Spy Vibe pays tribute to a number of espionage writers this week with a set of obituaries and memorials. Fans of naughty spy novels from the 1960s will be familiar with the work of Ted Gottfried, alias Ted Mark, and the Man From O.R.G.Y. series. Spy Vibers might not be aware that the writer passed away in 2004. To learn more about him, here is his obituary by Stephen Miller for the New York Sun. 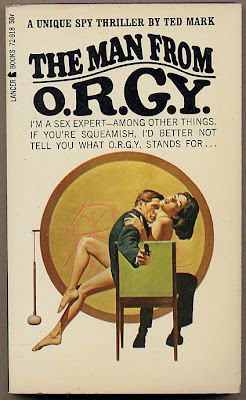 Ted Gottfried, who died March 7, was the author of more  than 100 books, many of them nonfiction volumes for younger  readers on topics as diverse as Holocaust denial, famed  inventors, and "Libya: Desert Land in Conflict."Yet it was  as the pseudonymous author of dozens of so-called pulps, cheap paperbacks with racy and exploitative plots, that he  had his greatest success.

Beginning in the 1960s, and writing under the name of Ted  Mark, he churned out such turgid titles as "The Nude Wore  Black," "The Square Root of Sex," and "I Was a Teeny Bopper  for the CIA." His books often featured the then  ultra-fashionable demimonde of spies and beautiful women,  and it was with a series of books titled "The Man From  O.R.G.Y." that he made his mark on the best-seller list. 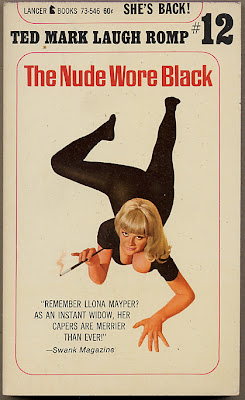 Always topical, the action in the O.R.G.Y. books traipses  lightly across the world stage, with a stop at the 1968  Democratic National Convention in Chicago and even touching  on the Tet offensive, which takes on a new shade of meaning  for "offensive": "I was personally attacked by a Cong  guerilla complete with bayonet, black pajamas, and breasts  shaped like hand grenades, only bigger and better."    In later years, when his writing had taken up more  serious topics, Gottfried would say that he felt an uneasy  combination of chagrin and pride in his pulp productions.  Having become an ardent supporter of feminist causes, he  felt he had portrayed women in too stereotypical a  light. Yet, he was gratified that the books remained popular  with pulp enthusiasts - they are a staple on eBay.    The books were part of a minor brouhaha in 1969, when it  was found that the Job Corps had been purchasing them for  use in remedial reading classes. 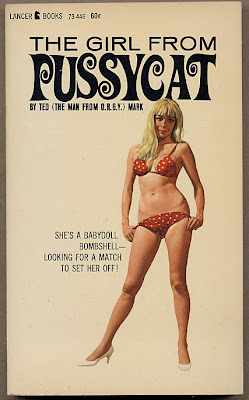 "The Man From O.R.G.Y.," the first of the series, was  made into a film of the same name in 1970. It opened to  distinctly muted reviews, nipping what might otherwise have  been a promising film-writing career in the bud. The New York Times film critic wrote,"A certain charming innocence  pertains to all the low-level vulgarity, as it does to the  plump, often pretty girls themselves, with their piled-up  hairdo's, their freighted eyelids, and their brave little  attempts to say their lines."   Yet the film was somehow inspirational; it "resembles not  so much a movie as a last bastion of individualist free enterprise against the encroaching collectivism of our  society." 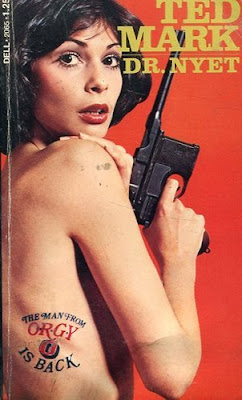 Ted Gottfried was born in the Bronx, the only son of  Russian immigrants who eventually settled in Far Rockaway.  His father was a World War I veteran and a tool maker whose  business suffered greatly during the Depression. Young Ted  harbored from an early age the ambition of becoming a  writer, and after just a year of college went to work as an  office boy in the publicity department at Warner Brothers.  In the 1950s, he began working as a writer for the men's  magazine Scamp. His first book, "The Midway at Midnight," was published under the pseudonym Leslie Behan in 1964.  Thereafter, writing on his favorite Underwood typewriter for  10-12 hours daily, he seldom produced less than four or five  books a year, and business boomed. He moved his growing  family to Cedarhurst, and was enough of a local celebrity  that Newsday ran a two-page spread on the best-selling  author who'd moved to town.

His relationship with his initial publisher, Walter  Zacharius of Lancer Press, soured, but he soon had a multibook deal with Dell, and later, writing as Blakely  Saint James, with Playboy Paperbacks.   In the late 1970s, his output slowed somewhat as he took  over as editor of Drake Publications, and also for a time of  the skin magazine High Society. In 1980, he was among the  authors who gathered to found the National Writers Union, a  group that advocates for authors. 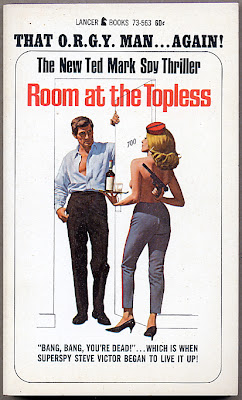 He continued to produce mainly pseudonymous, literate  smut until the late 1980s, when he started writing under his  own name. Writing mostly for younger readers, he penned  biographies of Georges Clemenceau and Enrico Fermi.  Issue-oriented titles followed, including "Public Safety and  the Right to Bear Arms" and "Individual Right V. Social  Needs." He was particularly proud of a series of books about  the Holocaust, with separate volumes treating child  victims, Nazi perpetrators, and those who deny it ever happened.

When he was a young man he had driven to Mississippi to  march for civil rights. When he was older, he marched for  women's rights. Slated to be published in August is "The  Quest For Peace: A History of the Anti-War Movements in  America." A passionate liberalism continued to pour from his  pen virtually to the end of his life.  Theodore Mark Gottfried  Born October 19, 1928, in the Bronx; died March 7 in Manhattan of complications of cancer of the neck; survived  by his wife, Harriet, five children, Julie, Daniel,  Katherine, Toby, and Valerie; two step-daughters, Melanie and Lisa, and 12 grandchildren.
Posted by Jason Whiton at 7:44 PM