New releases: UK distributor Network has announced the release of two classic UK thrillers starring Richard Attenborough (The Great Escape) in glorious Blu-ray editions: Leading the charge is one of the best heist films of all time, The League of Gentlemen: "A rogues gallery of the cream of British acting star in Basil Dearden's much-loved crime caper The League of Gentlemen. Jack Hawkins gives a memorable performance as an embittered former army officer, alongside Roger Livesey, Nigel Patrick, Richard Attenborough and Bryan Forbes – who also wrote the BAFTA-nominated screenplay. The film is presented here as a brand-new High Definition restoration from original film elements in its original theatrical aspect ratio. After being 'retired' from the army, an ex-Colonel nurtures a bitter resentment at his country's ingratitude. Luckily for him he's not the only one and he assembles a small group of bankrupt or embittered ex-army officers in a bid to stage an ingenious bank robbery." The second title is the wonderfully moody Seance on a Wet Afternoon: "Kim Stanley and Richard Attenborough give outstanding performances in this classy British thriller, with Attenborough winning a BAFTA for Best British Actor and Stanley scoring an Oscar nomination. Written and directed by Bryan Forbes – who also won a Writers Guild award, an Edgar and a BAFTA nomination – Seance on a Wet Afternoon is presented here as a brand-new High Definition remaster from original film elements in its original theatrical aspect ratio. Myra Savage, a highly-strung spiritual medium, convinces her weak-willed husband to fake a child kidnapping so she can offer her services to the parents when all seems lost. Though horrified at the prospect, he reluctantly goes along with the plan – but becomes more convinced than ever that Myra is losing her grip on reality." More info at Network. A reminder to readers in the States that you will need an all-region player to view Region 2/B discs. Enjoy! 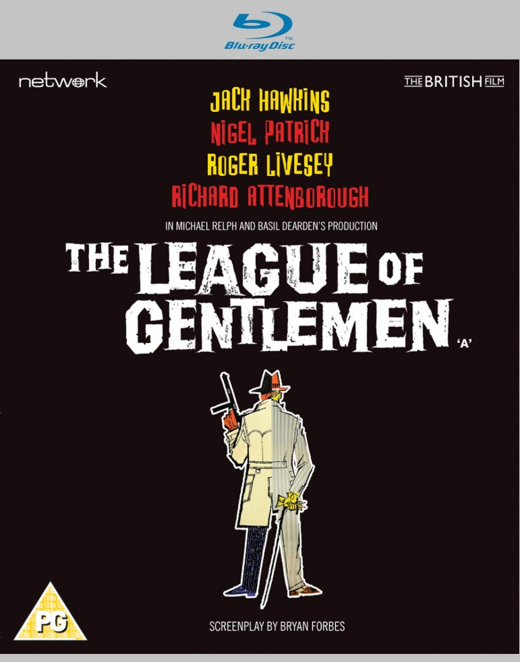 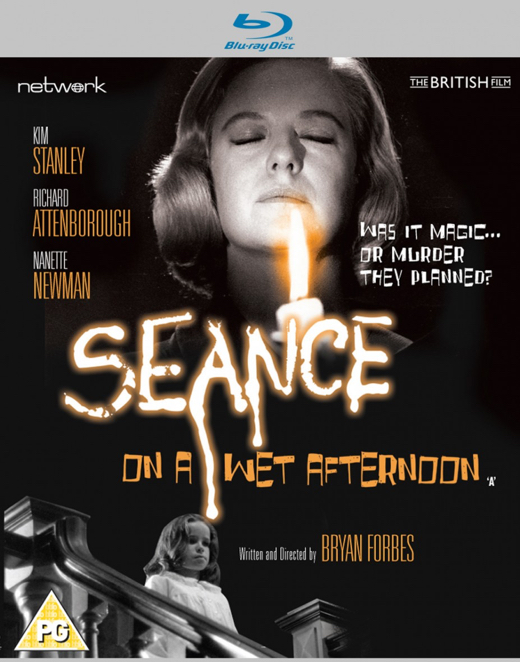 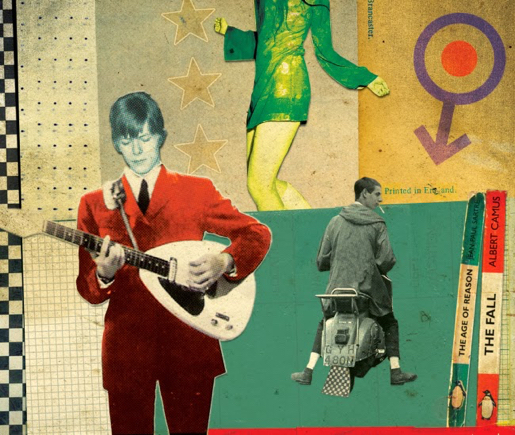 If an artist is always in the state of becoming, Bowie spent a lifetime exploring- trailblazing the outer limits and sending back transmissions of things to come. He stayed in the fast lane for forty years, recording albums, touring, and acting, until a heart attack on stage in 2004 made him take stock. He spent a nine-year hiatus to recoup and to be a stay-at-home dad (he and wife Iman had a daughter in 2000). But Bowie surprised everyone in 2013 with an outstanding new album called The Next Day, which was released during a flurry of art shows and a massive retrospective at the Victoria & Albert Museum. The V&A exhibit celebrated his career in music, fashion, graphic arts, fine art, and set design, all of which which Spy Vibers can see in the exhibit catalog, David Bowie Is.  He recorded The Next Day in secret- his first album in ten years- and it quickly went to number one in charts around the world. The vibe of the record was energetic and experimental. Probably of interest to Spy Vibers, Bowie also seemed to mine his "Berlin period" with Brian Eno and Iggy Pop during the 1970s by re-exploring themes of the city, most notably in Where Are We Now? The cover image itself was a re-appropriated version of Heroes, made originally in 1977. Fans enjoyed spotting various references to the artist's past, including a connection between Five Years (Ziggy Stardust/1972) and the track, You Feel So Lonely You Could Die. Besides its sweet echo of Presley's Heartbreak Hotel (Bowie and Elvis shared a birthday), the more interesting layer to this song was its thematic connection to tradecraft and the dirty business of espionage. One couldn't miss the allusions to dead drops, secrets, betrayal, and assassination. During promotion for The Next Day, Bowie starred in a video for another track, The Stars (Are Out Tonight), with the wonderful Tilda Swinton, who was also invited to give the opening speech for the exhibit at the Victoria and Albert Museum. Below: still from The Stars (Are Out Tonight). 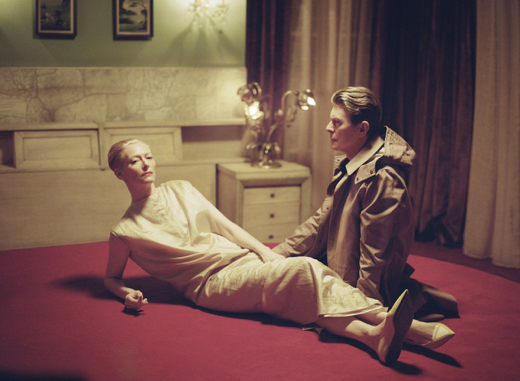 Swinton herself had an artistic fascination with Berlin. She made an experimental film study of the Berlin Wall in 1988 called Cycling the Frame. Twenty-one years later she starred in a marvelous and meditative film that re-examined the presence -even in its absence- of the Wall called The Invisible Frame (2009). The film invited the viewer to travel with Swinton by bicycle along the scars and remnants of the Wall, an experience that became a long portrait of the city and of perceptions of identity and territory. Below: Bowie's The Next Day ala Berlin-era iconography Heroes. 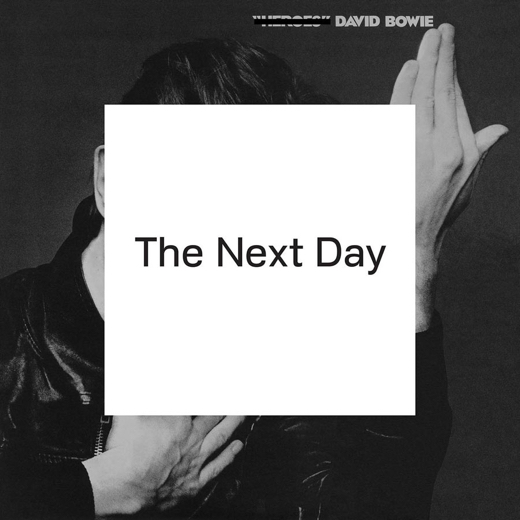 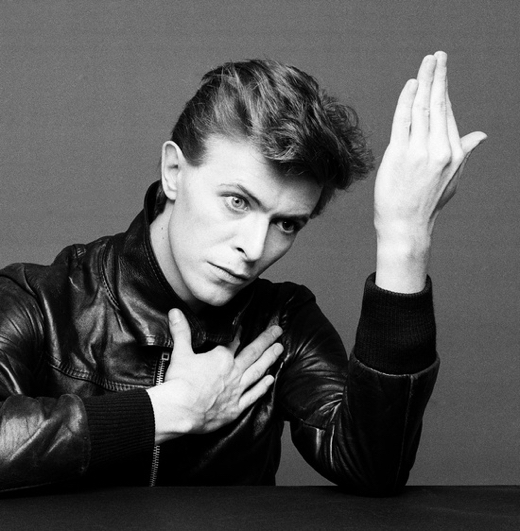 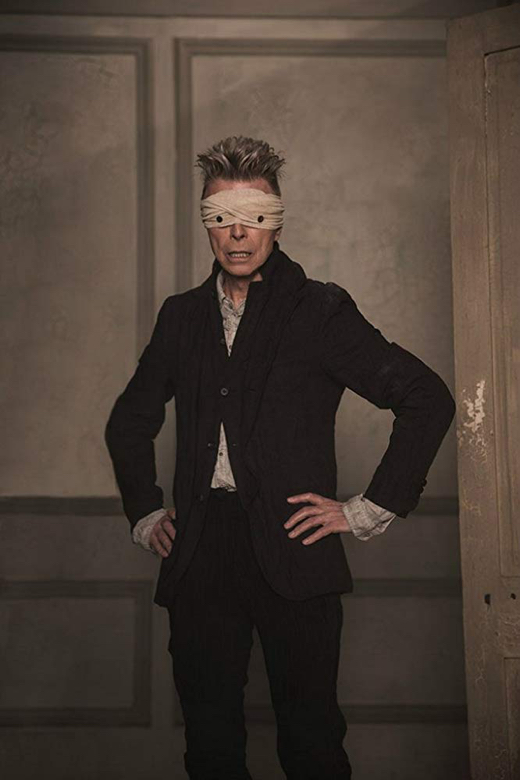 A final small batch of songs (No Plan) and a stage musical Lazerus (inspired by the 1963 novel The Man Who Fell to Earth) were released posthumously. Like many people, I still feel that it's difficult to reconcile Bowie's passing. It's been hard to imagine someone so creative, so prolific, and so forward-moving would ever stop. And although I can't quite understand a world without him, I know his creative spirit lives on in his work. When Tilda spoke about Bowie at the V&A, she talked about how he had been a kind catalyst for so many people to embrace their alternative identities and basically let their freak flags fly. I like to think that his own courage and individuality will continue to inspire young people to follow their own vision, whether it be about personal identity or about creative ideas. Below: The young Mod with so many miles still to go! 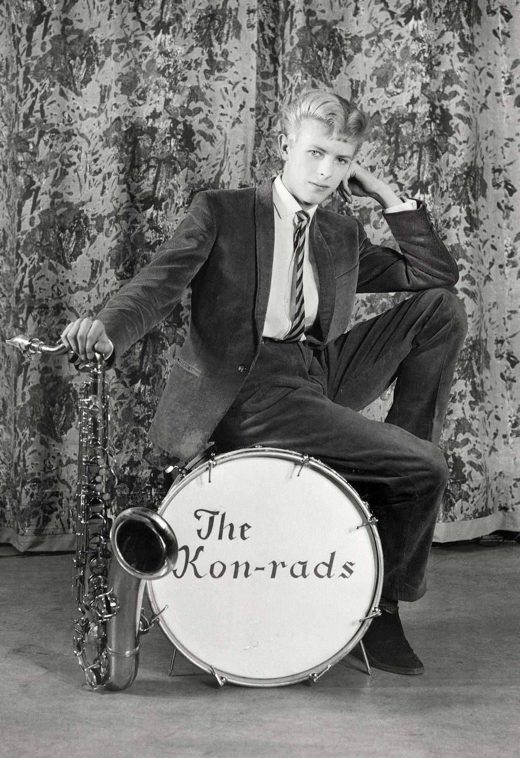 For Spy Vibers who have never explored the fascinating career of David Bowie, you have a lot to look forward to! Although it's difficult to choose a short list of his work, here is my "Essential Bowie." If 1960s-era material is a priority, check out the Deram album, David Bowie (1967) and the 1969 promo film, Love You Till Tuesday. 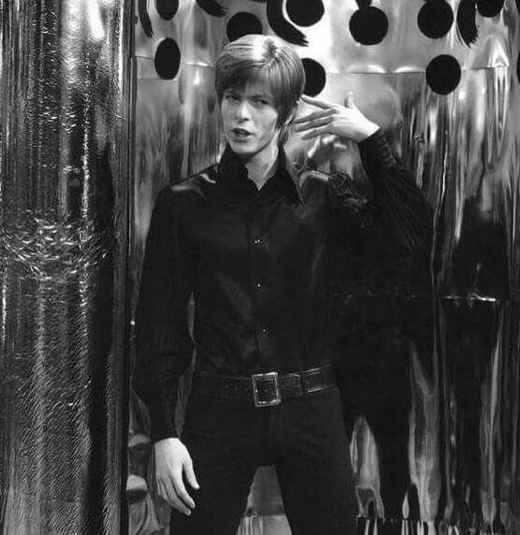 Deal alert: UK distributor Network has announced their winter sale! For Spy Vibers new to Network, these guys are a bit like the Criterion Collection for cult UK TV shows and films. Which really means they produce fantastic DVD and Blu-ray sets collecting many of our favorite 60s spy, thriller, sci-fi, and comedy classics. And for soundtrack collectors, they also produce wonderful LPs and CD sets. The current sale covers a number of great titles (I've compiled a batch that caught my eye below, including greats like Danger Man and HG Welles' Invisible Man). Fans in the US will need an all-region player to play region 2 discs. Sale ends January 20th. More info at Network. Enjoy! 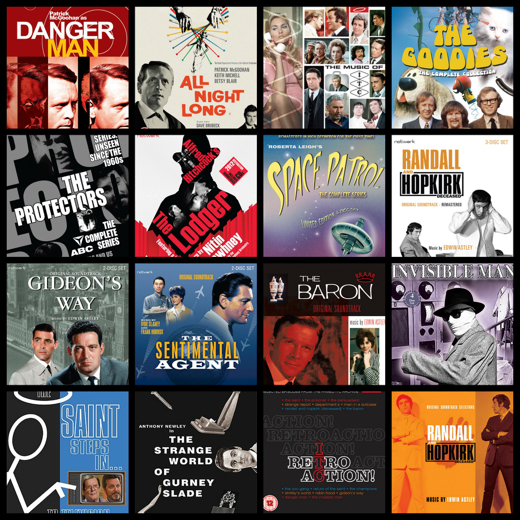