Happy Birthday, Sir Ringo Starr! Born Richard Starkey, Ringo had rough beginnings on the streets of Liverpool, with serious illnesses and "hard knocks with rival gangs." The skiffle craze carried him into a lifetime career in entertainment when he formed Eddie Clayton Skiffle Group in 1957. He joined the Raving Texans in 1959- renamed Rory Storm and the Hurricanes- as Rock music prevailed as the dominant form. Ringo's band with Rory was super popular in Liverpool and Hamburg, where life on the road brought him into contact with John Lennon, Paul McCartney, and George Harrison. Won over by Ringo's steady beat, warmth and humor, The Beatles eventually welcomed him as their new drummer on August 18, 1962. The rest, as they say, is history. 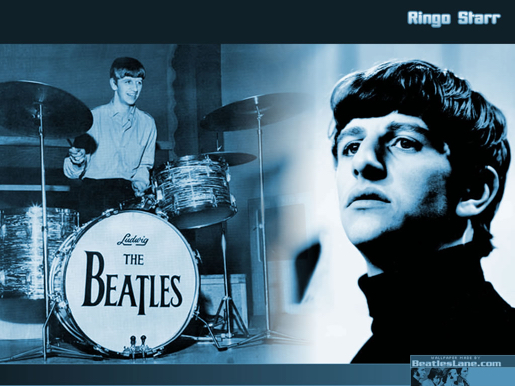 Ringo turns 78 today and he is still rocking the world tours (Fall 2018 dates here). I saw him again a couple of years back and it was one of the best shows I've ever attended. Great vibes, amazing musicians, fun to sing along, and he was warm and interactive with the audience. He also made the news recently when he was... knighted! Congrats Sir Ringo! Additionally, Ringo's childhood neighborhood in Liverpool, Admiral Grove, is under major renovations right now. I was hoping we might see a new addition to Liverpool's Beatles home tours from the National Trust, but the 70k sale apparently came with restrictions not to turn the property into a museum or tourist attraction. Given how small and narrow that street is, I suppose it makes sense to keep history buffs on the main road for their view. Catch up on Ringo's new projects at his official website here.

When celebrating the artistic and cultural vibe of the 1960s, one cannot overstate the impact of The Beatles. But even with so many anniversary exhibits spotlighting the era, it is rare to see the personal archives of the band members. John Lennon and George Harrison have been honored with displays at the Grammy Museum and I was able to make frequent visits to The John Lennon Museum in Tokyo, which housed most of Lennon's artifacts during the late 90s and early 2000s. Beatles drummer Ringo Starr sold much of his archives in 2015, but he has been producing some beautiful art books of his photos and mementoes with Genesis Publications. 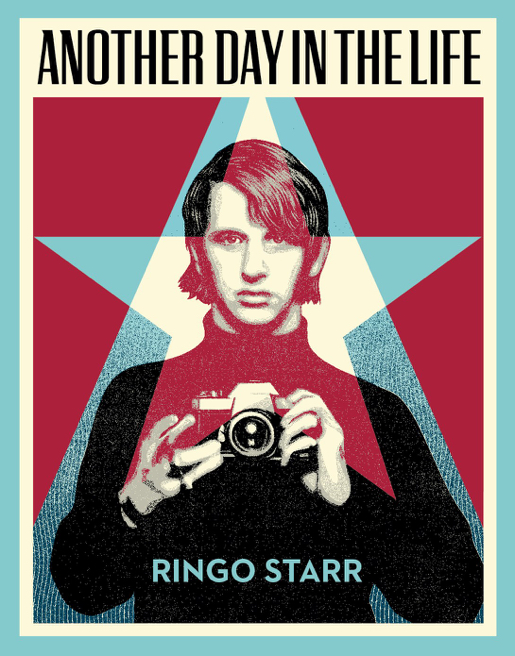 The newest project is called Another Day in the Life. From the press release: "Following the sell-out success of Postcards From The Boys (2003) and Photograph (2013), Genesis is excited to announce Another Day In The Life by Ringo Starr. The third in Ringo's series of books presents a previously unpublished collection of his photographs, introduced and narrated in his own words. Reflecting his love of music, travel and nature, Another Day In The Life shows us the world as seen through Ringo's eyes. From Los Angeles to Tokyo and everywhere in between, many of Ringo's observational images celebrate the quirkiness of life. Other photographs are taken behind the scenes during historic events, such as Ringo's acceptance of a Grammy Lifetime Achievement Award and his return to New York's Plaza Hotel, 50 years after The Beatles first visited the USA."

Curious about Ringo's role in music? This is what the world's greatest drummers all have to say about him:

Before his estate auction, Ringo was on hand to open an exhibit at the Grammy Museum in Los Angeles, which I was able to attend. The show included his original Ludwig drum kit from the Ed Sullivan show (a kit that launched a million drummers), and other rare instruments. I was also excited to see iconic items like Starr's "Beatle boots", collarless Cardin suit, and his Sgt. Pepper costume. Interactive displays included a drum kit with a video lesson from Ringo and a sing-a-long area with clips from Yellow Submarine (1968). In a tour of the museum with journalists, Ringo said that he did not actively maintain the collection and that he was thankful to a number of assistants for keeping the artifacts safe in storage. Among the items he was "blown away" to discover was a letter from his pre-Beatles bandmate, Rory Storm, and one of their concert posters from the early 1960s. Big thanks to my pal at Double O Section for taking me to this exhibit! Like many fans, I would love to see all four Beatles represented in a comprehensive museum exhibit someday (V&A, are you listening?). Grammy show video below. By the way, Ringo's 2015 auction fetched 9.2 million, with part of the proceeds going to the Lotus Foundation (you can support the foundation now through Ringo art sales).

Many of Ringo's best post-Beatles songs are about relationships and include a number of collaborations with fellow-Beatles and other friends from the industry. The songs lyrically express Ringo's emotions of love -and loss- of the people in his life. The cream of his work is often touching and down-to-earth, a quality that speaks to his early passion for country music (Ringo's second solo album, Beaucoups of Blues/1970, was a collection of country songs). He even got to return to his skiffle roots on an album with Lonnie Donegan! Ringo spent his wild years in the 1970s, making mayhem with pals Keith Moon and Marc Bolan, and appearing in two all-star Rock events -George Harrison's Concert for Bangladesh and The Band's The Last Waltz. Stop and Smell the Roses (1981) was planned to include all four members of the Beatles. Ringo recorded with George Harrison and Paul McCartney in 1980, but John Lennon was killed in December before the two could meet in the studio. The record includes Harry Nilsson, Stephen Stills, Al Kooper, Ronnie Wood, and ends poignantly with promo spots for gun control. Photo below with wife (and James Bond girl) Barbara Bach (The Spy Who Loved Me) at the premiere of Cirque du Soliel's LOVE show in Las Vegas in 2006. See discography here. Check out Ringo's IMDB page here. 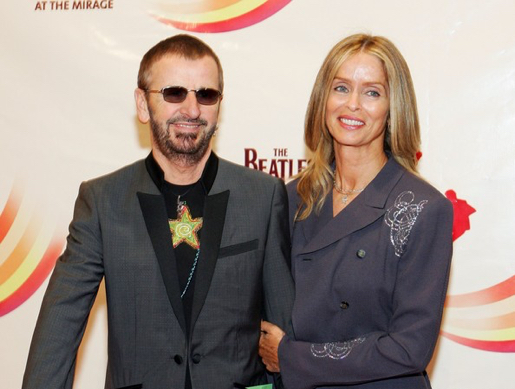 I hope you will spend some time with Ringo Starr today on his birthday! Here are some of my favorites. Enjoy! 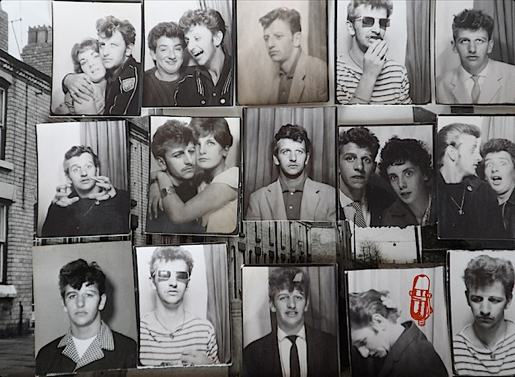