Spy Vibers, I'm on a mission and look forward to sharing photographs with you from all the major filming locations from the great 1960s series like The Prisoner, The Avengers, The Saint, and many more. Stay tuned! I'll try to post updates en route. In the meantime, check out a Spy Vibe classic that may have slipped off the radar. Looking for a luxury lair to rent for your next secret rendezvous? If Ian Fleming's GoldenEye estate is already booked in Jamaica, consider lounging at Frank Sinatra's Twin Palms in California. Designed in 1947 by E. Stewart Williams, this Mid-Century Modern estate sports a swanky living room area with Sinatra's original home recording outfit by Valentino Electronics of Hollywood, a piano-shaped pool, and four luxury master and guest rooms for your agents and minions. The house has been restored with vintage designer furnishings and memorabilia and has been featured in Architectural Digest, Town and Country, The Travel Channel, and many other media outlets. The Sinatra House is situated in the Movie Colony neighborhood of Palm Springs, where Sinatra lived for ten years. Living it up like Ol' Blue Eyes doesn't come cheap, however, so consider booking after world domination. Rental info here. Below are contemporary images from the official site, where you can compare with vintage photos from Sinatra's time. More about Twin Palms here. Learn more with Palm Springs Mid-Century Modern and Julius Shulman: Palm Springs. Related Spy Vibe posts: Dieter Rams Braun exhibit, Schulz Modern, Futuro Cool, Cold War Lairs, Julius Shulman, Modern Architecture LP, Erno Goldfinger, Fortunato vs. Panton, The Goldfinger Variations, Bond Versus Modernism. Set For Adventure. Enjoy! 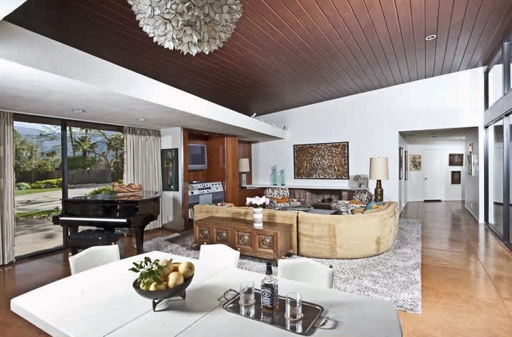 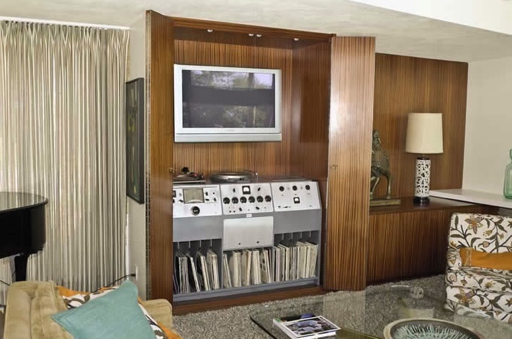 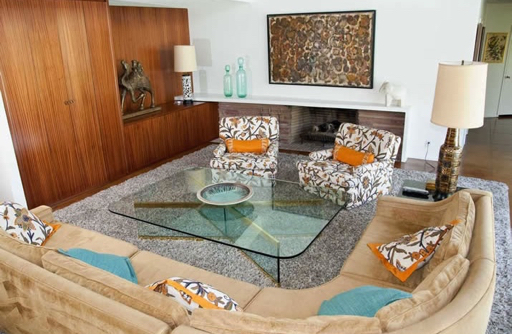 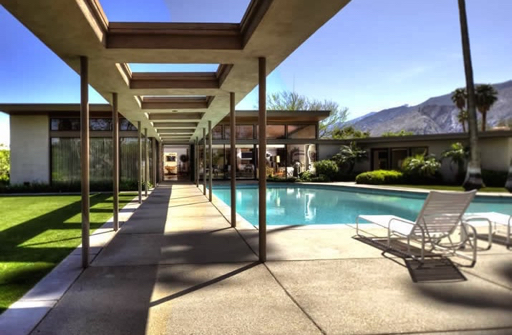 Spy Vibers will probably remember when we spoke with artist Katharine Boyd about her comic book Mod Tales 1. Inspired by her experiences as a Mod and by films like The 10th Victim, Agent K set out to create comic world that pays homage to all things Spy Vibe. I recently worked as the editor for Mod Tales 2 and Katherine and I are now collaborating to create an adult Mod coloring book! She recently visited the Spy Vibe lair to talk about the new Mod Tales, as well as a new series of mini comics. Agent K, welcome back to Spy Vibe! 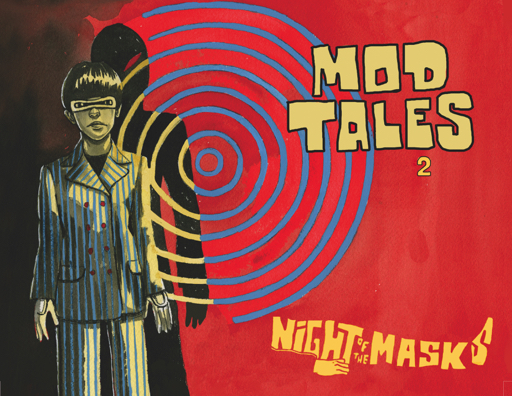 Let’s start with the mini comics. Tell us a bit about the length and the stories you’ve featured in that format.

I'm keeping the format short no more than two-three pages. I like this because it forces me to get to the point and the atmosphere of each scenario. The first mini-comic story shows a mannequin who witnesses a crime and the second is an uncanny meeting with Death at a pinball arcade. 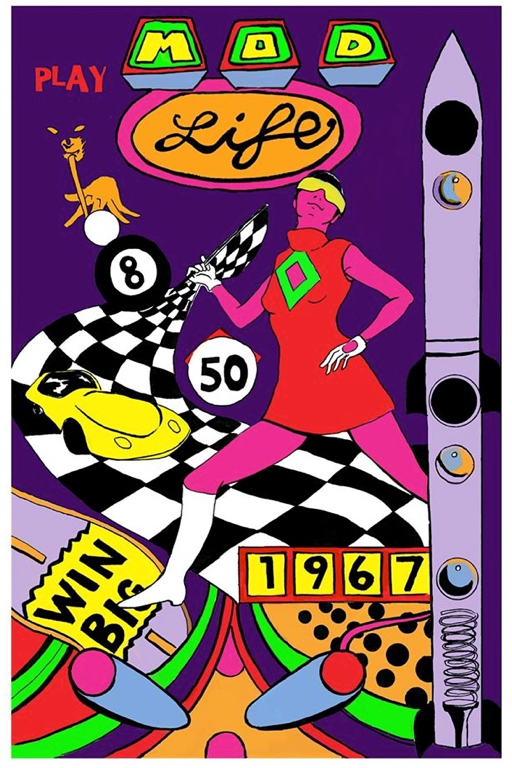 In terms of imagery or situations, were you inspired by any particular references from the 1960s?

I seem to keep coming back to the art of Guido Crepax and Jim Steranko. As for situations, these are from various movies I've seen and particular photographs or ads from the 1960's. I just imagine what would the story be behind this image.

The most recent mini sports some really beautiful colors. Do you think you’re getting bolder with color?

I hope so, I'm trying not to hold back as much and just have fun with different pop colors.

Because I was your editor for Mod Tales #2, I know what a task it is to build a cohesive world and narrative in a full comic. How do find the mini format in regards to those pressures?

I love the mini format just because of my experience with the first two mod-tales. Making a shorter piece makes me work quickly. I think of them as warm up stories. Creating a longer comic takes much longer and because making comics isn't my full-time job, I can lose interest in the overall completion of the work. 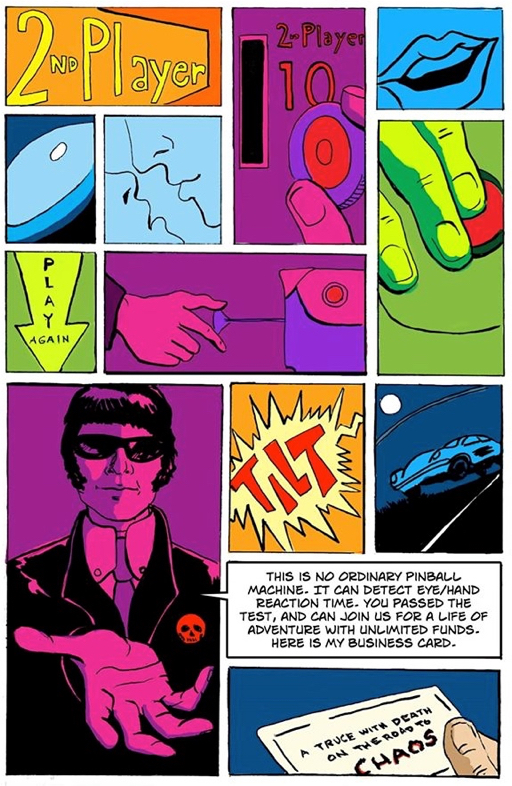 Can you introduce readers to Mod Tales #2? How do you describe the story and set pieces?

The story of Mod Tales 2- Night of the Masks, Features Agent K and The Eye from Mod Tales 1. It's a more complicated narrative about time traveling between two major cities: New York City and Paris. Basically, the cliffhanger from Mod Tales 1 is resolved and Agent K moves to a new mission that takes her to the seedy underworld of New York City in the 1960's. It was complicated because of different characters and trying to get the idea of psychedelic time travel.

You worked more closely with Jhalal Drut and me on this issue. Describe the process of collaboration from your perspective.

As usual, J gives me a scenario or some images to think about. I really rely on his rough sketches as they help me understand the story that he has written.  Then I redid a rough draft of the story scene by scene. I then started drawing the pages large scale 18 X 24" and inked them. When I compiled it and showed it to you Jason, and you saw all the gaps of the story and plot lines that needed tidying up. I believe that many writers and artists can't see or don't want to see gaps or confusions when they're in the middle of the messy process of creativity. I recall being on a mission one day to finish all the drawings and did a three-day drawing marathon to finish and you were really pushing me to make the narrative more cohesive. Galine Tumasyan did the cover of Mod Tales 2. She's an amazing artist! 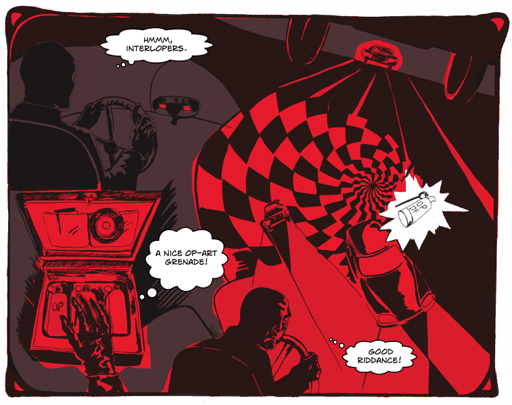 I think you explored some new visual styles, as well as format. Can you talk about some of the challenges and fun discoveries while making this issue?

I just kept pushing myself to do what didn't feel comfortable and easy.  J had suggested that we do a European Comic format (landscape) and then I wanted to find a way to differentiate the Paris scenes from the New York scenes and decided to draw these fancy Art Nouveau borders by hand, which now seems a bit ridiculous because they took forever to draw. I also wanted to be better at using some digital coloring formats. It's still very basic, but I wanted a flat Pop Art look and my Photoshop skills did improve a little. I need to learn Illustrator.

Does the comic pull from any specific pop-culture references?

The fabulous movie The 10th Victim, There is a bit of 60's European comics feel too and a bit of Marvel style.

You’ve been able to promote the comic at a few events and we’ve been able to be at some together. Tell Spy Vibers a bit about some of the special appearances and convention experiences.

I was very honored to be asked to be at Luma Con in Petaluma, California,  and as a guest artist at the Charles Schultz Museum in Santa Rosa, California. It was fun to meet fellow artists and young artists and children and to hear their stories and see their art.

What’s next for Mod Tales? 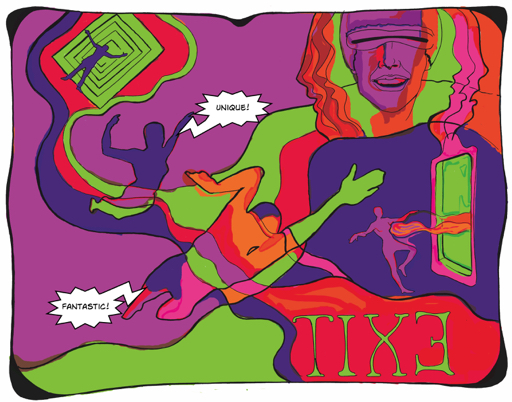 Spy Vibers, if you are redecorating your secret lair this summer, take a look at the new series of prints at Art & Hue. Agent Odysseus has just added a new line to his collection of Pop Art images based on The Avengers. Spy Vibe spotlighted his Steed and Peel posters last year. Now get ready for Purdy! From the press release: Art & Hue is pleased to present Joanna Lumley, a new pop art collection inspired by the absolutely fabulous model, Bond-girl, and Avenger. An official collaboration with Studiocanal, think Andy Warhol meets Patsy Stone in this new range of six stylish pop art prints featuring national treasure Joanna Lumley. For six decades, Joanna Lumley has left her mark in iconic productions that endure to this day, most gaining a cult following and lifelong fan-base, from "On Her Majesty's Secret Service" and "The New Avengers", to "Sapphire & Steel" and of course "Ab Fab". Available in 18 colours and 3 sizes, the collection is printed on 310gsm fine art archival matte paper, made from 100% cotton, using pigment inks which last several lifetimes, and come in three sizes that fit widely-available picture frames. More details below. 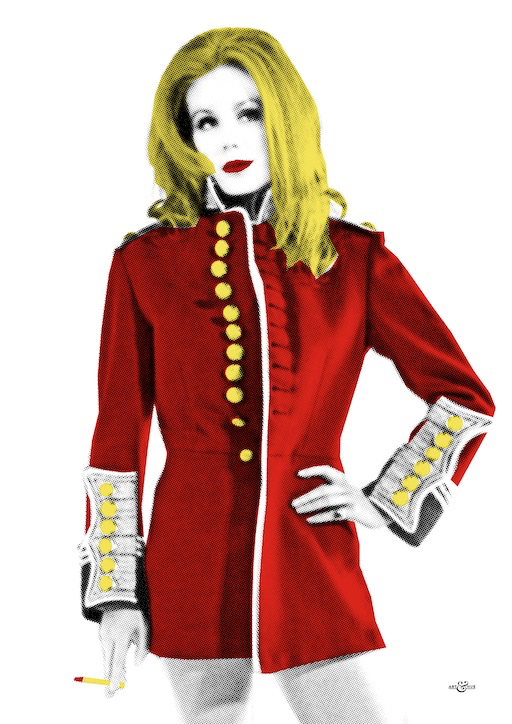 Since the 1960s onwards, Joanna Lumley has left her mark on each decade in iconic productions that endure to this day, most gaining a cult following and lifelong fan-base. In 1969, Joanna draped herself elegantly into an armchair on Piz Gloria playing a glamorous Bond-girl in fan-favourite “On Her Majesty’s Secret Service”, which also starred fellow-Avenger Diana Rigg. Unlike Honor Blackman and Diana Rigg, Joanna Lumley appeared in a James Bond film before becoming an Avenger and working with the quintessential gentleman, Patrick Macnee as John Steed. Purdey kicked her way across our screens, and into our hearts, in 1976 with a fashion-forward haircut which sparked a trend, although the producers weren’t happy initially as the publicity photos to promote “The New Avengers” were taken when Joanna had long hair. Purdey was a strong and modern woman, continuing the legacy of “The Avengers” to empower and inspire young viewers. One of Joanna’s most unique roles was as a Time-Agent with The Man from Uncle’s David McCallum in the sci-fi series “Sapphire & Steel”. Her eerie other-worldly character hitched more fans to the Lumley wagon and with good reason – her captivating performance and shining eyes made the show an instant cult-classic." Read more about Joanna and the new Pop Art series at Art & Hue. Enjoy! 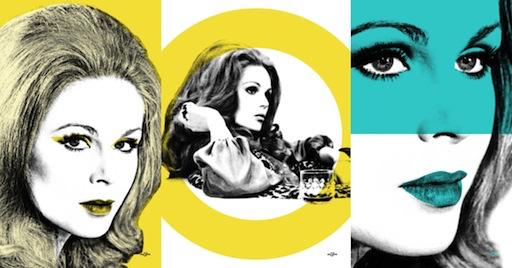 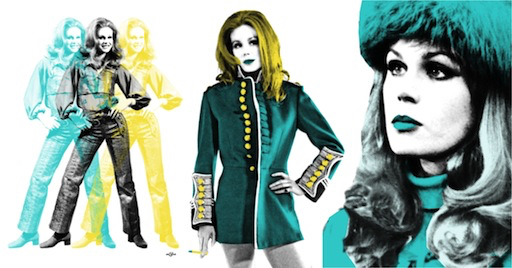 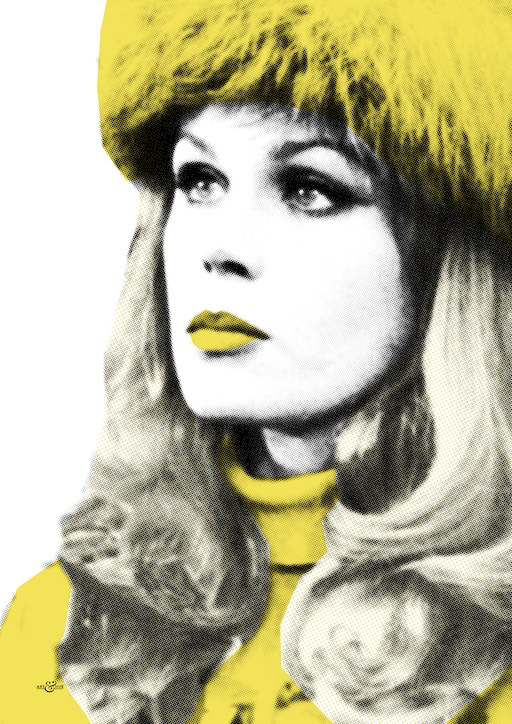 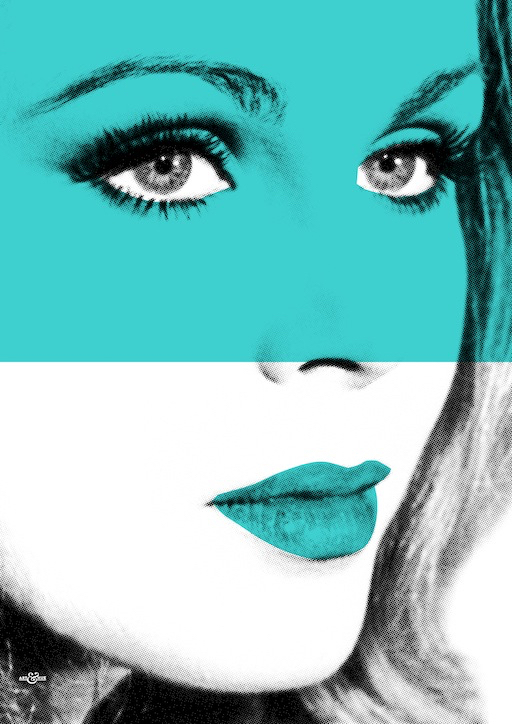