If you see one film during the holiday season, Spy Vibe recommends The Imitation Game. The backstory of Alan Turing's time at Bletchley Park during WWII included regular strained meetings with James Bond author Ian Fleming. Fleming's talent was to dream up scenarios, including schemes to steal an Enigma machine and code intelligence during the Dieppe Raid and from a captured naval vessel (Operation Ruthless). Fleming's diary entries referred to Turing's disappointment over these failed missions and new articles in The Guardian and The New Yorker suggest that the two were working under extreme pressure to withhold secrets from their allies (often at heavy expense), and to spread misinformation to outwit their enemies. Turing's vision also played a part in the development of the computer. As interesting as these connections may be to us spy fans, The Imitation Game thankfully does not explore the scope of Turing's history in a broad way. Ian Fleming does not appear. Instead, the heart of this largely intimate film is revealed by the poster tagline- "Behind every code is an enigma"- and that puzzle is Alan Turing's own struggle (outwardly) to crack the Enigma and (inwardly) to reconcile his experience as "other" in society and in social interactions. There are many layers to this, which I don't want to spoil. Although the war provides important context in the movie, the story is ultimately a beautiful character study, masterfully performed by Benedict Cumberbatch (Sherlock) and Alex Lawther, as the young Turing. I went into the film completely unaware of Turing's experiences and accomplishments, and I found it quite moving. Enjoy! Spy Vibe trivia: Benedict Cumberbatch's mom is Wanda Ventham (Virginia Lake in Gerry Anderson's UFO)! Turing Illustration below by Conceptcion Studios. Learn More: Alan Turning: The Enigma by Andrew Hodges, Enigma: The Battle For the Code, Alan Turing: Centenary Edition, The Secret Lives of Codebreakers, the film Enigma, and new articles in New Yorker, The Guardian. 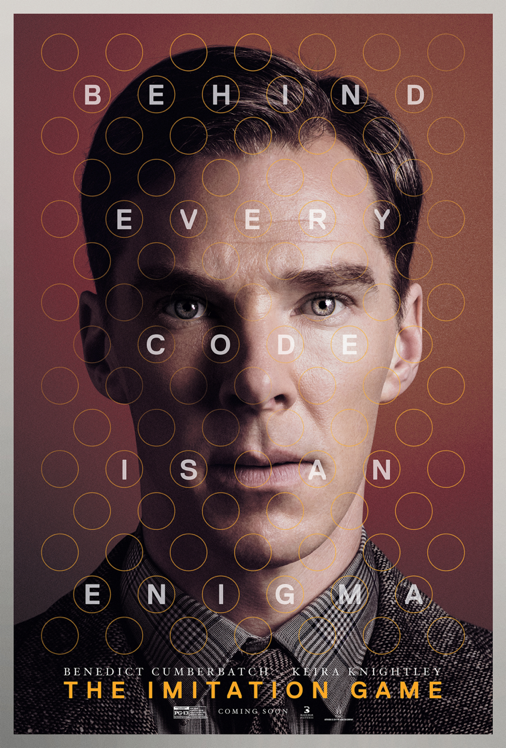 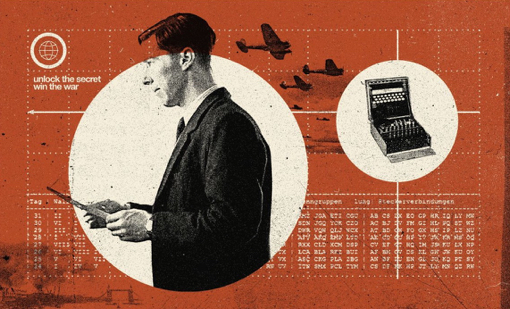 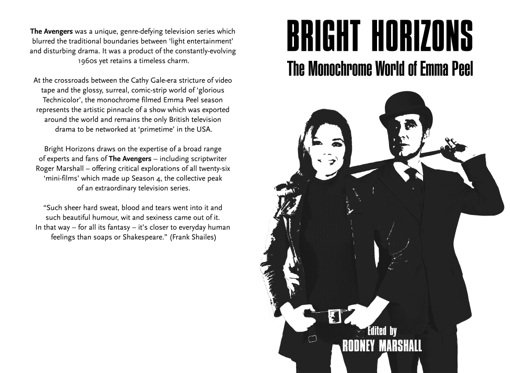 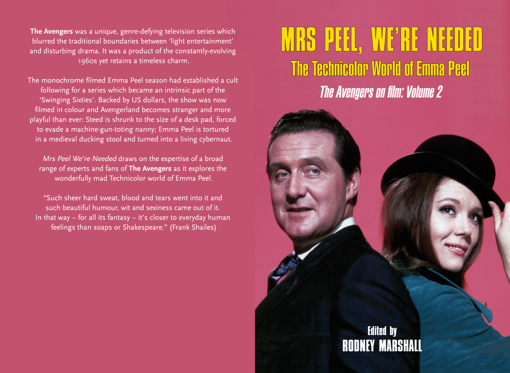 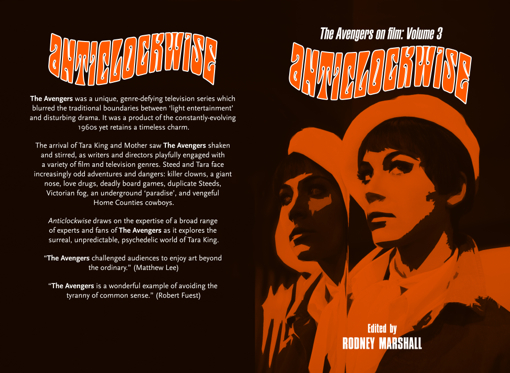 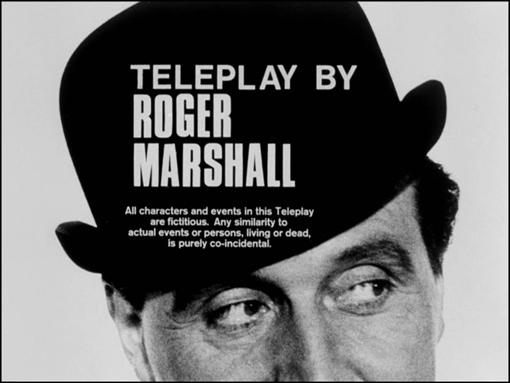 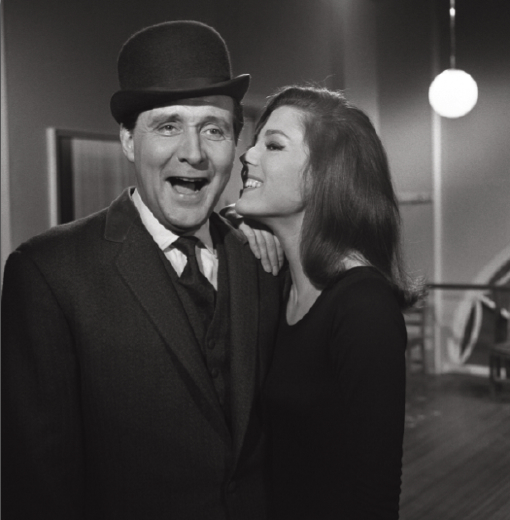 [ENDED] Deal alert: Amazon is running a special on Kindle editions of Ian Fleming's original James Bond novels. As a prime member, I'm seeing the ebooks listed at $1.99 (marked down from $7.99). I believe this is a part of their Year-End Deals, and not exclusive to prime members. The sale also includes Solo by William Boyd. Raymond Benson's The Facts of Death is currently listed at 0.99.  If you have a Kindle, this is a great time to fill it up with 007! Ian Fleming at Amazon link here. Enjoy!

New release: Egmont UK has an exciting new book coming out that will interest fans of Gerry and Sylvia Anderson. Gerry Anderson: The Comic Collection is a 288-page hardcover anthology of illustrated stories about characters from Captain Scarlet, Stingray, Thunderbirds, Fireball XL5, and boy-spy Joe 90. It also features essays about artists Frank Bellamy and Mike Noble and a brief history of the strips. Gerry and Sylvia Anderson cooked up the quintessential adventures of the 1960s, capturing Space Age thrills and Cold War intrigue. For Spy Vibers still looking for more Anderson, these comics offer additional tales that didn't appear on-screen. First-generation fans who read the comics will remember that The Man From U.N.C.L.E. appeared in Lady Penelope comics in the UK. I don't believe it is included in either this collection or in the Thunderbirds comic set. Likewise, the TV Action/Countdown titles included cult-classic strips like Star Trek, Land of the Giants, Doctor Who, and Burkes Law. Perhaps more treasures to mine in the future, so stand by for action! Gerry Anderson: The Comic Collection will be published on February 1st. More info at AmazonUS, AmazonUK, and Bud's Art Books. Related posts: Inside Gerry Anderson, New DVD Collections, Anderson documentary, Thunderbirds Comic Collection, License to Kill Puppets, Anderson Models, Sylvia Anderson Fashion, The Prisoner and Captain Scarlet, Set Design Countdown #9, Nehru Jackets. Learn More: Anderson comic history, Graham Bleathman, Gerry Anderson, Mike Trim, Mike Noble. Images below: The cover design for the new book; Archive images of Mike Noble with one of his strips and one of his illustrations of Captain Blue from Captain Scarlet. Enjoy! 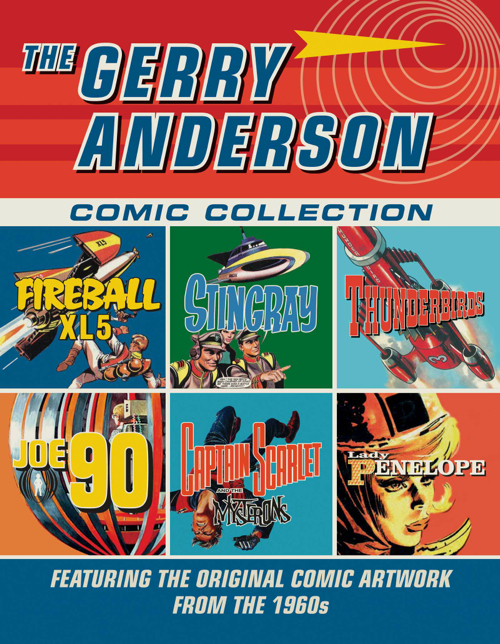 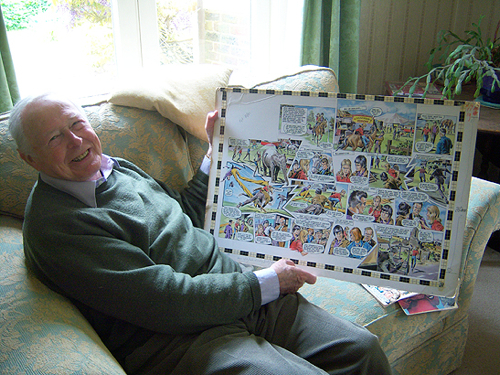 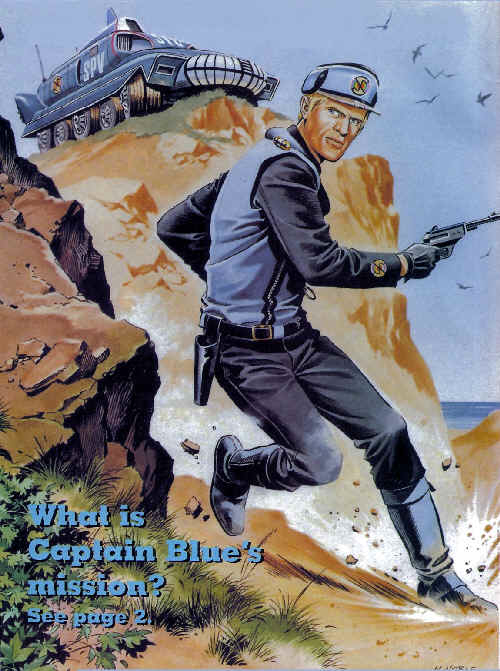 Bing Crosby was once called the Mick Jagger of the 1920s. Spy Vibers who only know Der Bingle from his later years and Christmas tunes would be surprised to see him at his youthful prime, belting out hot jazz numbers with the likes of Bix Beiderbecke, Frankie Trumbauer, and Eddie Lang. Bing was really the first super star, reaching the #1 spot as America's entertainer on radio, film, and records. He essentially played himself in public, cultivating a relaxed, casual vibe. Way before the hat and pipe, viewers were introduced to his trademark cool in a series of Mack Sennett shorts in the early 1930s. On Christmas Eve 1962, ABC aired the Bing Crosby Christmas Special for Clairol (his fourth special and the network's first broadcast in color). The show included guests Mary Martin and Andre Previn, and featured this fantastically modern dance devoted to Bing's casual lifestyle, Doin' the Bing. I love the design choices, from the costumes and minimal staging to the use of contemporary furniture. If your season is filled with White Christmas and Holiday Inn and you crave more Bing, I challenge you to master this hilarious (and charming!) dance. Happy Holidays from Spy Vibe! Suggested Bing CDs: Bix n Bing, 16 Most Requested Songs, Some Fine Old Chestnuts, Bing in Dixieland, So Rare, Johnny Mercer Songbook, Irving Berlin Songbook, And Some Jazz Friends, Fancy Meeting You Here, Favorite Hawaiian Songs.