The incredible world of James Bond is filled with action, style, saucy theme songs, and playful innuendo- perfect ingredients for cabaret! I sat down this week for a quick chat in the Spy Vibe lair with my old friend Peter McCabe to hear more about his new project, Shaken Not Stirred, which he created with Damien Gray. Since our days at boarding school, where he excelled in the dramatic arts, Peter has spent his years as a New York based writer, teacher, actor, producer and dramaturg. He writes off-off Broadway plays, and burlesque operas, has taught writing and literature at the City University of New York, produced LIZZIE (a rock and roll musical about the double bludgeoness Lizzie Borden), and has been the Resident Dramaturg at the HERE Arts Center since 2009, where he assists in the development of inter-disciplinary theater work. Now he and Gray have aimed their talents at 007 to create Shaken Not Stirred: The Music of James Bond. As their press invites: "Come dressed to kill, grab a drink, and take aim at a night of music with everyone's favorite secret agent. Served straight up with a twist, Shaken Not Stirred: The Muisc of James Bond is New York's favorite cabaret of intrigue, featuring songbook hits like Goldfinger, Diamonds Are Forever, Skyfall, and more. You can Die Another Day- don't miss the dancing assassins, variety performers, and New York's top musical talent in this immersive cabaret perfect for Bond fans, secret agents, and anyone looking for a great martini." Welcome, Pete!

The show sounds like a fun cocktail of James Bond tunes, satire, and burlesque. Tell us a bit about the program you’ve created.

The program we've created is a concert, that happens all around you. People eat, drink, and are entertained in any direction they look. There are a lot interactions between the performers and the audience, private humor, individuated encounters, sometimes the dancers will take audience members out for a private experience, there's certainly a generous share of surprises, but the meat of the show is great singers singing great songs.

Nice! What are some of the Bond conventions you reference? It sounds like you played with Fleming’s knack for innuendo.

We've created a character who fancies himself a well dressed ladies man. We have some sultry sirens who are beautiful, but dangerous. We have a trio of dancers, who play on the Bond Girl fantasy, a few villains, and yes, no shortage of innuendo. The fun thing is once you start there's no need to stop. The Man with the Golden Gun, etc. 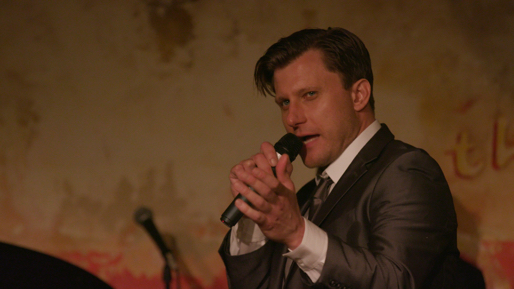 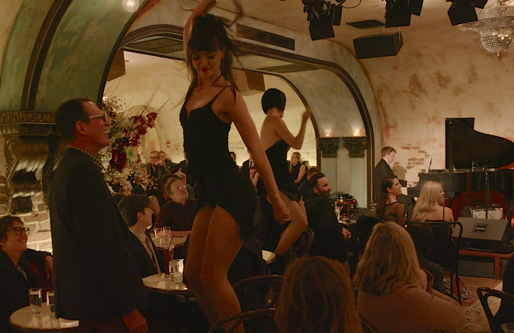 With 007 music going back to 1962, how did you guys choose which songs to include?

We put a list together that mixes and matches the songs in a progressive order, big, small, fast, slow mash up, etc. There is a "thinly vailed narrative" that loosely weaves them together and allows for a lot of humor and double entendre, but mainly songs best suited to the singers' voices. If you've ever hung out with musical actors after hours, and they top each other with their favorite tunes and backstage humor; that's a lot of the feel of the show.

Sounds fun! Where can Spy Vibers see it? How long will the show run?


The show has two performances every Sunday at The Django- this beautiful restaurant/jazz club in The Roxy Hotel in New York, through November 19th. Tickets can be bought at Shaken Not Stirred. There are two different versions of the show with different casts and slightly different programs. We are hoping to expand and have the show in Las Vegas and Miami. 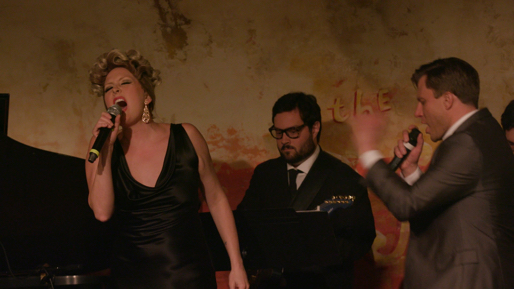 That would be fantastic! And It's cool to hear the audience can have different experiences depending on their time of entry. I don’t think we ever chatted about Bond in High School (confession: I often carried a Walther PPK capgun in the breast pocket of my blazer in an early form at Cosplay during formal events!). What were your fave Bonds growing up?

I was a Sean Connery guy for the Bonds, but I always preferred the Villains. Jaws, Odd Job, Dr. No, and the like.

Pete, if you were a diabolical mastermind, what would you choose as your secret lair?

I am a diabolical master mind, so I think an urban palace with lots of spiral staircases, secret passageways, an Edwardian library, and access to the launch. A friend went to Prince's house and said he had a glass-top, pool dance floor with an ankh in his private house club- maybe with one of those! 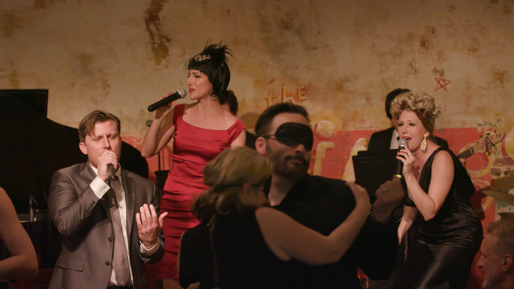 I always knew you were a master mind! Your secret is safe with us. Folks, I still have vivid memories from our youth of enjoying Peter's energy and talent for theater. And now- James Bond! I urge Spy Vibers in the NYC area to make time for this 007 experience. Performances run Sunday nights September 10 - November 19, 2017 at The Django, a Parisian jazz age inspired club in The Roxy Hotel." Tickets available here. 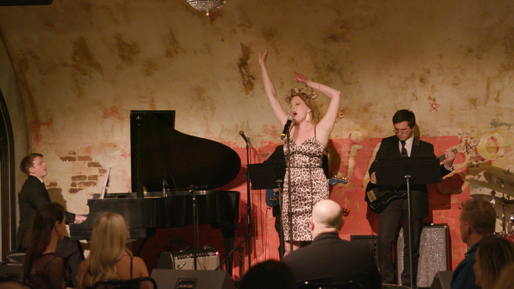 In other news, check out my episodes of the Cocktail Nation radio show out of Australia: Episode #1 (Danger Man) and Episode #2 (The 10th Victim), Epsiode #3 (On Her Majesty's Secret Service), Episode #4 (Roger Moore/The Saint), and Episode #5 (The Avengers), and Episode #6 (The Prisoner), Episode #7 (The Ipcress File). And tune in to Cocktail Nation -the number one lounge music radio show- every week for cool soundtracks, swingin' jazz, news and more. Hey, did you know Spy Vibe recently passed Two Million visitors? That was an exciting milestone! Thank you Spy Vibers for helping to celebrate 1960s Style in Action! If you can help us out, please consider dropping a few bucks in our Paypal tip jar at the top-left of this page. Thanks! 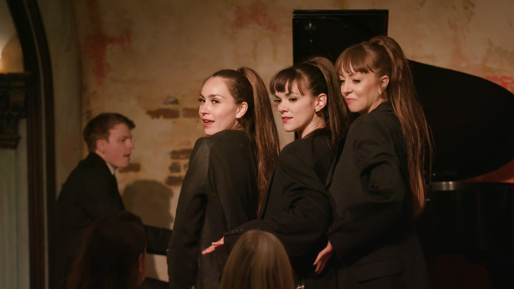