New release: A new book about James Bond composer John Barry and the early years with the John Barry Seven has just been released. Co-author, Geoff Leonard, stopped by the Spy Vibe lair to talk about the project. Welcome, Geoff! 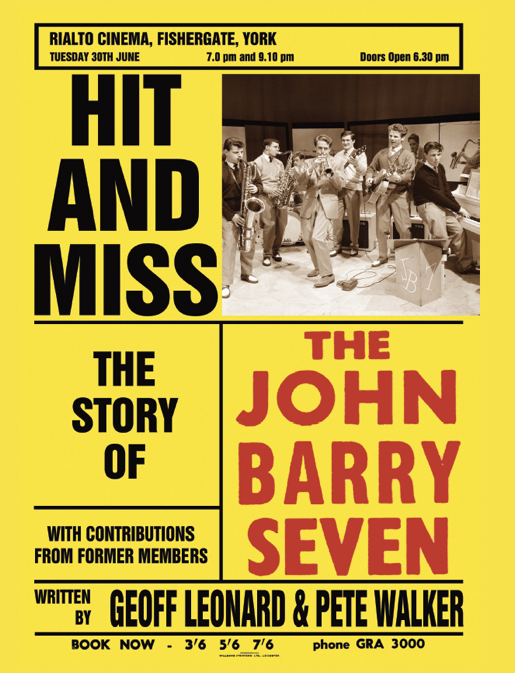 Your new book, Hit and Miss: The Story of The John Barry Seven looks fantastic! Readers of Spy Vibe will recognize the name John Barry from his James Bond soundtracks, but Barry's career was already capturing the vibe of the era long before Bond came to theaters. What does the new book cover?


The book chronicles the entire history of the band from cradle to grave, from 1957 to 1965, during which time it evolved stylistically from being an out-and-out rock 'n' roll outfit, a guitar-based instrumental combo (second only to The Shadows in terms of sales and status) to an r 'n' b group with soul leanings. Once John Barry left the live scene to concentrate on writing and producing, first Vic Flick, then Bobby Graham and Alan Bown took over the leadership. Throughout the pages, many ex-members recount their experiences on the road and in the studio at Abbey Road.

Were you able to include some interesting images?

Yes, some of them have never been published before and of the others, many seldom seen. Scattered among the text are a plethora of photographs that illustrate the various line-ups of the band; rare on-stage concert and tour images; concert programmes and posters; records sleeves; band-related adverts from the period, together with several unique historical documents, some of them written by John Barry, himself. 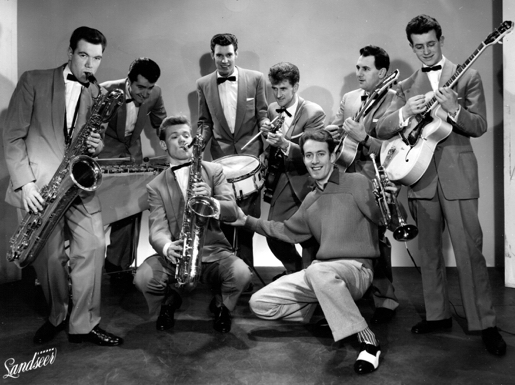 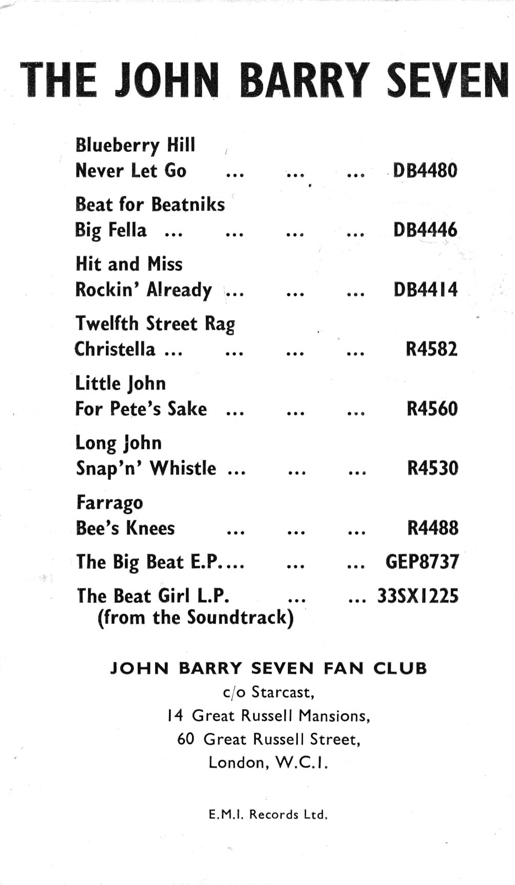 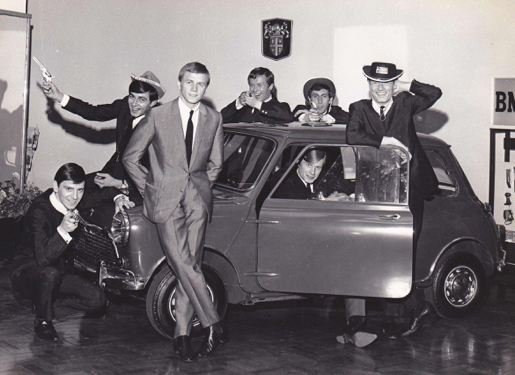 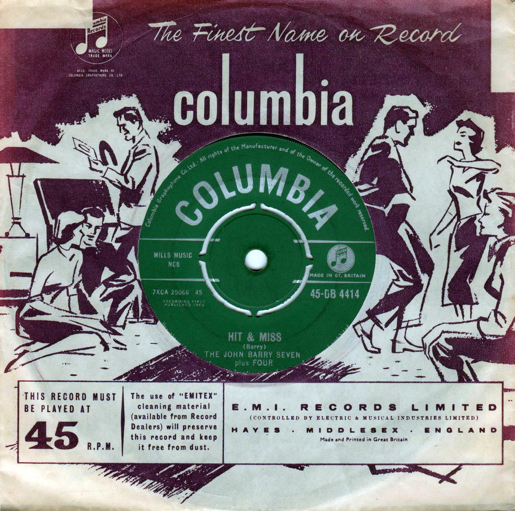 The John Barry Seven performed in the Six-Five Special (1958) and some of the JB7 songs have a fabulous twangy guitar, Shadows & Ventures vibe. What were Barry's ties with the jazz movement at the time? Was he an important player in the transition away from the Trad Jazz scene toward a new pop direction?

Barry was inspired to take up the trumpet by his brother's jazz collection, and as a result, became a huge admirer of Stan Kenton's modern approach, and it is this that inspired him to formally study jazz composition. Although he formed a dixieland jazz band in the army, he was not an exponent of Trad Jazz. His early film work, as illustrated by 'Beat Girl', 'Never Let Go' and 'The James Bond Theme' was his own highly original take on the big band style indicative of Kenton, by way of lacing it with an electric guitar-led 'rock 'n' roll' sensibility. He
straddled two distinct styles and eras perfectly.

I'm a big fan of Barry’s music in Beat Girl (1960). Does the book explore his early film work?

Yes, it does. It describes the sessions involved in the recording of 'Beat Girl' for both the film itself and the subsequent LP release... and also reveals that Barry was lined up to score a film even before 'Beat Girl'.

What role did singer Adam Faith play in Barry's career? They met around Drumbeat? I gather the series only ran on the BBC for about five months in 1959.

Barry (and The JB7) had first encountered Adam when they appeared together on the short-lived stage version of Six-Five Special in early 1958. It was Barry who suggested him to producer Stewart Morris as an up and coming singer for Drumbeat. Adam was pivotal for raising the band's profile, because they backed him at the height of his fame. It also brought Barry's arranging and production skills to the attention of a wider public, including the producer of 'Beat Girl', which led directly to Barry's first film score. Once 'What Do You Want?' took off
spectacularly, Barry soon became the most feted arranger during the pre-Beatles era of British pop. 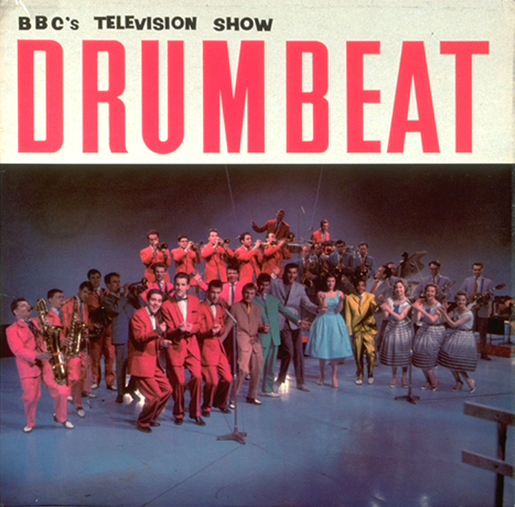 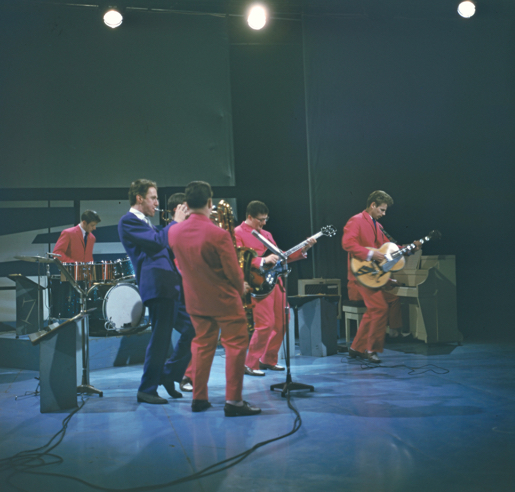 I'm fascinated by this era. I can visualize my imagination wandering around black and white London streets (looking like Anthony Newley) in the late 50s and early 60s, and I wonder if there are any stories you uncovered in the book that can give us a window into the vibe of those years.

When he first moved to live and work in London in 1957, Barry lodged in Compton Street, in the heart of Soho, as did some other band members. Doubtless off-duty he attended some of the many jazz clubs in that area, which could have influenced some of the scoring of Beat Girl. Hopefully, the book offers the reader a fascinating glimpse into the working lives of jobbing musicians throughout the era in question, and by doing so, it provides a running overview of the UK's musical landscape during a period of unparalleled transition. We felt it important to explain the historical context in which the band evolved, so in answer to your question: yes, there are.

Cool! Were there projects and connections in the JB7 years that foreshadowed what would eventually come with Bond and beyond?

Yes, certain specific compositions from The JB7 years clearly signposted Barry's future. You only have to listen to early tracks such as 'Bee's Knees', 'The Stripper' (from 'Beat Girl'),'Beat for Beatniks' and 'The Challenge' (from the 'Stringbeat' LP) to discover that his music was already informed with a sense of the dramatic. 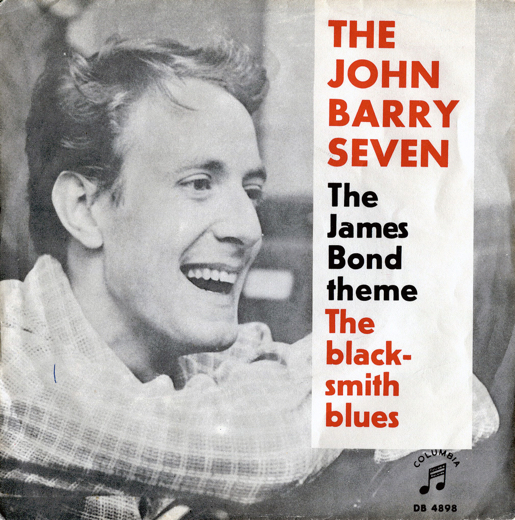 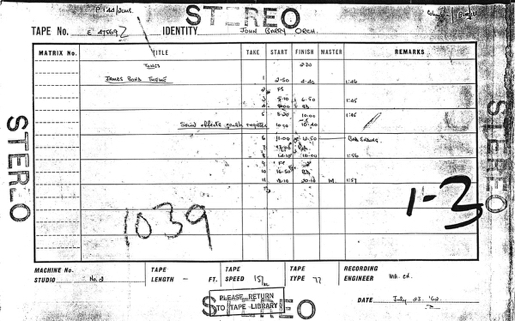 If you had a time machine, what event in the book would you want to visit and why?

This is the toughest question of the lot. I would have loved to have witnessed The JB7's first ever live appearance at The Rialto Cinema (York), but at the same time, I would gladly have been a fly-on-the-wall in Abbey Road Studio 2 for the recording of 'The James Bond Theme'.

Where can readers find your book?

At johnbarry.org and at the usual on-line retailers.

Thank you! Spy Vibers, I also have a new book out (over 700 pages!) about one of America's great cartoonists. On other creative fronts, folks might not know that I began exhibiting as a fine art photographer in the late 1980s. I haven't shared that part of my life here much, but readers might like to see some of my work on Instagram. Enjoy! 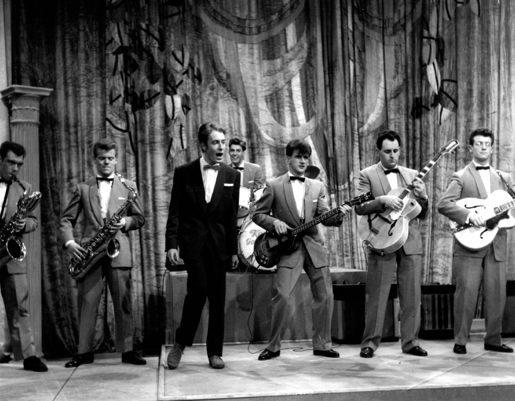