THE MUSIC OF ITC

THE MUSIC OF ITC
The folks at Network will release a very cool soundtrack collection this week that spans a large number of our fave ITC classics. Network does an incredible production job on their products. I have the Danger Man and Prisoner sets and they are like archival treasures from the ITC vaults. Network operates like the Criterion Collection and loves to add great extras for fans. The new collection is a great way to sample a variety of theme and incidental music from series such as Man in a Suitcase, The Protectors, Strange Report, Department S, Jason King, The Champions, The Saint, The Prisoner, Gideons' Way, The Baron, Strange Report, The Persuaders!, The Adventurer and more. the CD is being released at a sale price of $21. 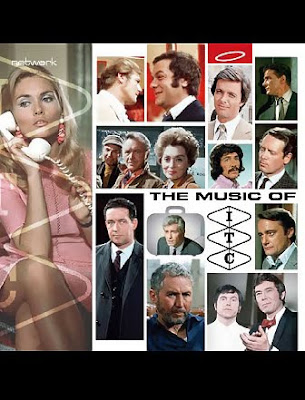 Consisting entirely of original as-used-in-the-series recordings (no lacklustre cover versions here!), this set contains some of the best music ever made for television. Celebrated composers Edwin Astley, Albert Elms, Ron Grainer, Robert Farnon, Roger Webb, John Cameron and Wilfred Josephs showcase their skills with a diverse range of musical styles and some legendary theme tunes. Alongside a commemorative booklet it also includes exclusive music suites from The Persuaders!, The Zoo Gang, Return of the Saint and The Baron that are not available elsewhere.