Calling Dick Tracy fans. Spy Vibe salutes actor Ralph Byrd. Born on this day in 1909, Byrd is best remembered for playing detective Dick Tracy in four Republic cliffhanger serials, two feature films, and the Dick Tracy TV show in the early 1950s. Byrd got his start in a number of thrillers in the mid-1930s, including Chinatown Squad (1935) and The Adventures of Rex and Rinty (1935). The first Tracy serial was produced in 1937. Mining cartoonist Chester Gould's developing "rogue's gallery" of fiendish villains and gadgets, the cliffhanger used memorable conventions like a deformed mystery baddie and a sic-fi style flying wing (a proto-stealth bomber). Byrd returned to the role to fight spies and saboteurs in Dick Tracy Returns (1938), an evil scientist back from the dead in Dick Tracy's G-Men (1939), and organized crime in Dick Tracy vs. Crime Inc. (1941). Feature films followed with Dick Tracy's Dilemma (1947) and the fun vehicle for co-star Boris Karloff, Dick Tracy Meets Gruesome (1947). 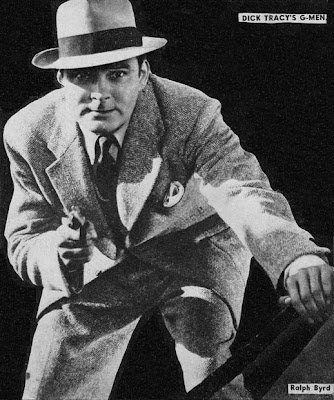 Although there were Tracy features without Byrd, he was a public favorite and seemed to embody the character for the screen. Ralph Byrd returned to play the famous detective on TV in 48 episodes from 1950-1952. He passed away from a heart attack at the age of 43 in 1952. Chester Gould's comic strip was an intoxicating cocktail of hard-boiled narrative and gritty violence wrapped in a stylish cartoon package. Ralph Byrd helped to bring that recipe to motion pictures and television for almost twenty years and he is fondly remembered. Stay tuned for more Dick Tracy on Spy Vibe soon. 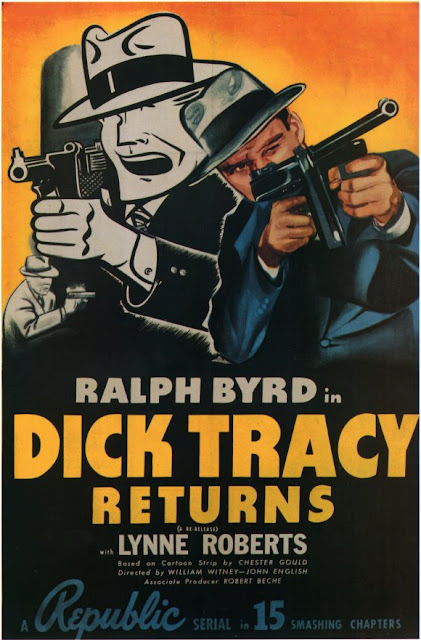