James Bond creator Ian Fleming is the subject of two new movie projects. Spy Vibers may recall that Duncan Jones (Moon, Source Code) announced a while back he was planning his own Fleming biopic. The director is currently balancing the project with his big-budget World of Warcraft feature. I'm hoping to see updates and progress from him sometime soon. 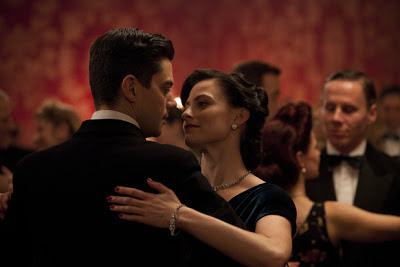 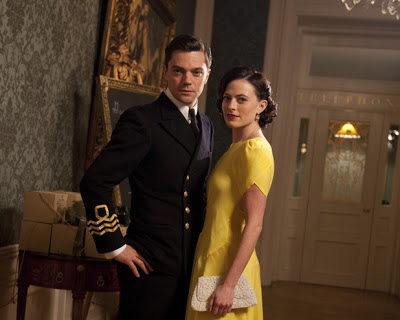 There is also a mini-series called Fleming gearing up to air from Sky Atlantic HD starring Dominic Cooper (Captain America). Stills have been released (above) of Cooper's Fleming with Ann O'Neill, played by Lara Pulver (True Blood, Sherlock, MI5, Robin Hood). A trailer just came out that, as my sister COBRAS site Double O Section observed, capitalizes on Skyfall imagery and tone. The trailer (see below) shows an armed spy sneaking around the shadows of a sleek industrial complex. My hope is that this sequence illustrates Fleming's imagination as he is writing a Bond adventure. If not, the project is turning down the less-appealing road of fantasy, as former biopics did in the past. Although Fleming was a playboy, gambler, and spy as the trailer depicts, he was not a field agent who shot it out with baddies. Ian Fleming led an exciting life and met so many interesting people. It would be a shame to use his name just to create a Bond-like knock-off. Judge for yourself. 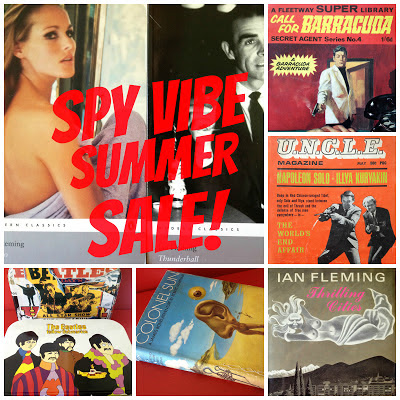 Can you help to support Spy Vibe? Please make a small donation with our secure Paypal tip-jar link at the top left of the main page. Nothing is too small to help cover the increasing bills for the domain, web-forwarding and other costs to maintain the site. Thank you!
Posted by Jason Whiton at 4:43 PM