If your vibe is 1960s Fab icons and cool animation, tune in to Cartoon Network on January 20th for a special Powerpuff Girls event featuring Ringo Starr! The Beatles drummer will appear as a "flamboyant mathematician" named Fibonacci Sequins. The original series aired from 1998-2005 and featured an irresistible cocktail of retro-style animation and fast-paced heroics and hilarity inspired by Japanese Anime. The new episode, Dance Pantsed, will reunite all of the voice actors under the directorial helm of original series storyboard artist and writer, Dave Smith (Craig McCracken is currently working on Wonder Over Yonder). Spy Vibers will be especially pleased to learn that local-hero Kevin Dart (Yuki 7) came aboard the Powerpuff Girls reunion as art director and character designer. Kevin's love for retro-spy illustrations and movie posters always brings an exciting flair to his projects. He sat down with me today for a brief interview. 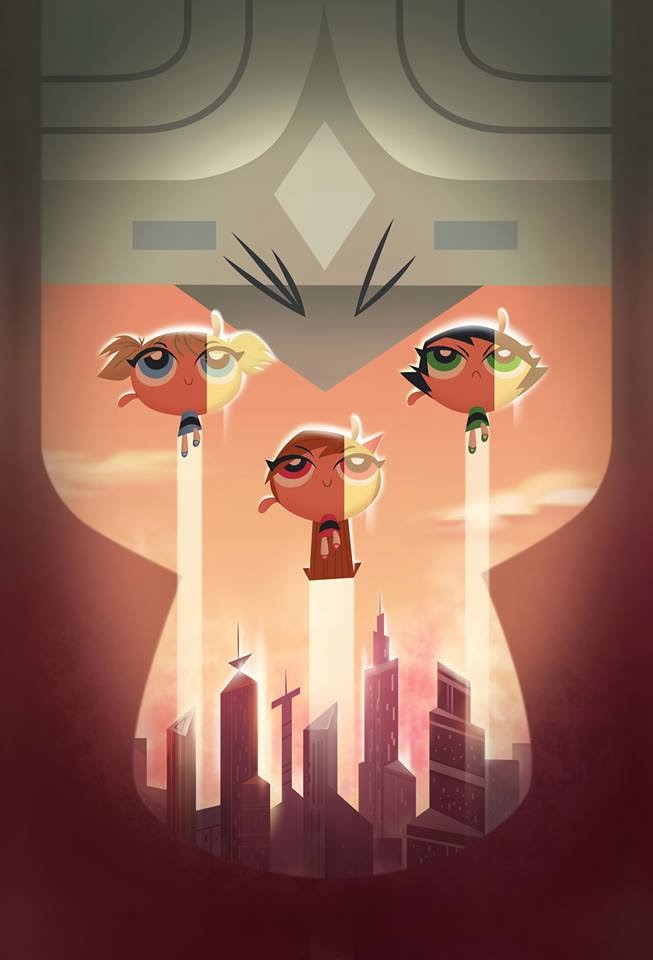 Does the new CGI format of the Powerpuff Girls special retain the basic retro look of the original series?

I’ll let you be the judge of that!  It’s clearly not the same look as the original series, but I feel like we tried really hard to honor a lot of the existing iconography of the Powerpuff Girls world and just put our own spin on it.

How was it working with Ringo? How did he get involved and how did the I Want to be a Powerpuff Girl song come about? Did you work on that video?

Ringo was absolutely amazing and I had the experience of a lifetime in meeting him and seeing him perform with his All-Star band! He is inspiring and seemed to have all of the same energy as he did 50 some years ago! I art directed the music video and even had the pleasure of designing Mr. Starr’s cartoon counterpart. The video was directed by Dave Smith, who also wrote the song that Ringo later recorded. The animation was done by the amazing Polygon Pictures in Japan, who were incredible creative partners in the process :)

What else is in the pipeline for you? Will we see more of Yuki 7?


Yes I am eagerly working on Yuki’s next adventures, though I’m not sure yet what form it will take. Besides that, I directed an animated sequence in the new Spike Jonze movie Her, which you can see in theatres this Friday. And I also art directed the first half of the first season of Steven Universe, which is starting to air again this coming Monday on Cartoon Network! 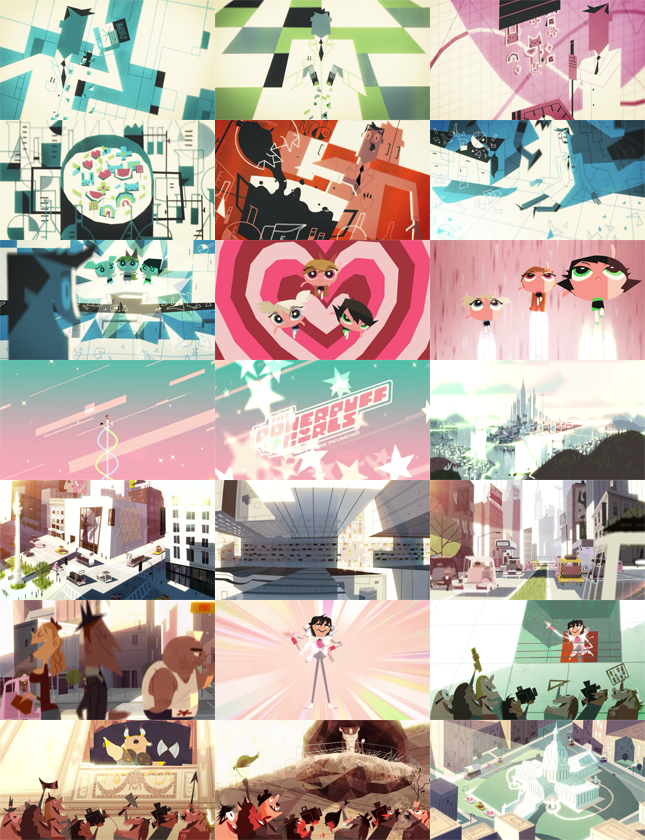 Congrats to Kevin for his great work on so many interesting projects! I look forward to seeing the new special and to the return of Yuki 7 in the future. Kevin Dart discusses Yuki 7 with Spy Vibe here. Speaking of cool female Japanese agents, my new spy novel featuring my character Miki Zero will be coming later this year. Thank you to the many Spy Vibers out there who have been asking for updates about the book.

A marathon of 10 classic Powerpuff Girls episodes will air on January 19th to prime the reunion special, and Ringo has made this fun cartoon video (below) for the event. Ringo Starr has enjoyed a long career as an actor, including children's programming in The Point, Shining Time Station, and Thomas and Friends. Cartoon Network has not revealed whether there will be a new Powerpuff Girls series, nor has there been an announcement regarding Beware the Batman, which went on hiatus mid-season this fall. You can read Spy Vibe's interview with Beware the Batman designer Shane Glines here.