Fantomas, the arch-criminal anti-hero of a series of pre-WWI French thrillers, has been resurrected for the digital age. Thirty-two stories were written by Pierre Souvestre and Marcel Allain between 1911 and 1913, with additional eight books by Allain through 1947. Fantomas was an exciting evil genius in the tradition of Dr Mabuse and Diabolik. The stories were adapted into a series of cliffhanger serials between 1913-1914 by the master director, Louis Feuillade. Released by Kino on DVD, critic David Thomson has called the series "The first great movie experience." The literary Fantomas was embraced by the surrealists and major authors. Jean Cocteau called the work "absurd and magnificent lyricism." Not sure where to track down these classic pulp tales? The first five Fantomas thrillers have been compiled into a centennial collection for Kindle for only $3.99. 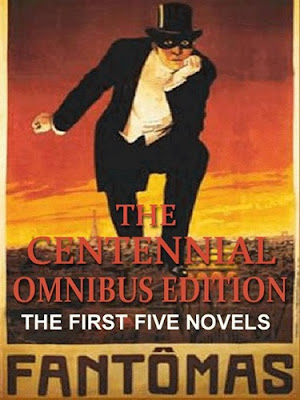 From Amazon: "A century ago, a new villain was born. The Founder of the Criminal Feast of 20th Century Supervillains is one hundred years old now, still surprisingly fresh and spine-tingling with its gory Grand Guignol blood spattering and grisly tortures of flesh and spirit. And even now he is being reconceived and reborn as a film by Christophe Ganz, director of Brotherhood of the Wolf. Fantomas returns yet again to haunt our nightmares. In 1911, French readers discovered their Horror-Shock, Grisly Pulp Fiction, Arch-Criminal: Hannibal Lector, Freddy Krueger, and Jason Voorhies rolled into one. Europe’s original pulp fiction, the “Lord of Terror” Fantomas, is the anti-hero of France’s best detective thrillers. Written by Pierre Souvestre and Marcel Allain, it is one of the most influential and enduring works of popular culture published in the 20th Century. From Fu Manchu, Doctor Mabuse, Lex Luthor, to Ernst Stavro Blofeld, to Dr. Evil, the chameleon face of criminality, ever changing, ever renewing is shaped by the character Fantomas, Emperor of Crime. He relishes the lurid details of criminality, crimes, and savage mayhem, clothed in royal robes, or the rags of a street musician, or the simple habit of a homicidal nun. His last chapter escapes surpass even those of the legendary Harry Houdini, then in his prime and height of world-wide fame. 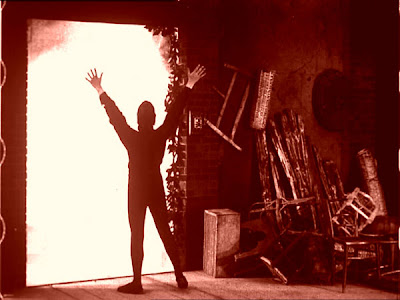 The initial five books in the series are collected in this Fantomas Centennial Omnibus Edition: FANTOMAS: The Adventures of Detective Juve in pursuit of a master in crime. FANTOMAS VS. JUVE: In this continuation Fantomas appears as the leader of a gang of Apaches, and as a physician of standing. Juve tracks the criminal to his secret hiding-place, but Fantomas escapes. THE VENGENCE OF FANTOMAS: Filled with hair-raising incidents this tale is a fascinating recital of remarkable happenings in the life of the master-criminal of Paris. FANTOMAS AND THE NEST OF SPIES: In this volume Fantomas is an ambassador for a foreign power engaged in Paris in obtaining important military secrets for Germany. Detective Juve unmasks him, but the criminal again escapes. FANTOMAS AND THE ROYAL PRISONER: This volume tells of the daring exploits of Fantomas in his attempts to get possession of the King of Hesse-Weimar's famous diamond. [With special introduction about the Fantomas phenomenon, with bibliography and filmography.]" 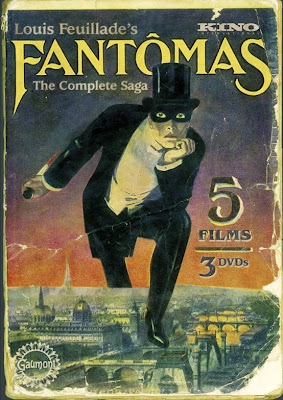 Congratulations again to all of the Spy Vibers who won vintage prizes in our birthday give-away contest! What else is new here in the lair? Scroll down for posts about Ian Fleming's desert island interview, new Fleming book designs, Spy Smasher cliffhanger serial, the new Barbarella tv show, Man From U.N.C..L.E. illustration, British spy comics in the 1960s, Piper Gates retro spy designs, Cinema Retro celebrates James Bond, and Spy Vibe's 2012 top ten, including my review of Skyfall. Want to support Spy Vibe? Please make a small donation with our secure Paypal tip-jar link at the top left of the main page. Nothing is too small to help cover the increasing bills for the domain, web-forwarding and other costs to maintain the site. Thank you!
Posted by Jason Whiton at 5:58 PM