Fans of Steranko's orignal Nick Fury, Agent of S.H.I.E.L.D. are celebrating tonight! IDW has announced they will be printing two S.H.I.E.L.D. Artist Editions. From IDW: "Legendary comics artist Jim Steranko will be the subject of not one but two Artist's Editions from IDW Publishing, with nearly all pages shot from the artist's personal art collection. Steranko, one of the great innovators in comics history, produced a comparatively small body of work for the House of Ideas from the mid-1960s to the early '70s, most notably his runs on Nick Fury: Agent of S.H.I.E.L.D. and Captain America. " 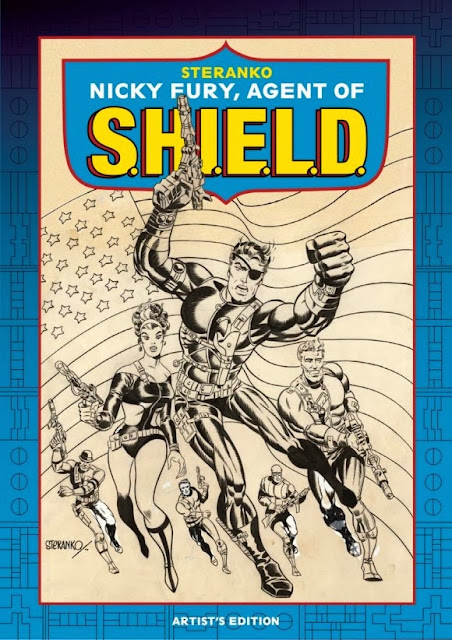 "The first volume, The Steranko Nick Fury: Agent of S.H.I.E.L.D. Artist's Edition, will feature the initial twelve stories by Steranko that appeared in Strange Tales #151 through #162. All of these stories were drawn in the "twice up" format, meaning the original art is rendered at twice the size of the printed comic. The final book will measure 15 x 22 inches and is currently scheduled for release in May of 2014.

"I believe that I changed Nick Fury's life as much as he changed mine," Steranko says, "and looking over the original art again celebrates a flood of memories evincing the kind of rampant, seismic creativity that went into their creation. I can see my artistic evolution expand by the story, even by the page, and revisiting that experience can be simultaneously reassuring and shocking-a kind of microcosm of comic book history. As one of the architects of the Marvel Age, I'm pleased to share the sweep and nuance of the S.H.I.E.L.D. epic with all my fans and friends."

The second volume, The Steranko Nick Fury and Captain America Artist's Edition, will collect the remaining Nick Fury stories from Strange Tales 163-168, as well as issues 1, 3, and 5 of the Nick Fury: Agent of S.H.I.E.L.D. comic series. As icing on the cake, Steranko's three stellar issues of Captain America will also be included. This volume will measure 12 x 17 inches, and the release date is still to be determined." 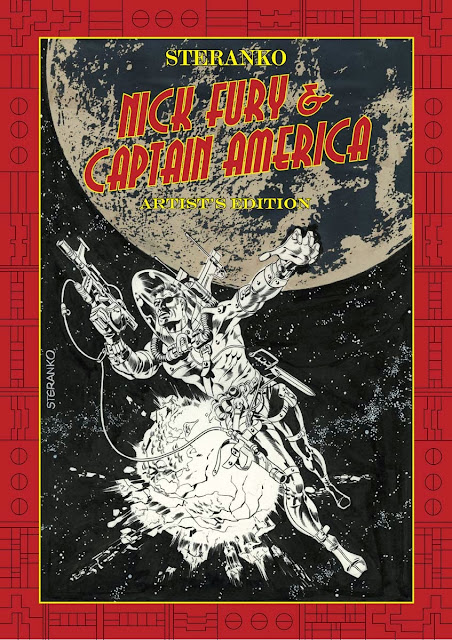 "WHAT IS AN ARTIST'S EDITION?  AN ARTIST'S EDITION PRESENTS COMPLETE STORIES WITH EACH PAGE SCANNED FROM THE ACTUAL ORIGINAL ART.
While appearing to be in black and white, each page was scanned in color to mimic as closely as possible the experience of viewing the actual original art-for instance, corrections and blue pencils. Each page is printed the same size as drawn, and the paper selected is as close as possible to the original art board." 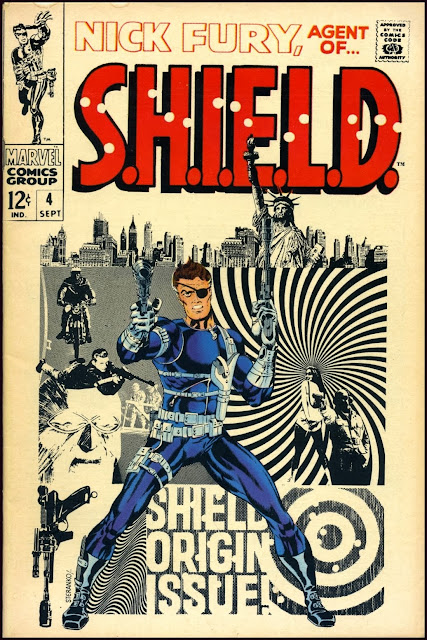