The development of the arts, like language itself, is an ongoing dynamic process of the rearrangement of elements and the redefining of signs and symbols. Whether we are looking at the use of found objects and ready-mades among the Dadaist and Surrealists, the borrowed imagery of artists like Warhol, Rauschenberg, Johns, and Lichtenstein, or the reuse of David Bowie's Heroes design for The Next Day, appropriation has been an integral element in the history of the arts. Photographer Taryn Simon has recently taken this step of appropriation by focusing her lens on icons from the James Bond movies. 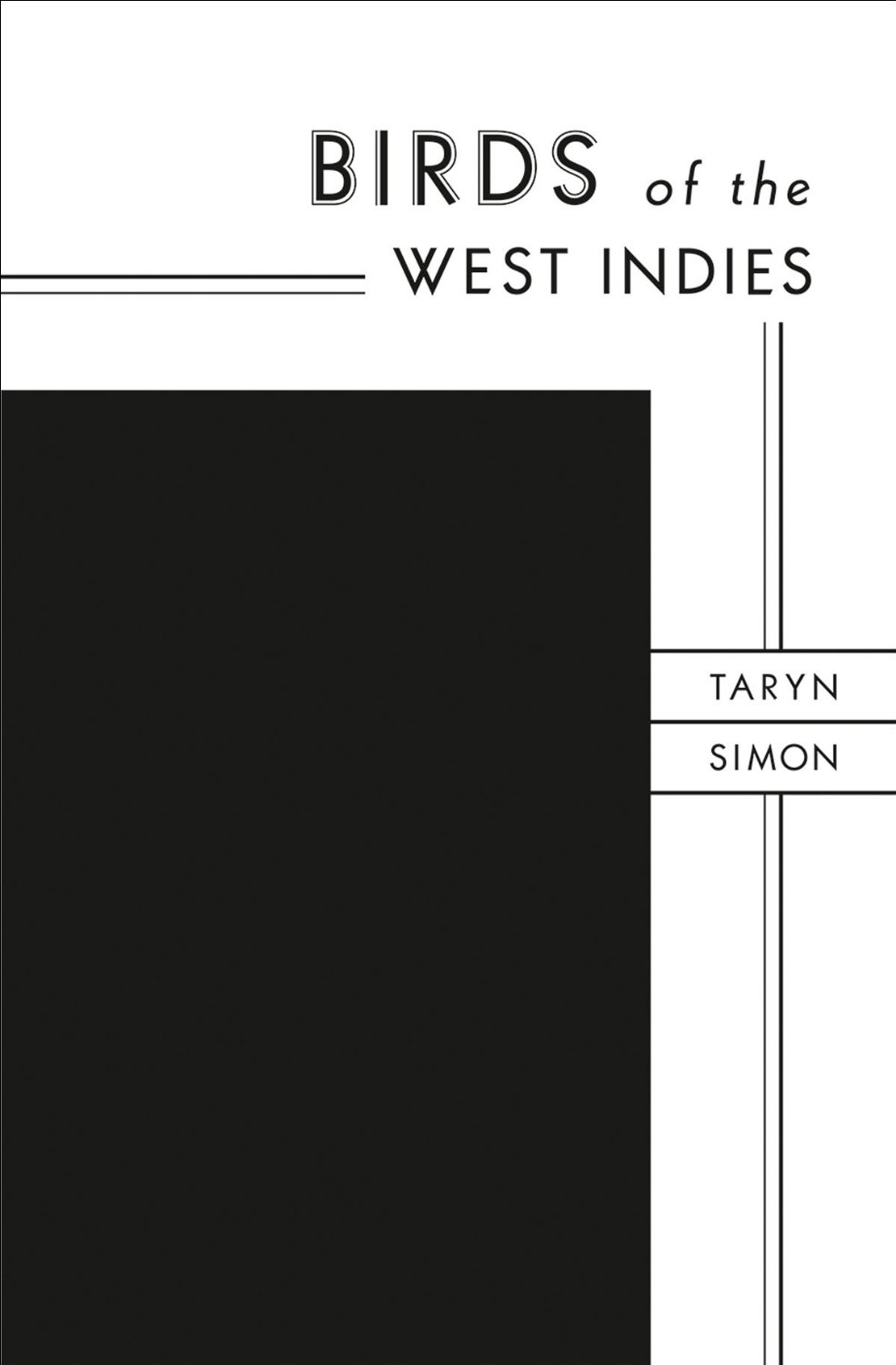 Ian Fleming wrote his first spy novel in the early 1950s, mixing a potent cocktail of fantasies and war-time observations. When he needed a name for his hero, Fleming famously appropriated one from the book Birds of the West Indies by James Bond. Recounting the process in an interview Fleming said, "I wanted the simplest, dullest, plainest-sounding name I could find, and 'James Bond' was much better than something more interesting, like 'Peregrine Carruthers.'" Taryn Simon's new series borrows the structure of Bond's original book, creating her own taxonomy of the three major elements in the James Bond films: women, weapons, and vehicles. Her images include contemporary portraits of actresses in their original costumes and formal studies of cars and props. Simon's work is on exhibit at the Gagosian Gallery through April 12th and her book is available here: Birds of the West Indies. 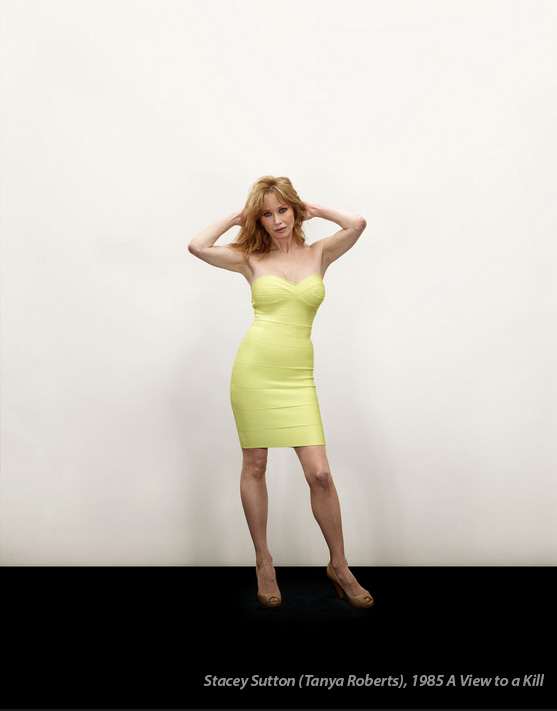 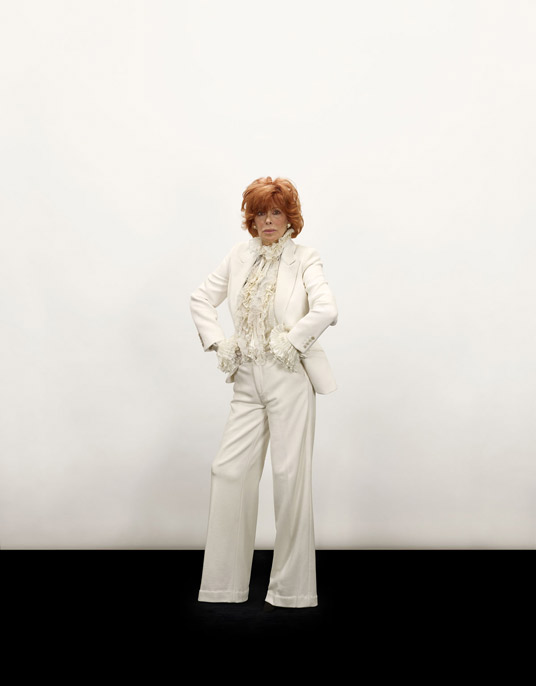 From the Gagosian Gallery press release: "In 1936, American ornithologist James Bond published the definitive taxonomy Birds of the West Indies. Writer Ian Fleming, an active bird watcher, appropriated the author’s name for his own now famous novels. He found the name “flat and colorless,” perfectly suited for a character intended to be “anonymous…a blunt instrument in the hands of the government.” This co-opting of a name was the first in a series of substitutions and replacements that would become central to the development of the Bond narrative." 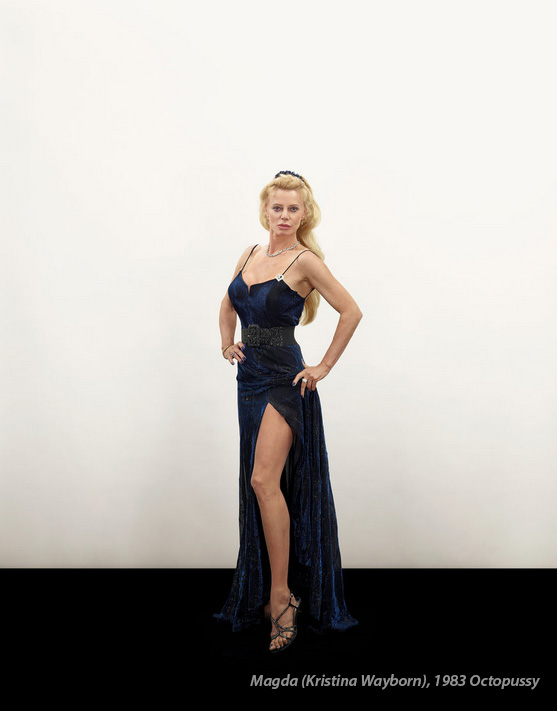 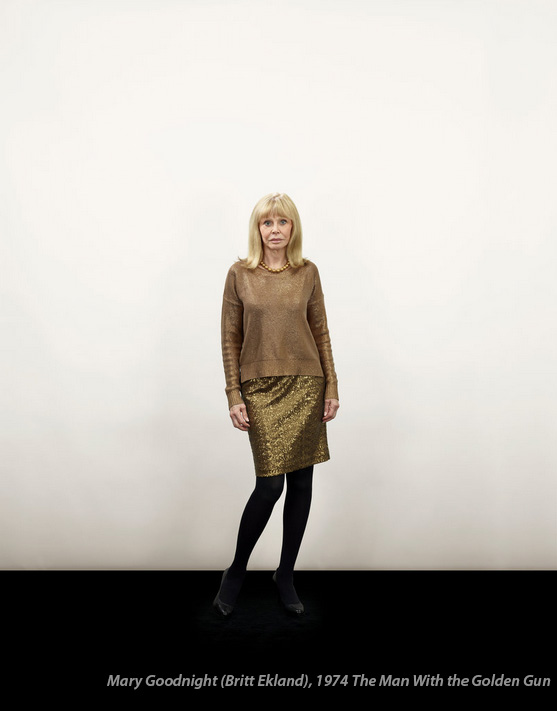 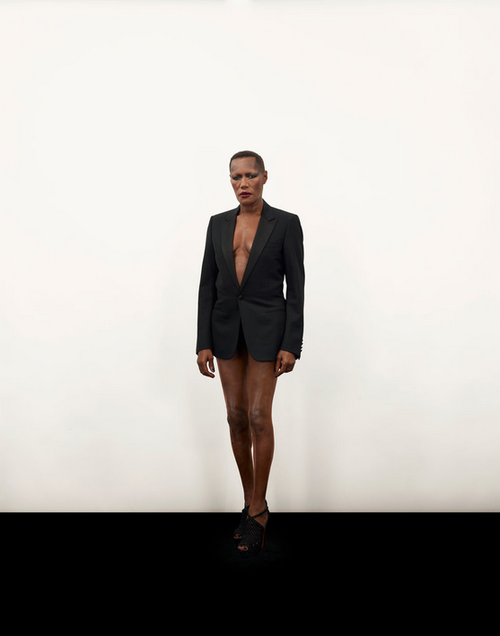 "Conflating Bond the ornithologist with Bond the secret agent, Taryn Simon uses the title and format of the ornithologist’s taxonomy for her own two-part body of work, Birds of the West Indies (2013–14). The first element of the work is a photographic inventory of the women, innovative weaponry and luxury cars of Bond films made over the past fifty years. The resulting images comprise an index of interchangeable variables used in the production of fantasy. Testing the seductive surfaces of popular cinema, Simon continues her artistic process of revealing infrastructures of previously impervious cultural constructs.  Simon also created a film that takes as its subject Nikki van der Zyl, the most prolific agent of substitution in the Bond franchise. From 1962 to 1979, van der Zyl, an unseen and uncredited performer, provided voice dubs for over a dozen major and minor characters throughout nine Bond films. Invisible until now, van der Zyl further underscores the interplay of substitution and repetition in the preservation of myth and the construction of fantasy." 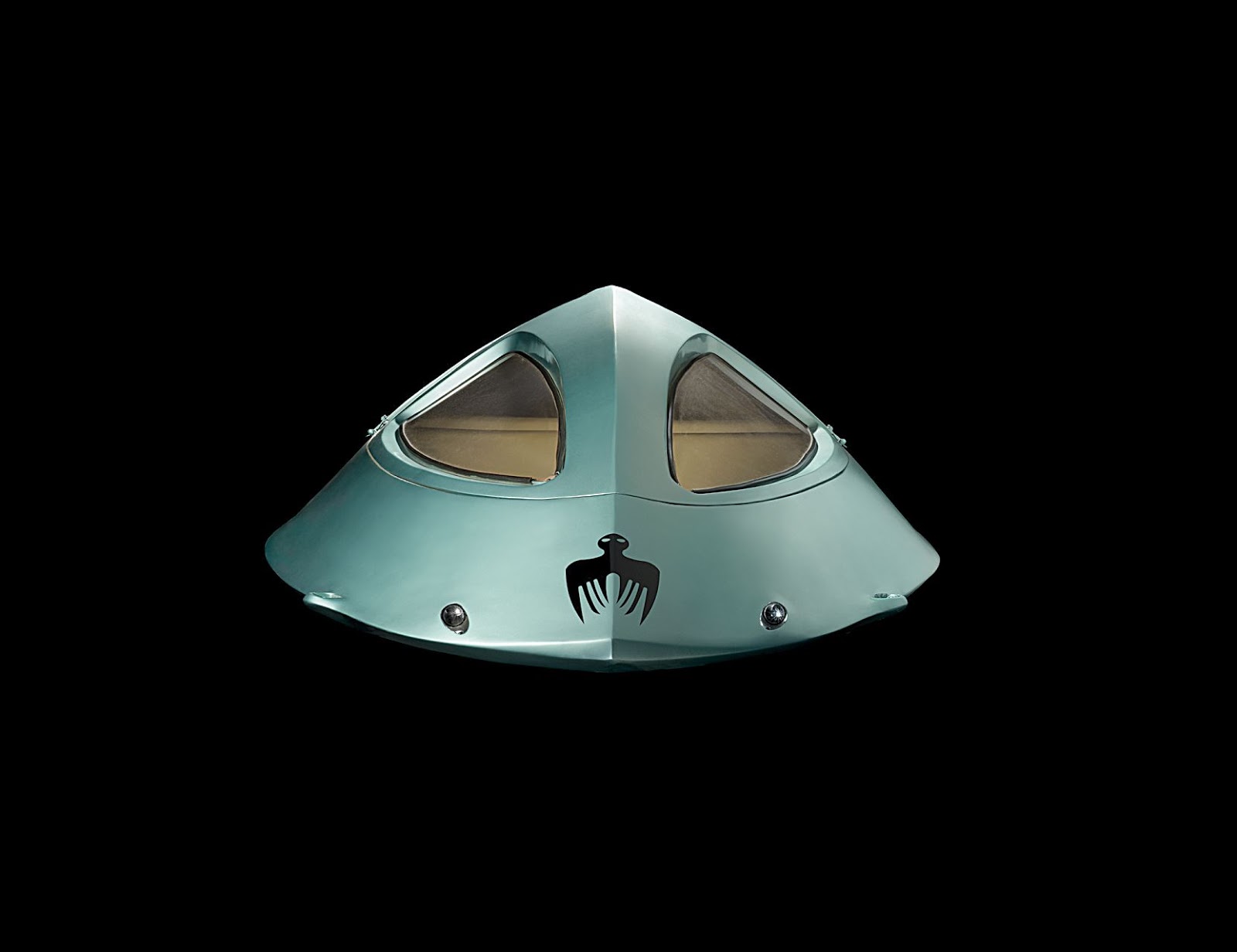 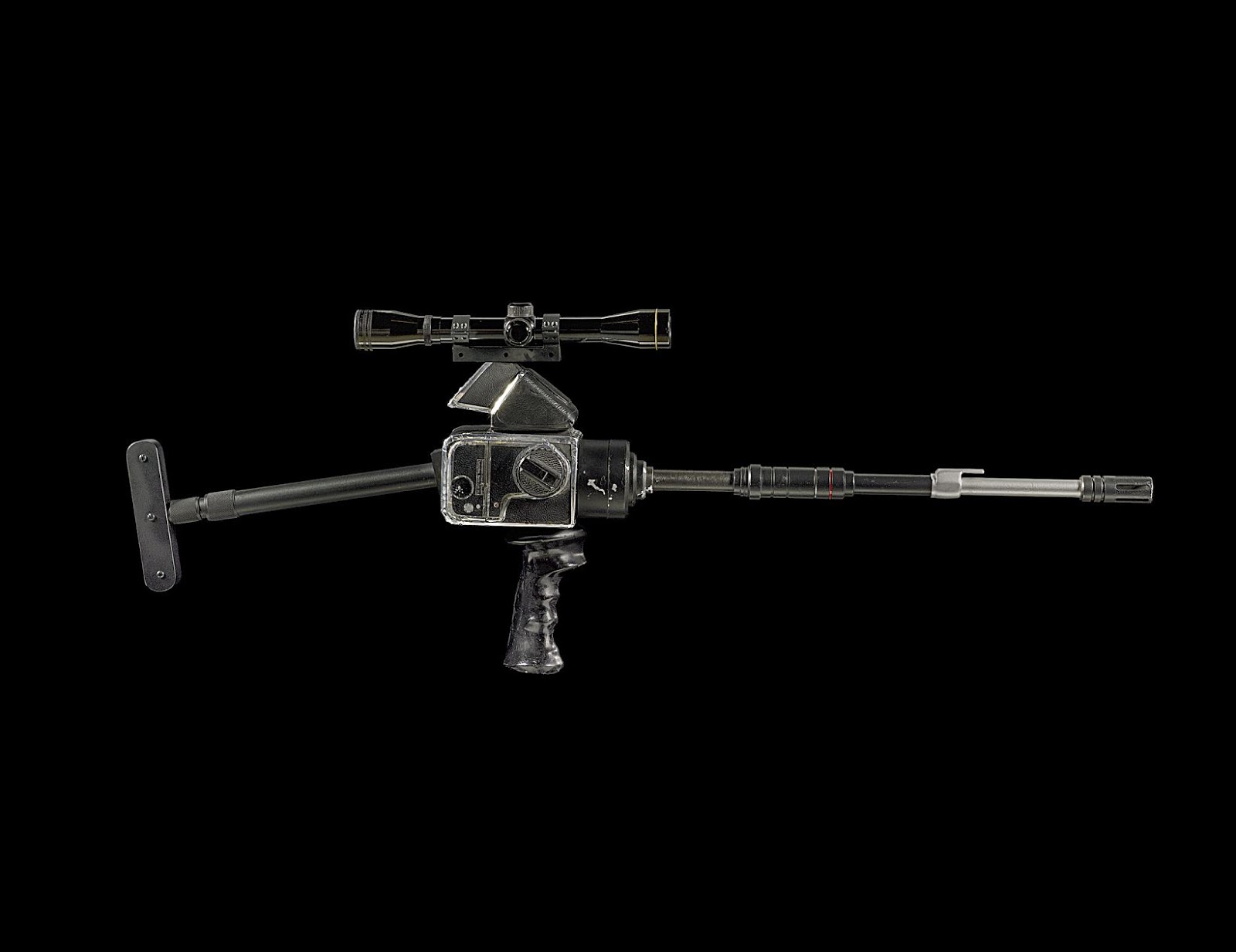 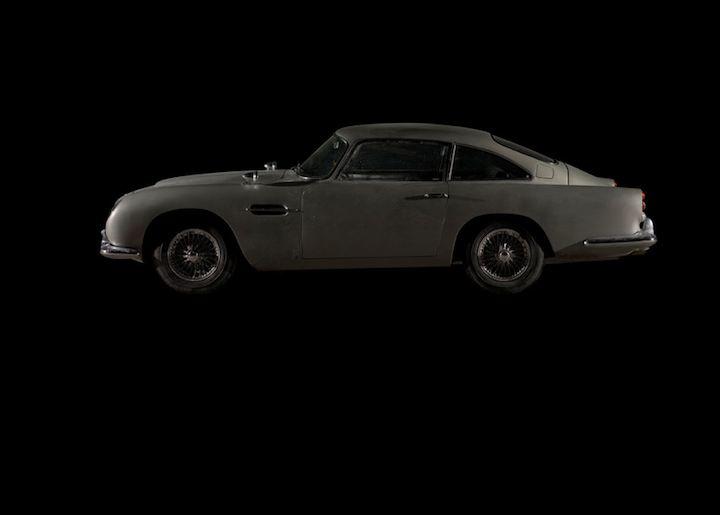 "In the second element of the work, Simon casts herself as the ornithologist James Bond, identifying, photographing, and classifying all the birds that appear within the 24 films comprising the James Bond film franchise. Often the birds are incidental; they function as background for the sets they happened to fly into. Simon analyzed every scene to discover these chance occurrences. The result is a taxonomy of birds not unlike the original Birds of the West Indies. In this case, the birds are categorized by locations both actual and fictional: Switzerland, Afghanistan, North Korea, as well as the mythical settings of Bond’s missions, such as the Republic of Isthmus and SPECTRE Island. Simon’s discoveries often occupy a liminal space—confined within the fictional space of the James Bond universe and yet wholly separate from it. In their new static form, the birds often resemble dust on a negative, a once common imperfection that has disappeared in the age of Photoshop. Other times, the birds are frozen in compositions reminiscent of different genres from photographic history. Some appearing as carefully conceived still lifes, while others have a snapshot quality.  Many look low-res or obscured, as though photographed by surveillance drones or hidden cameras that might have been used by MI6 within the context of the films.  " 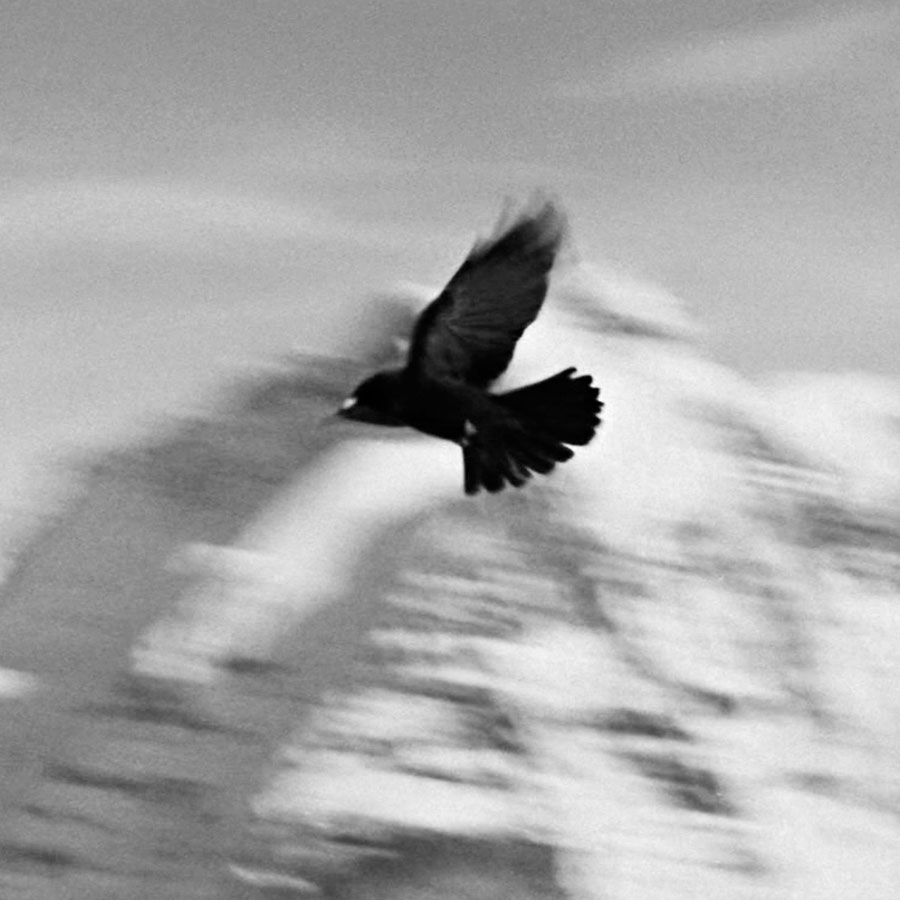 "Simon also collected papers, correspondence, awards, study skins, and personal effects of James Bond the ornithologist, displaying them in vitrines alongside the photographic works. The character James Bond is so embedded in public consciousness that it is difficult to disengage from the fiction and view the ornithologist’s letters and effects independent of the cinema persona. In Birds of the West Indies, Simon creates a space in which fiction and reality collide and disappear, opening up a black hole that belongs to neither realm." Learn more: Series essay by Daniel Baumann, Tayn Simon website, New York Times page. Check out my Spring Sale on eBay here. 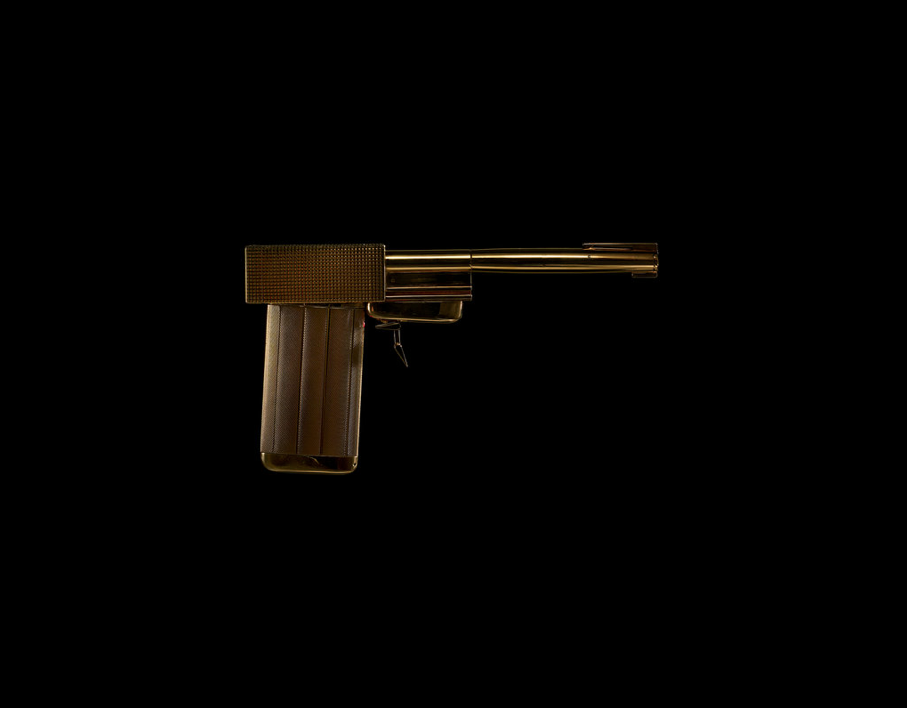