Deal Alert: Network, the "Criterion Collection" of cult UK TV and cinema, has announced a sale spotlighting some of the more eccentric characters in their catalog. Titles of interest for Spy Vibers include Jason King, The Secret Service, Bailey on Warhol, Frost on Coward, and Spyder's Web. Also check out  Mr. Rose, The Fellows, Virgin of the Secret Service, and Man in Room 17. If you are looking to explore one title from the sale, Jason King is the real standout choice here. Peter Wyngarde's King originated from Department S and became one of the most memorable and eccentric characters in British television. Information about some highlights from the sale below from Network. Readers will need a Region 2 or all-region player to view Network's PAL DVDs. Sale ends in two weeks. Enjoy! 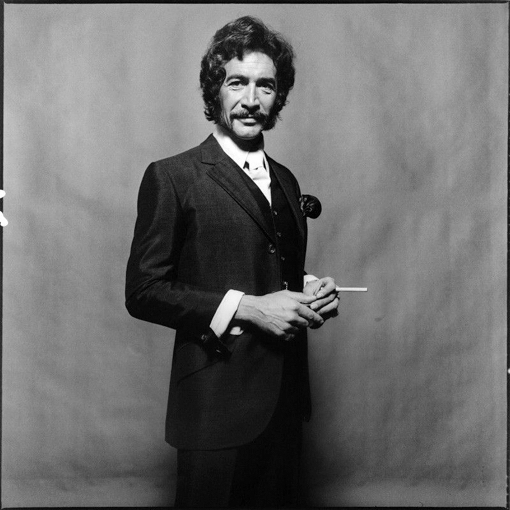 Jason King (1971-1972) "First experienced by fans in the hugely successful ITC series Department S, this is Jason King, brought vividly to life by Peter Wyngarde in a series of high-spirited adventures which turned him into a world-famous celebrity. Wyngarde’s larger-than-life personality ensured a larger-than-life performance, sparking highly enjoyable turns from a guest cast that included Stephanie Beacham, Ingrid Pitt, Patrick Mower, Julian Glover, John le Mesurier, Alexandra Bastedo and Yootha Joyce. Jason King is an author and bon vivant who savours life to the full, from good food to gorgeous girls. Wherever he goes in search of material for his books he encounters more stirring drama, greater danger, deeper intrigue, more unexpected situations and more beautiful women than any one man has the right to experience! Coping with everything in his own elegant, flamboyant manner, anything can happen to him- and usually does!" I believe the DVDs include an easter egg interview with Wyngarde about working on Patrick McGoohan's The Prisoner (as No. 2). Learn more: Spy Vibe's interview with Wyngarde/McGoohan biographer, Roger Langley. 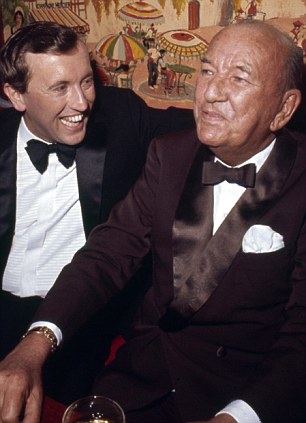 Frost On Coward (1968): "Premier playwright of his generation, actor, composer and singer, by 1968 Noël Coward had reached an unassailable position for many people as the epitome of wit, style and flamboyance. In this relaxed and candid chat with David Frost, recorded in colour at the Mayfair Theatre in September 1968, Coward discusses his successes and failures, favourite speeches that he has written, Churchill and Roosevelt’s disagreement over ‘Mad Dogs and Englishmen’, and his definition of success." Noël Coward and James Bond author Ian Fleming were a close friends and neighbors. Learn more: Fleming Music: Noel Coward. 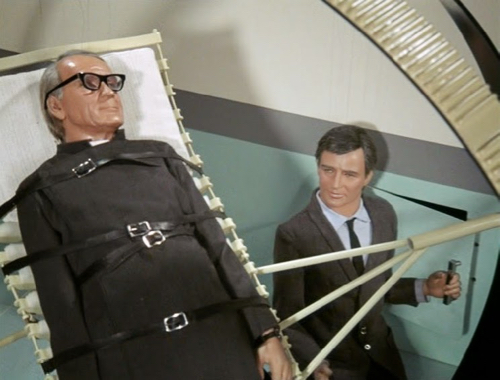 The Secret Service (1969): "Gerry Anderson’s final Supermarionation series provides a unique blend of his highly developed puppetry techniques with live action. British character actor Stanley Unwin lends his face, voice and name to the starring role of a country priest who possesses a remarkable miniaturisation device concealed in a Bible." The charming plots often saw Unwin's operative shrunk down and left behind in a suitcase in various sensitive locations, where he could carry out missions. Not as fast-paced as other Anderson series, but completely charming! 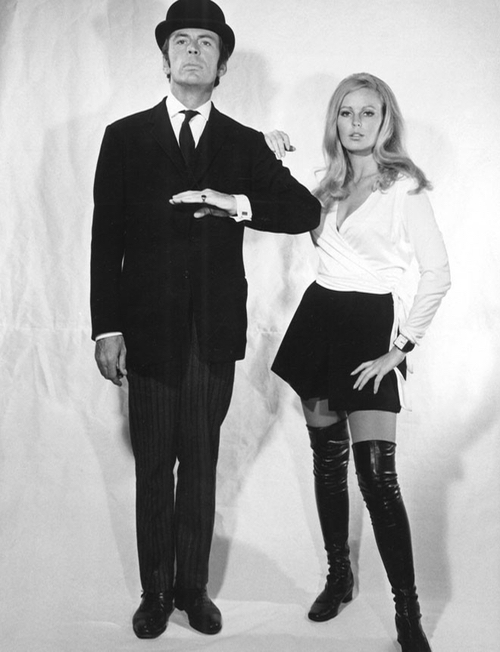 The Spyder's Web (1972): "Using a documentary unit as an ingenious cover, the specialist organisation is directly responsible to the government – taking on jobs that are too hot or too delicate for the police, or that someone in authority is putting the block on. Operating within the ideal anonymity of the film world, with its headquarters an office in a crumbling shared building in Soho, the ‘Arachnid Film Unit’ has representatives in many places; it spins a web to trap the guilty, with a network of highly skilled agents all licensed to kill." Spyder's Web (1972) starred Veronica Carlson (Smashing Time, Hammerhead, The Saint, Crossplot, Department S), Roger Lloyd Pack (The Avengers, Virgin of the Secret Service, Crime Buster, Jason King, Special Branch, The Protectors, The Professionals, Doctor Who, Tinker Tailor Soldier Spy) and Anthony Ainley (You Only Live Twice, The Avengers, The Champions, Department S, The Adventurer, Doctor Who).