Author Karen Romanko stopped by the Spy Vibe lair recently to chat about her latest book, Television's Female Spies and Crimefighters: 600 Characters and Shows, 1950s to the Present. The book is an encyclopedic reference covering TV's female spies, private investigators, amateur sleuths, police detectives, federal agents and crime-fighting superheroes. Over 350 female spies and crimefighters who have appeared in 250 television series since the 1950s are included, from Emma Peel with her "kinky boots" to Amanda King and her poppy seed cake, from Julie Barnes with her hippie pad to Honey West and her pet ocelot. Welcome, Karen! 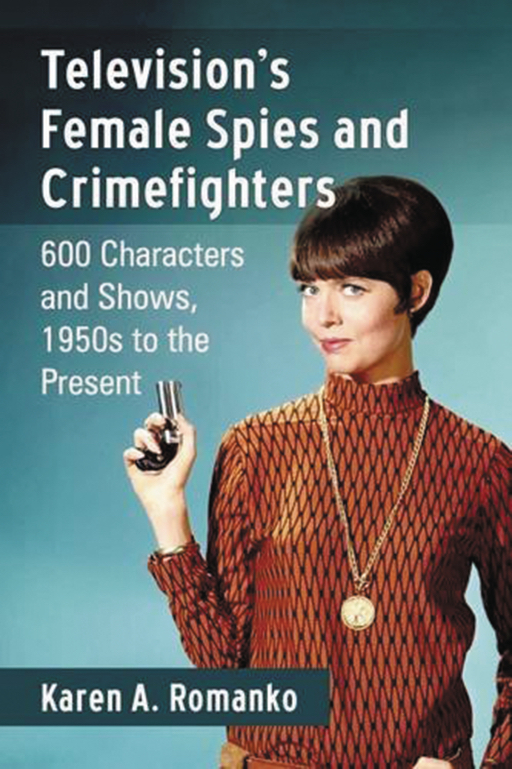 Congratulations on your new book! What inspired you to focus on female spies and crime fighters? Were those characters special to you growing up?

Several of my long-standing interests converged in the writing of Television's Female Spies and Crimefighters. I’d grown up as a “TV kid,” of course, but in grad school, I became interested in film and television history. At the same time, I also began studying women’s history. Finally, I was a big fan of mystery shows, so that all came together many years later in a “eureka” moment--why not write this book?

Tell us a bit about how the book is organized. What kind of information did you include?

The book is organized in an encyclopedic format, i.e. alphabetically both by series title and character name. The entries contain series credits, notable plot points, important or fun facts, and sometimes critical commentary.

Did you have to edit out information or characters due to length?

There were no length restrictions. I tried to include what I thought was the essence of each series and its most important female spies/crimefighters.

How did you conduct your research? Did you have to watch all the shows and episodes?

Each of the approximately 250 series covered in the book was a mini-research project on its own. I consulted a minimum of three sources for each series. I didn’t watch all the shows--some weren’t available and some were too short-lived to be of much consequence, but a good deal of the research came from viewing episodes of the series. I also used print and online sources, too numerous to name here. The book contains a note on sources, included at the back.

Which programs turned out to be the most fun/least fun to explore?

I got the most excited about finding old shows that were new to me. For example, a series called The Gallery of Madame Liu-Tsong (1951, 10 episodes, USA), about an art dealer who gets involved in foreign intrigue, sounded wonderful, but no episodes are known to exist today. Still, I was ecstatic to learn what little I could about this lost treasure of TV history. [Below: actress Anna May Wong]. 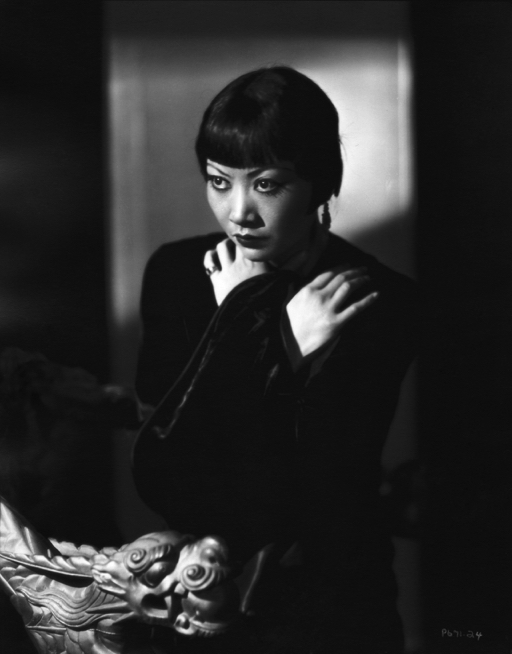 I found the big, modern police procedurals the least fun to explore (with no offense meant to their fans). With such large and oft-changing casts, they became a bit of a trudge for me.

Did you discover any series through your research that became new favorites?

Boy, did I! I discovered several series, mostly British, that I loved enough to include in the book’s appendix: “The Most Rewatchable TV Shows on DVD (Female Spies and Crimefighters Edition).” Examples include New Tricks, Miss Fisher’s Murder Mysteries, The Bletchley Circle, and Vera.

Does the book focus mainly on US and UK series? Were you able to include foreign-language programs?

I had to decide at the beginning where to set limits to make the project manageable. There’s more about this in the book’s preface, but basically I decided to focus on live-action shows which aired in the United States on network TV, cable, or in syndication, wherever produced, from television’s inception through August 2014. That meant US series, of course, and then mostly British, Canadian and Australian shows. 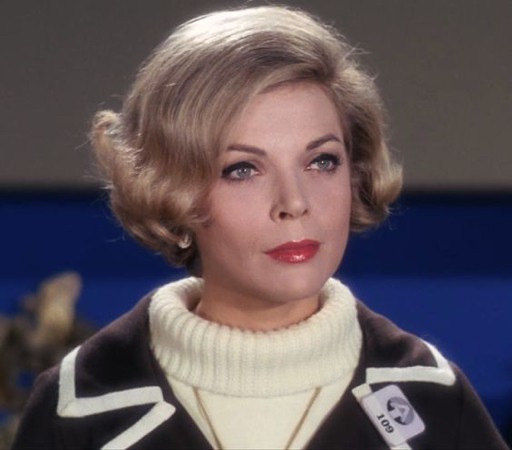 What do you remember about your very first experiences seeing female spies or crime-fighters on TV?

[Tries to think back that far...] Probably my first were Cinnamon Carter on Mission: Impossible and Agent 99 on Get Smart. The women, although intelligent and strong, were always secondary to the men on those shows, but, of course, I didn’t realize what that was about until later.

Were any of the classic characters popular in your household as a kid?

In addition to Cinnamon and 99 above, Julie Barnes was a favorite on The Mod Squad. Seeing cops only a little older than us was cool.

Did spies or cops enter into your play as a kid?

I always seemed to be fascinated with clandestine groups. My brother and I loved Disney’s The Scarecrow of Romney Marsh and Johnny Tremain, but men and boys had most of the fun in those, so I usually played a male part. 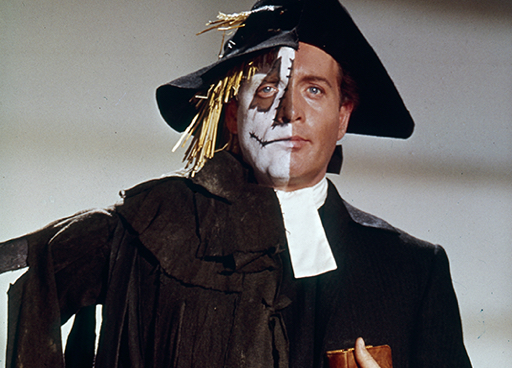 Patrick McGoohan (The Prisoner) was so amazing in The Scarecrow of Romney Marsh! One of the things I loved about seeing Emma Peel (The Avengers) in the 1970s in syndication was that I finally saw a brilliant and independent female character who was like the strong women I knew at home. Did the spy/crime genres resonate with you for similar reasons?

Yes, but it happened for me during the 1980s, which was a watershed period for female spies and crimefighters on television. Cagney and Lacey were magnificent--strong, real women making it in a man’s profession. And Laura Holt (Remington Steele), who was a bright and trained investigator forced to invent a male superior because people wouldn’t take a female private investigator seriously, really resonated with me. Most women of my generation have some experience with being held back because they’re women. [Below: Stephanie Zimbalist and future 007 actor Pierce Brosnan]. 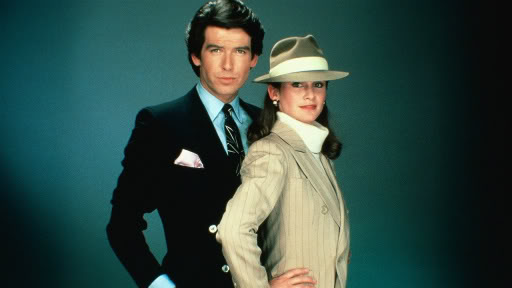 I helped to make a documentary film a few years back called Wonder Women: Untold Story of American Superheroines. I loved hearing Trina Robbins, Gloria Steinem, Lynda Carter, Kathleen Hanna, and others talk about the topic, but it was also sobering to realize how female characters are so often restricted to particular traits and issues around power. What are your thoughts are about this in regards to your research around female spies and crime fighters?

That’s a big topic, of course, but even today those restrictions still exist. A major requirement seems to be that female heroines/lead characters must be sexy and young. Murder, She Wrote was a hit for 12 years, but where is the next Jessica Fletcher? The UK does better with this than we do. Vera has an overweight, middle-aged lead character with a shabby raincoat a la Columbo, but we’re not likely to see that in the US. Another restriction is that female lead characters can’t be too quirky or unpleasant, like an Adrian Monk (Monk). It would be nice to see some of this change.

I've also observed that UK shows do a better job in regards to casting. Their programs are often populated by real (and relatable) people. The US seems to have a fixation on pre-packaged, homogenous youth a la Stepford Wives. It's frightening- and damaging. Do you think female spy/crime characters have changed much over the decades?

Oh, yes. I talk about this a lot in the introduction to the book. If you look at the 50s, most of the female detectives are amateurs and are usually part of what I like to call an “adorable sleuthing couple.” The professionals we see during the 70s, such as Wonder Woman or Charlie’s Angels, are usually single women. By the 80s, we start to see married women and divorced women with children, such as Amanda King in Scarecrow and Mrs. King. The changes in the characters and their situations tend to mirror the changes in our society.

Interesting! I hadn't thought specifically about portrayals of relationship status and kids in the timeline. If you could organize a gathering, who are some of the most interesting characters you would want to invite and why?

I would invite all the women of The Bletchley Circle. Codebreakers, forced to hide their brilliance from the world. How fascinating would that be?

Honey West, the epitome of mid-60s cool. She could engage in snappy banter, give a judo demonstration, or show off her exploding teargas earrings. A true renaissance woman.

Miss Marple, octogenarian amateur sleuth. She would know everyone’s secrets by the end of the evening, without leaving her chair.

For the rest you’ll have to read the book! 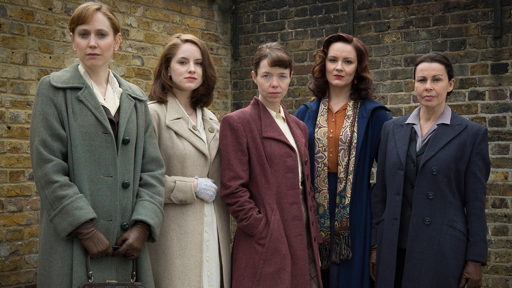 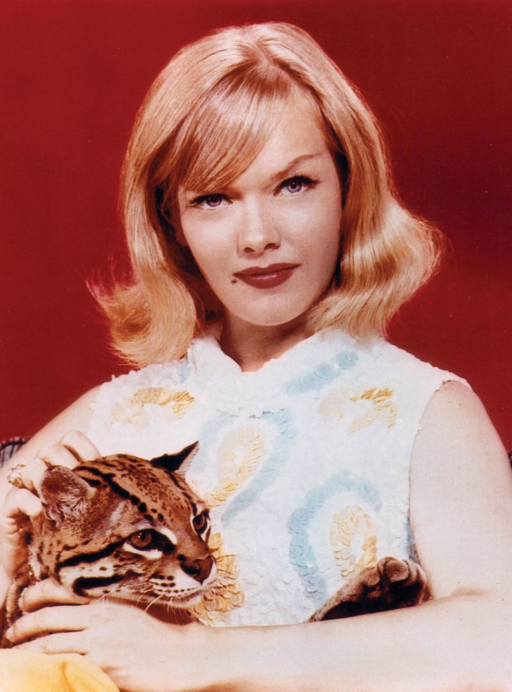 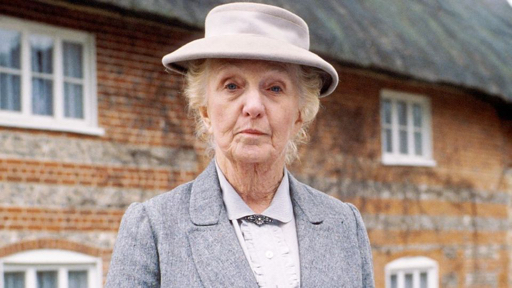 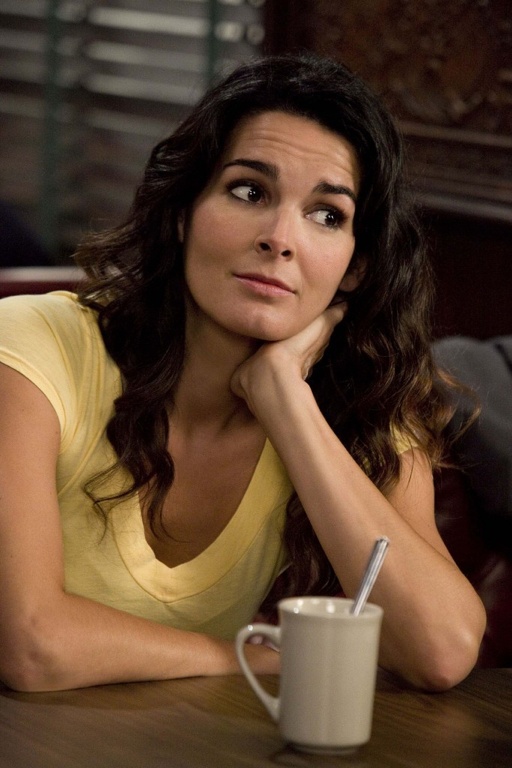