Spy Vibe interviews Rodney Marshall about his series of books on The Avengers. Rodney was born at the height of the spy boom in the mid-1960s, when his father, Roger Marshall, was literally bringing Mrs. Peel to life as scriptwriter on the series. His dad's many credits include some of the earliest episodes with Cathy Gale (Honor Blackman), as well as the introduction of Emma Peel and many of her subsequent adventures with John Steed. Rodney has since followed his own inspiration from The Avengers to publish a number of new books about each era of this cult classic. Images below: Marshall's book designs and A&E DVD covers. Welcome, Rodney! 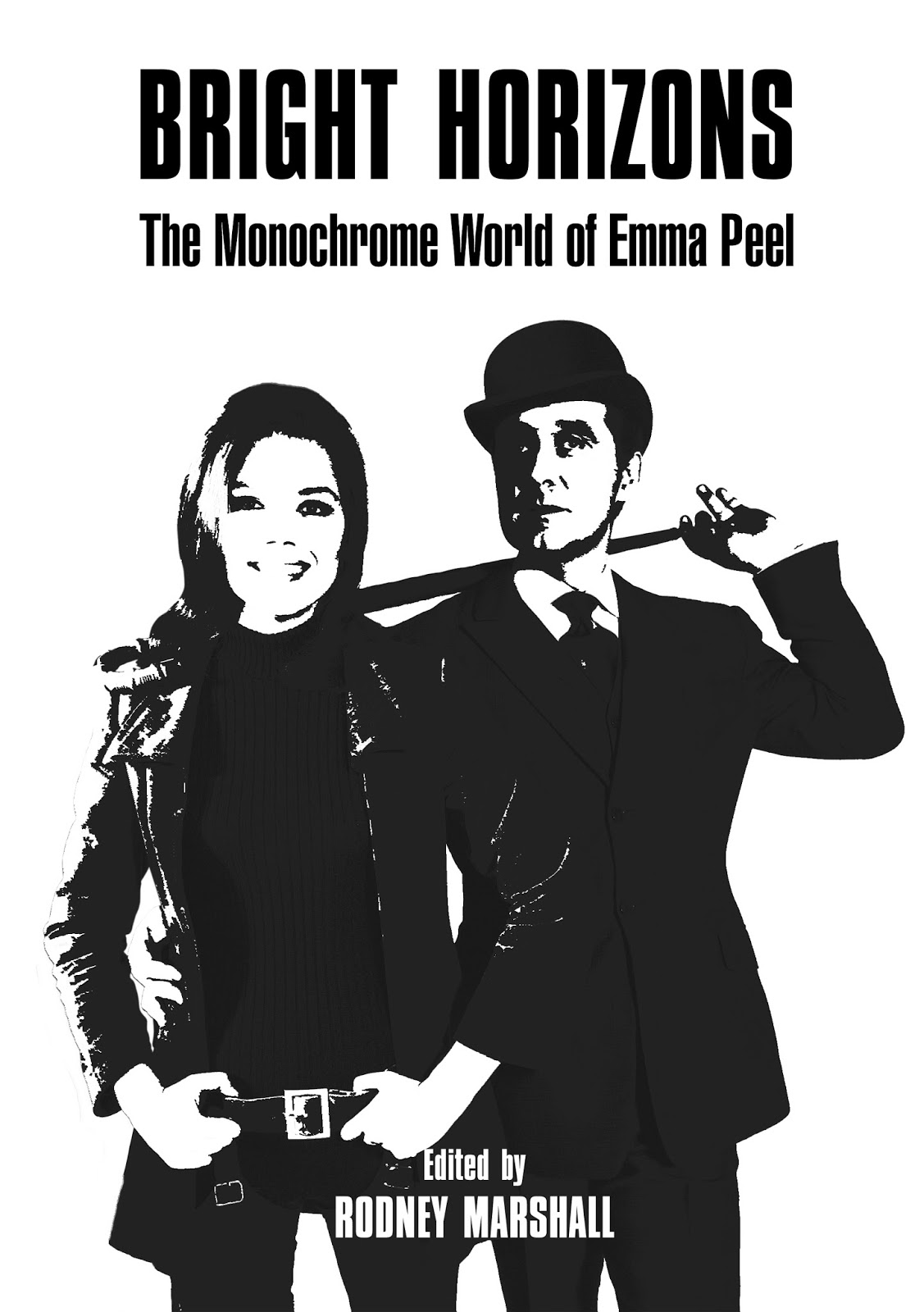 Your dad was one of the writers on The Avengers; he even penned the beginning stretch of the Emma Peel episodes. Did he talk much about the show when you were growing up? How aware of The Avengers legacy were you as a kid?

My first experience of The Avengers as a child was watching The New Avengers, aged ten, when it was first broadcast. At the time I was unaware that my father had written for the original series, or that there even had been an ‘old’ Avengers. My father never watched the show after his period on it came to an abrupt end. I found TNA exciting and disturbing. 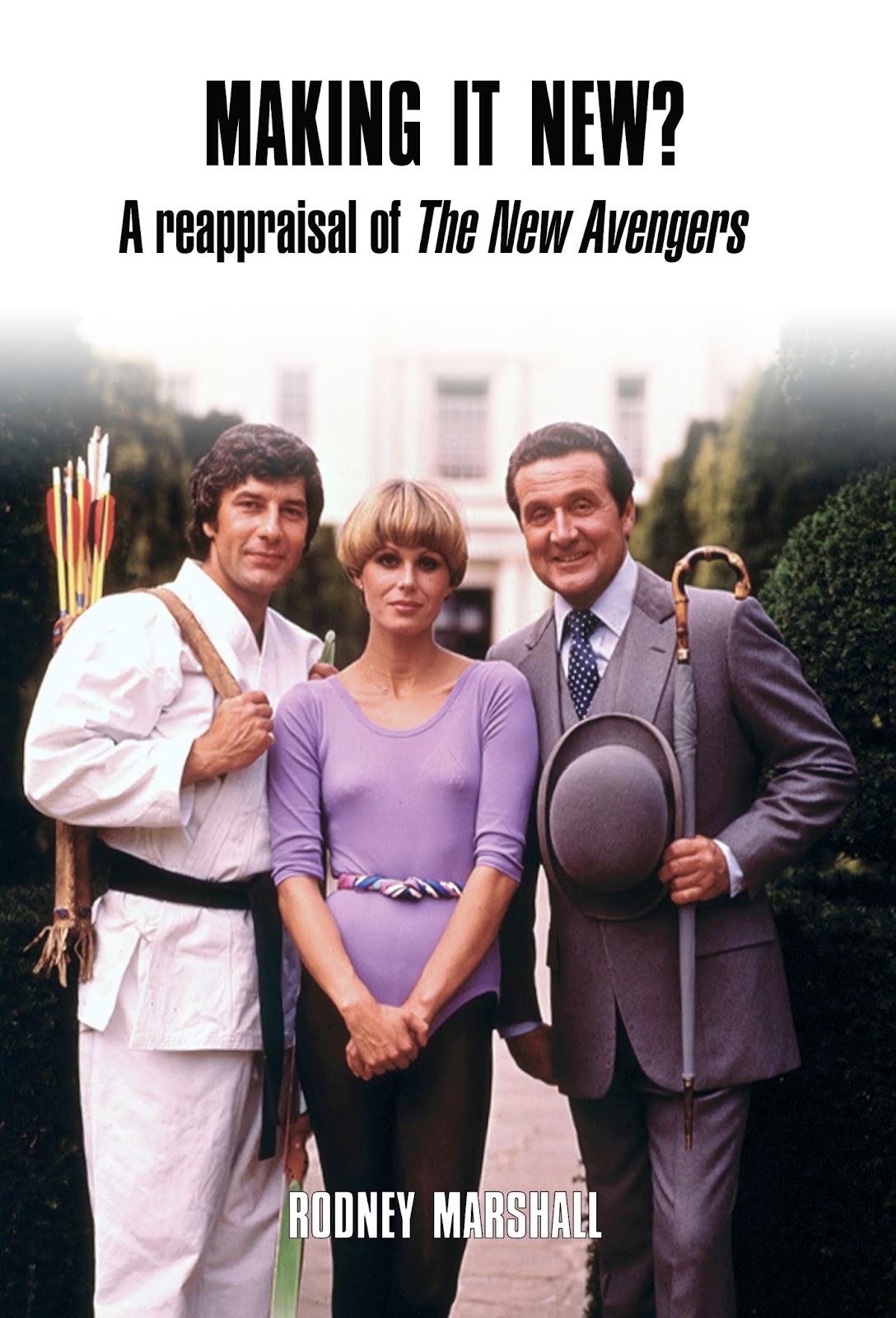 Your dad wrote some of the most memorable dialog for Steed and Mrs. Peel. Apart from how the actors brought the characters to life, have you got a sense from him about his own take on who those characters are?

My father’s own take on Steed and Mrs. Peel was that they had one foot in the real world and one in Avengerland, a deserted and often surreal parallel universe. We share the belief that Avengerland is as much a state of mind as geographical locations. Steed was a suave, mysterious agent, Emma a cool but warm sharer of adventures. My father enjoyed providing them with witty, almost Wildean dialogue. 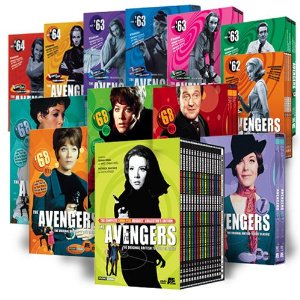 Was your dad a resource for you when writing your series of books? Does he look fondly back at the show?

He is very proud of having contributed to the show, particularly in Seasons 3-4, the end of the videotape era and the beginning of the filmed era. He fell out of love for the show when Brian Clemens began to rewrite his episodes and insisted on imposing his own particular vision. He thinks that The Avengers was a great show at its artistic pinnacle but that it could and should have been even better.

Your books seem to offer detailed synopses and selected dialog transcriptions for each episode. Tell us more about all of your Avengers books. What will readers find? Some of the books include contributions from other writers? 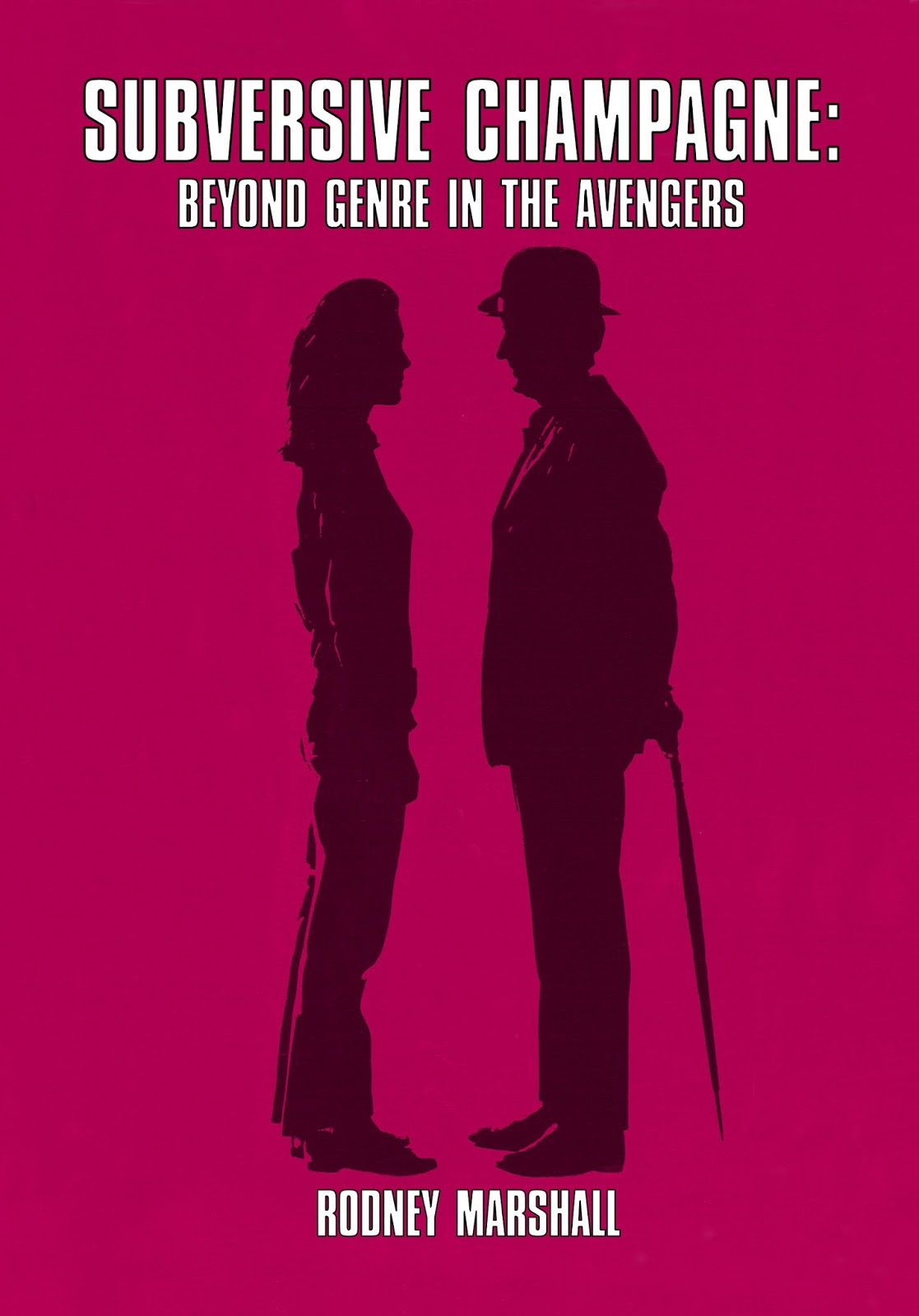 Subversive Champagne, my first book on The Avengers, concentrates solely on the Peel era and looks at a selection of episodes, arguing that the ‘classic’ episodes are the ones where the writer and director combine the froth and charm of witty dialogue, fashion and amusing fights – the champagne – with the darker, dramatic depths of surrealism and implied violence (subversion). The book explores individual episodes, analysing their effective mix of the key creative ingredients. It argues that The Avengers defies genre and cannot be pigeonholed as ‘light entertainment’. It is a show which blurs traditional classifications and boundaries. My subsequent book on the Tara King era offers brief analysis of all 33 episodes. My New Avengers book is far slimmer but offers a similar analysis to Subversive Champagne. I see this ‘new series’ as very much part of the show’s rich history.

What are some of the discoveries you made when compiling your books?

More recently, I am editing a four volume series of books covering every filmed episode in closer detail. The contributors come from all over the globe and their approaches vary. This allows for more variety than in my own books. We are trying to avoid over-intellectualising the show or dumbing it down, instead offering enjoyable readings of each episode. Bright Horizons (volume 1) was very well received and Mrs. Peel, We’re Needed is out in September.

Sounds fun! Maybe I can contribute something about fashion. What are some of the main elements of the show or patterns in the stories you noticed while compiling your books?

While researching and writing/editing these books, it has struck me what a clever, innovative, unique show The Avengers was. It constantly evolved and changed, each season has its own charm and idiosyncrasies, yet the classic episodes share a unique approach: taking TV drama towards a daringly self-referential extreme. 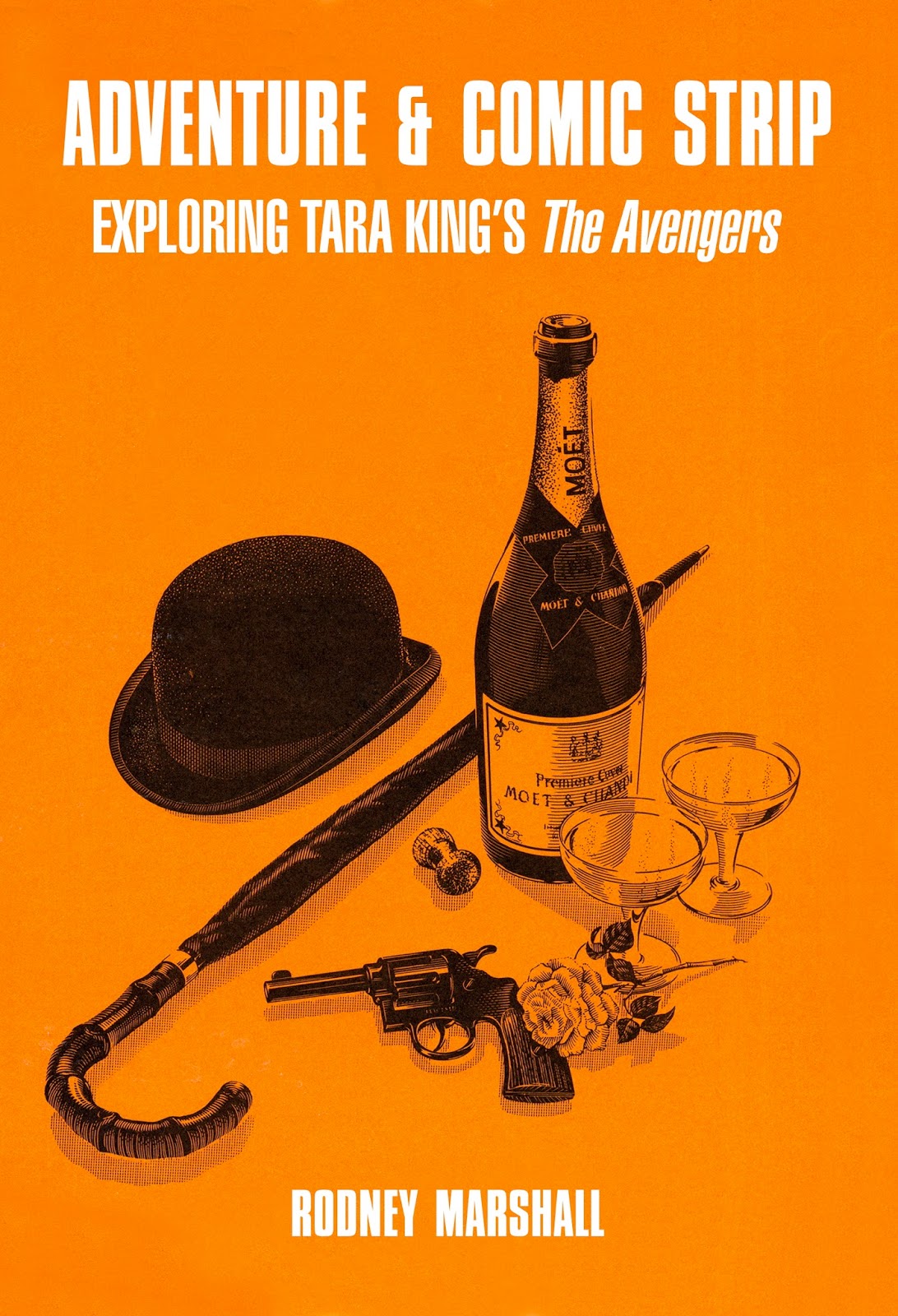 What are some of your personal favorite Avengers moments or episodes?

Personal favourite episodes: The Town of No Return, Silent Dust, The Hour That Never Was, Too Many Christmas Trees, Epic, Something Nasty in the Nursery, Death’s Door, Requiem, Stay Tuned… the list could go on. Steed and Emma exploring the deserted airbase with not a soul in sight is my abiding favourite memory/scene.

From your unique perspective, what are some of the elements the 2008 movie got right/wrong when adapting The Avengers. I believe the film included some of your dad's original dialog. It's coming out on Blu-ray soon.

The 1998 movie got most things wrong. There are fleeting moments which recreate Avengerland: the opening sequence, the winter snow around the phone box and the labyrinthine staircase. However, Steed and Emma are meant to share a ‘cool warmth’ and are wonderfully likeable characters who we admire. In the film they are cold and almost like good-looking mannequins. In addition, The Avengers was never ‘timeless’, it was set in the Swinging Sixties. A contemporary setting doesn’t work, nor can it function without Macnee as Steed. 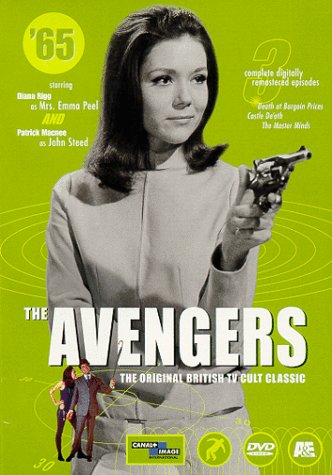 I noticed your dad was unable to attend the 50th anniversary of The Avengers events due to health. How is he now? He turned 80 this year? Do the Avengers families have any contact? Have you connected with any of the actors, producers, or crew members over the years? I admit I often wish I could spend some Sundays chatting with Patrick Macnee.

My father is mentally as sharp as ever but physically aged – he is now 80. However, he is always happy to contribute to DVD commentaries and books and he added a foreword on "The Hour That Never Was" to Bright Horizons. I recently contacted and chatted to Colin Finbow who lives near me and wrote the delightful episode "A Surfeit of H20." 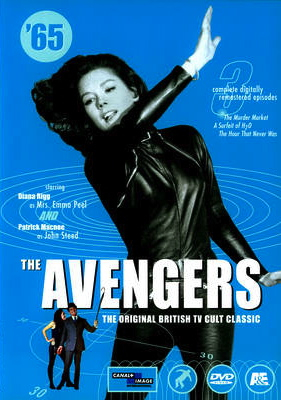 Are there areas of The Avengers yet to be covered? Do you have any future projects in the works? 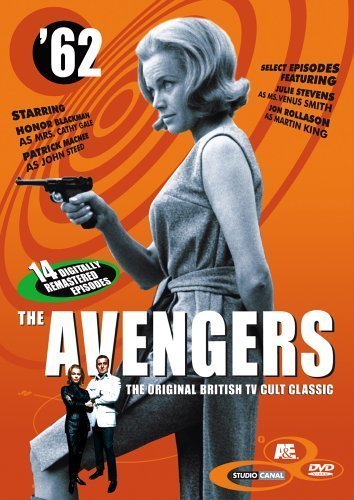 Your books are available in paperback?

Yes, each volume of The Avengers on film is (or will be) available in paperback (Amazon) and hardback (Lulu). [Some limited-edition Hardcovers are available until the end of this month on Lulu].

Was it difficult to license images for your book covers?

Each book cover has been provided by Jaz Wiseman who is the creative brain behind the Optimum/Studio Canal DVDs. 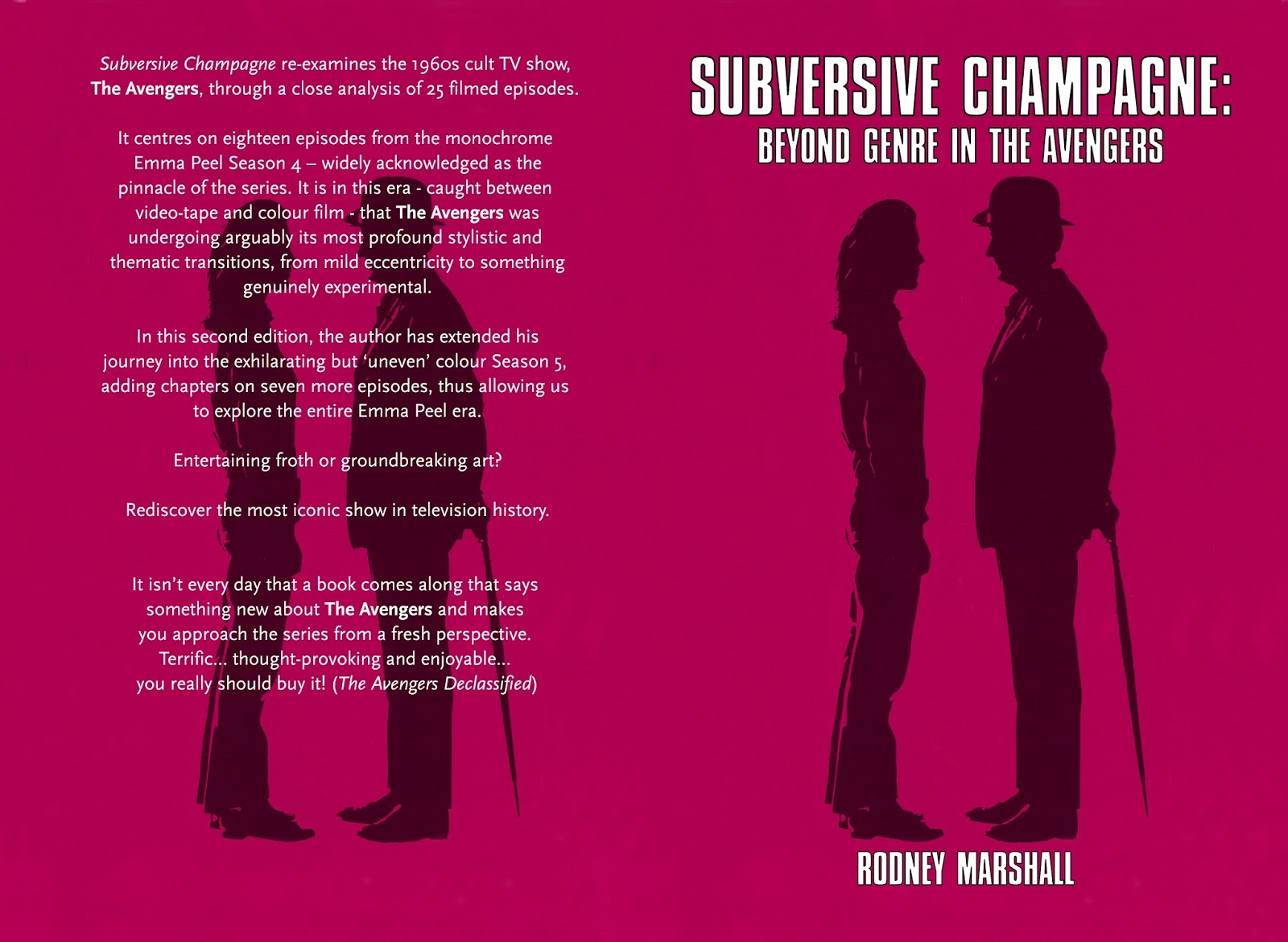 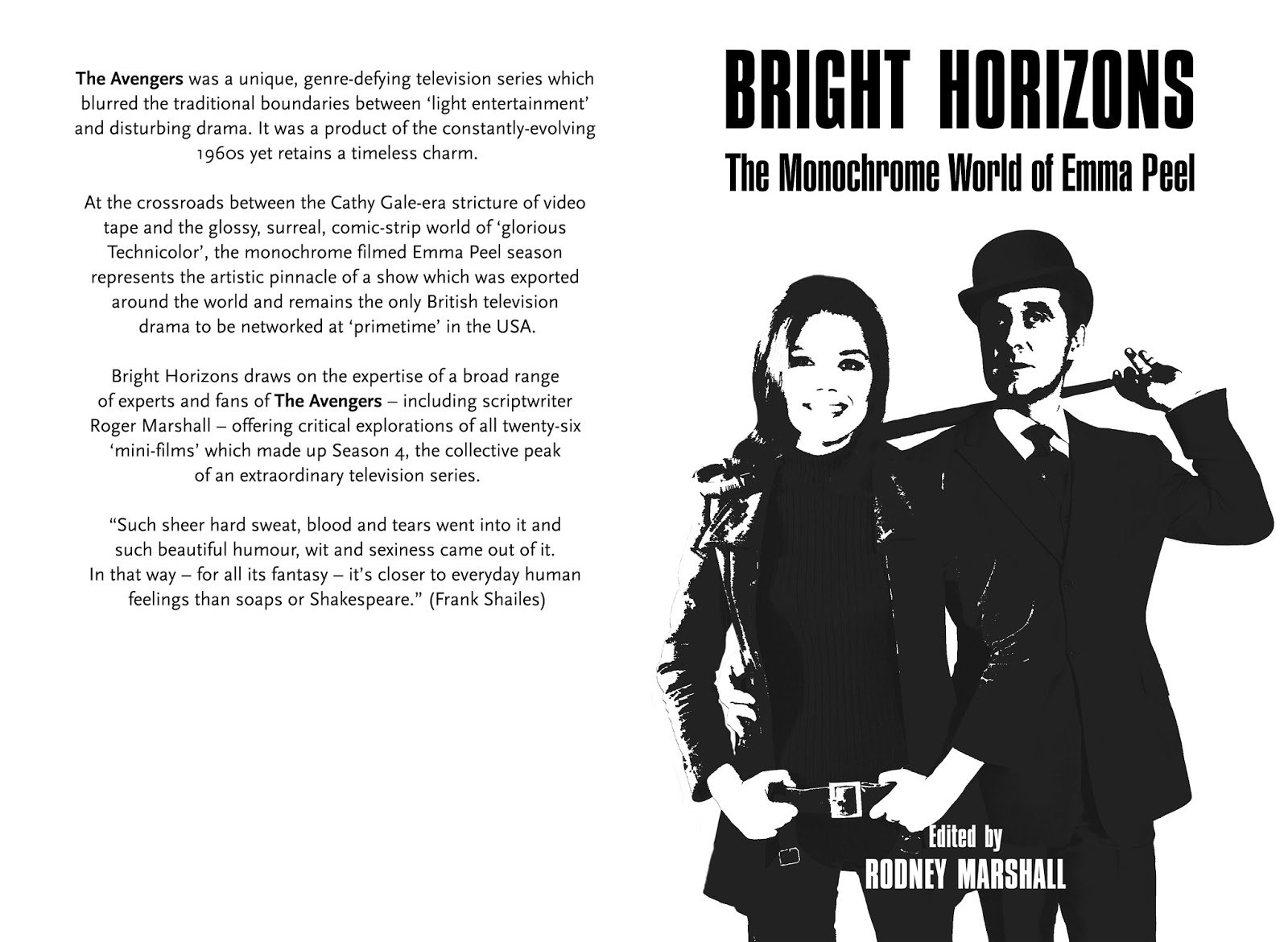 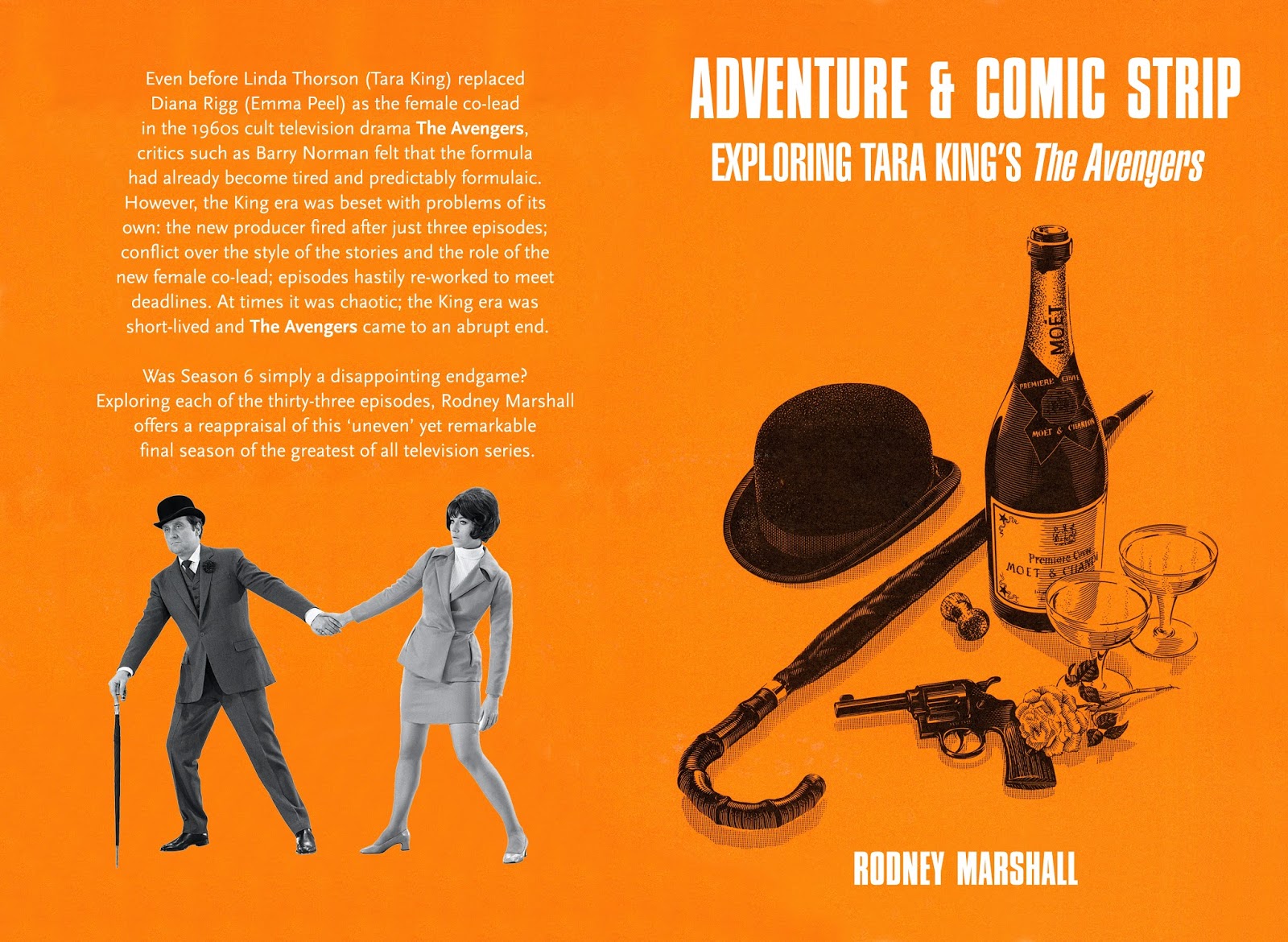 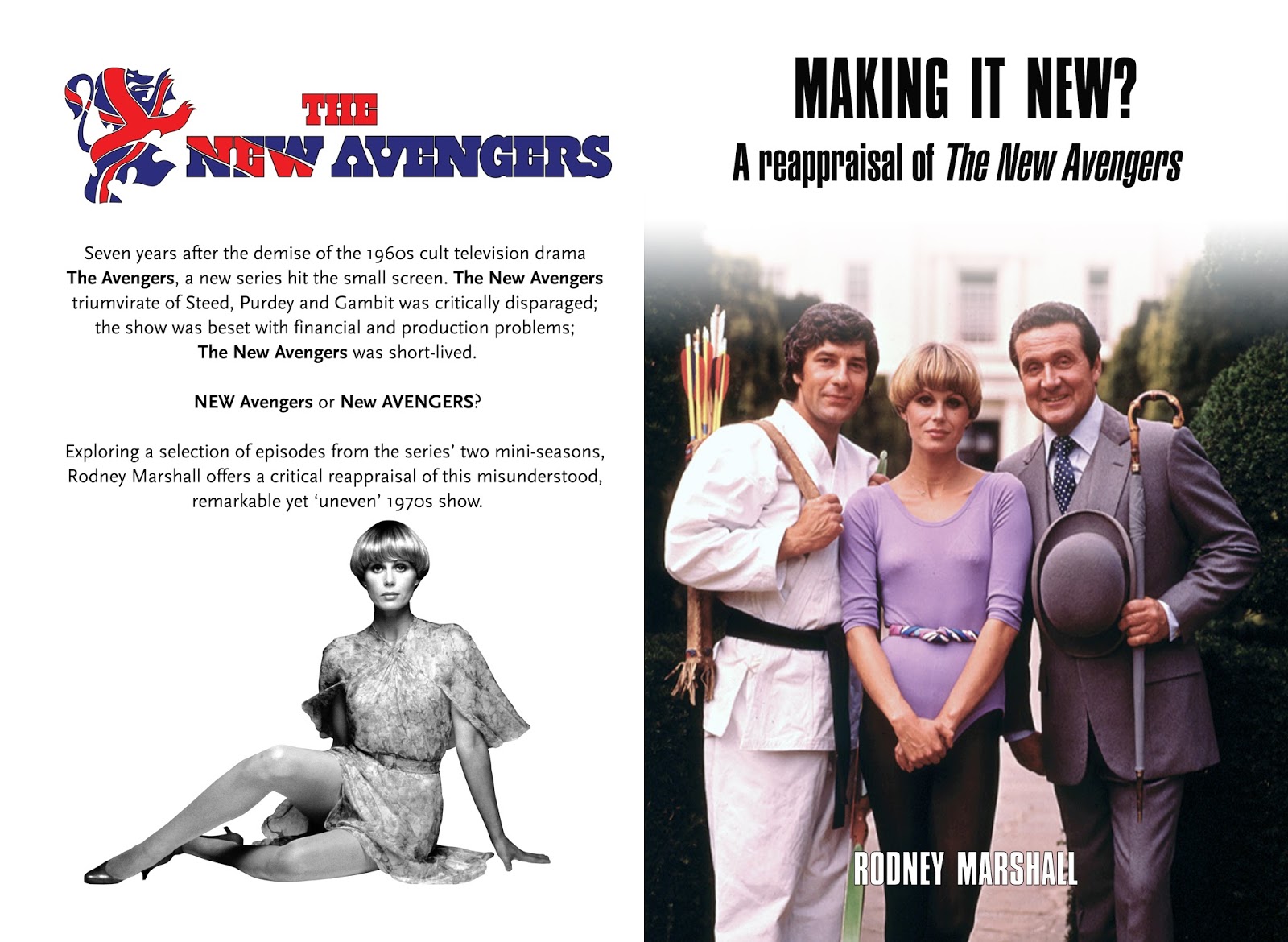 My own feelings about this wonderful series are succinctly summed up by Colin Finbow’s recent comments to me: "The Avengers quirkiness and blend of humour and suspense will always have a place in our culture.” (Colin Finbow). The great advantage and privilege of having Roger Marshall as my father is the opportunity, whenever I want insights into the greatest ever TV series, to be able to speak to someone who was there, who watched episodes taped and filmed, who knew the cast and production team, who created some of the most memorable lines, scenes and episodes and who lived and breathed The Avengers from Cathy Gale's emergence to the arrival of the technicolor world of Emma Peel. 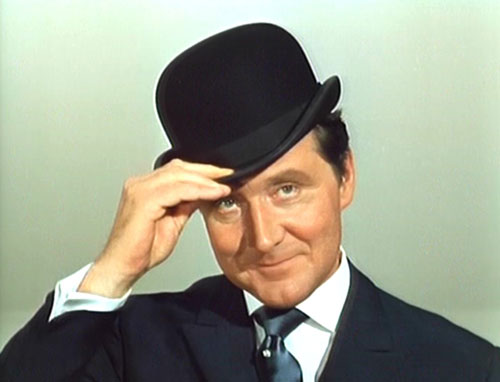 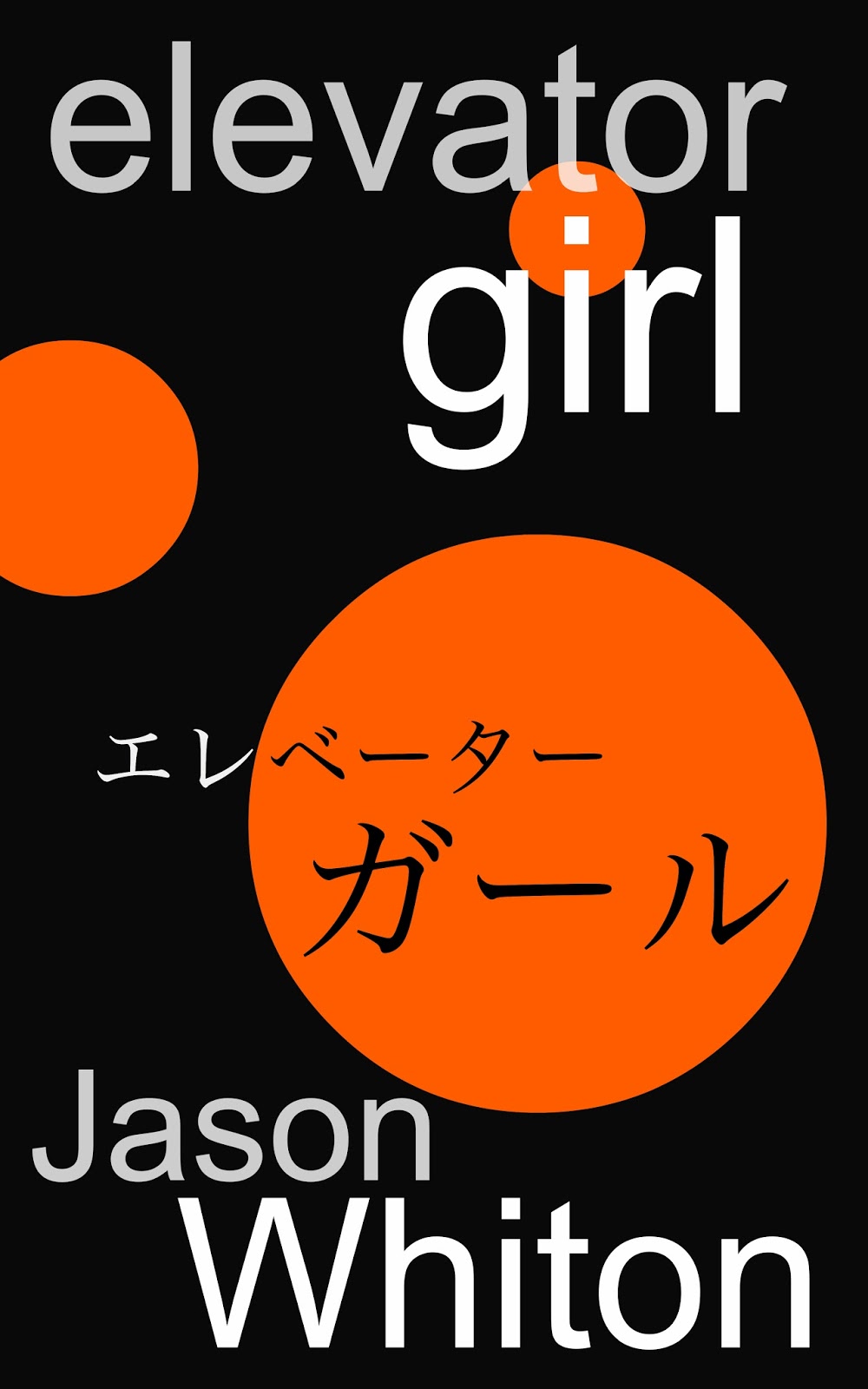