Paul McCartney's friend and collaborator, Barry Miles, summed up their early years by saying, "I think of the 60s as a supermarket of ideas. We were looking for new ways to live." If Swinging London in the 1960s represented a hurricane of cultural revolution, McCartney was in the eye of the storm. On his 72nd birthday, Spy Vibe looks back at the art of Paul McCartney. Photo below in true space-age fashion by Richard Avedon. 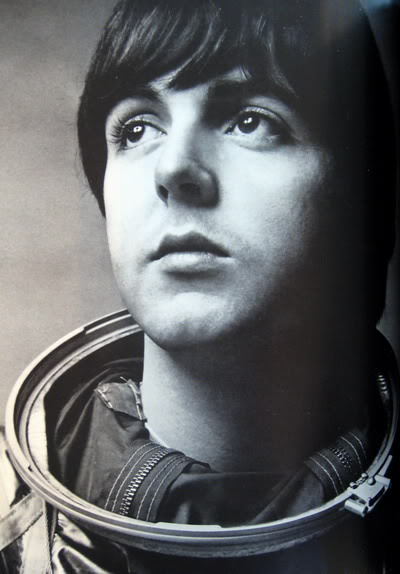 Paul McCartney was born seventy-two years ago today. His mother Mary (as in "mother Mary comes to me, speaking words of wisdom") was a nurse. His father, James, was an amateur musician. He had his own "Jim Mac's Jazz Band" back in the hot jazz days, and he brought Paul and younger brother Mike up with an appreciation for all kinds of music. The family listened closely to old 78 records and the radio, and McCartney developed a keen ear and passion to make music of his own. After a brief interlude with a trumpet that his dad gave him, he was inspired by the skiffle craze to pick up the guitar. He swapped his horn for a Framus Zenith acoustic model. It wasn't until he saw an image of Slim Whitman that he realized he could restring the instrument backwards for easier playing as a lefty. As Lonnie Donegan belted out Rock Island Line and other skiffle hits, McCartney wrote his first tunes, including When I'm Sixty-Four. In 1956, he found his "messiah" Elvis Presley. Elvis opened the floodgates of Rock and McCartney became fascinated by Fats Domino, Little Richard, Buddy Holly, and the Everly Brothers. Photo below: playing guitar in the back yard by brother Mike McCartney (The Scaffold). 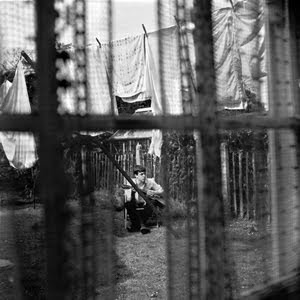 McCartney's childhood friend, Ivan Vaughan (also born on June 18th), brought him to the Woolton County Fete on July 6, 1957, where he formally met John Lennon for the first time. The two of them shared a love for Rock n Roll, especially two rockabilly cats that would tour England quite a bit in those early years, Eddie Cochran and Gene Vincent (Vincent seen below with Paul and John in matching leather gear). As the story goes of that first meeting, McCartney impressed Lennon with Cochran's Twenty-Flight Rock and Lennon played Vincent's Be-Bop-A-Lula for the first time on stage. McCartney soon joined Lennon's band and history followed with Hamburg, The Cavern, world tours, Sgt. Pepper's, Abbey Road, and beyond. 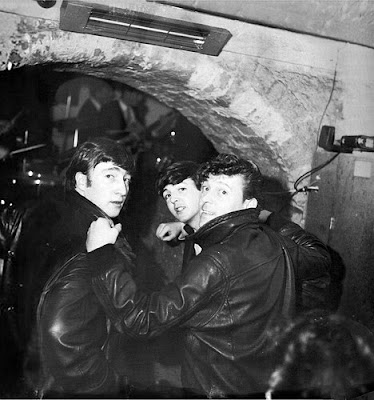 Although the movie A Hard Days Night created an on-screen persona of McCartney as the cute, crooning Beatle, history shows that McCartney and Lennon belted out rockers and ballads equally. McCartney's musical background did broaden his pallet to include jazz and showtune-style songs, which Lennon called Paul's "granny music". And although Lennon embraced avant-garde projects in the later 1960s, it is not as well-known that McCartney was a cultural trailblazer for the group in the mid-1960s. While his bandmates moved out to the suburbs, McCartney stayed in Swinging London to feed his appetite for new avenues of creativity. See below for more on experimental projects. Here is a sample of one of my favorite McCartney pop tracks from the London days, Paperback Writer, which is fueled by his infectious Epiphone guitar groove.

While juggling the busy Beatles schedule, McCartney was a man about town, soaking up inspiration from all corners of the arts. He helped Barry Miles start the underground London paper, International Times, and they attended happenings at the Roundhouse with performances by Beat Poets and The Pink Floyd. McCartney began to attend film screenings and to make his own experimental films (his footage was later stolen). He also became fascinated with John Cage and the creation of tape loops and sound collages, which he called "electronic symphonies." He facilitated Lennon's contribution of his hand-written lyrics to The Word, Yoko Ono's book of graphic scores for John Cage. And McCartney helped to renovate and set up the Indica Gallery (Miles and McCartney shown below at Indica), where Lennon later met Yoko Ono. Moving with the in-crowd in Swinging London, it would prove to be one of the most creatively fertile periods for both McCartney and The Beatles. 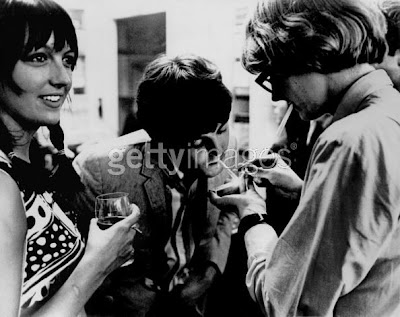 McCartney's passion for experimentation fed back into a number of Beatles projects, including the seagull-sounding tape loops on Tomorrow Never Knows, The Sgt. Pepper's concept album, the formation of an Apple subsidiary label devoted to poetry (including William S Burroughs) and experimental music, and the Magical Mystery Tour film. McCartney later teamed with Sgt. Pepper's cover artist Peter Blake, Super Furry Animals, and others on an interesting album called Liverpool Sound Collage (2000). Here's is the track Temporary Secretary from McCartney II (1980). With its manic vocals and early use of synthesizer, Rolling Stone has called it a "cult classic."

Paul McCartney has continued to explore mainstream and experimental projects each year since The Beatles disbanded in 1970. In the last twenty years, he has released many classical music compositions, new electronic experiments, an anthology of poetry (including a memorial to childhood pal, Ivan), and he exhibited a large body of work as a painter. How does he manage it? If lifestyle is any clue to his output: jogging, family, laughter, music, and being meat-free seem to be the top of the list. Spy Vibers will, of course, celebrate McCartney's addition to the world of James Bond with his theme to Live and Let Die. Others may also applaud him for his Swinging London style. It all comes back, however, to his deepest roots- music. That kid playing guitar in the photo above is still driven by a love of performing. Spy Vibers can see for themselves during his on-going tours. He is slated to play the last Candlestick show before the stadium is dismantled (The Beatles played their final gig there in 1966). Happy Birthday, Paul. Many Happy Returns from Jason at Spy Vibe. 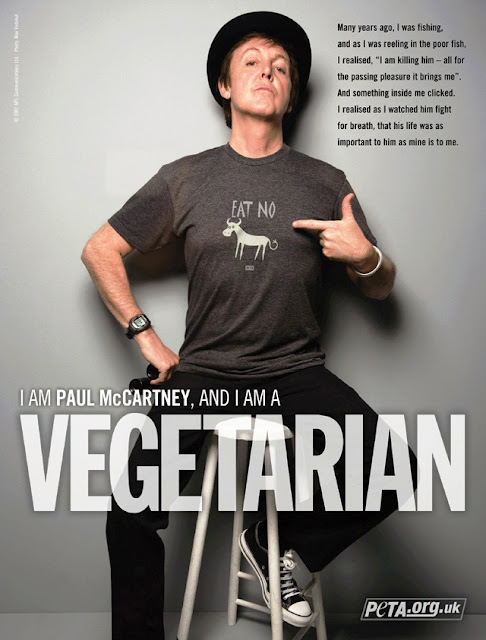 Photos from Getty Images, Richard Avedon, Mike McCartney, and press archives. If you are interested in seeing more of Paul McCartney's experimental work, here are some favorite essentials: 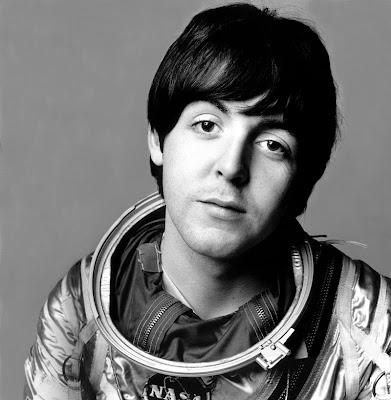