Happy Birthday to Alfred Hitchcock. The master of suspense was born on this day in 1899. In one of his celebrated talks on filmmaking (see below), the director illustrated the difference between horror and suspense. In this era of gritty shock value, contemporary storytellers could learn much from this two minutes of wisdom.


Hitchcock is still celebrated for a long career that spanned from the silent era to the 1970s. His stories often centered around individuals who were wrongly accused and who were thrown into adventures to clear their names. He was also adept at walking a fine line between suspense, epic action, and humor. Hitchcock's famous wit became a trademark in the late 1950s with his TV program, Alfred Hitchcock Presents (1955-1961), and with record albums like this 1958 release, Music to Be Murdered By (see clip below).


Take a look at Criterion Collection's "3 Reasons" to watch The 39 Steps (see below). You will notice they include "the original MacGuffin." This was a story element popularized by Hitchcock. The idea was to establish a vague, but vital, goal that all of the characters would be invested in. Once that element was planted in the viewers' minds, it would serve as an engine to fuel the entire saga. A McGuffin could be anything, from secret blueprints and information to missing persons and evil plots. The details of the McGuffin were never as important as the dramas that unfolded around them. By the way, The Criterion Collection has released three early Hitchcock spy thrillers on glorious Blu-ray: The 39 Steps, The Man Who Knew Too Much, and The Lady Vanishes.


With 67 directorial credits, most of which are celebrated classics, it's difficult to choose a short-list of Hitchcock's movies. But if I had to pack a desert island care package for my fellow Spy Vibers, I would suggest the following titles. Being a fan of spy movies, the list is weighted heavily to Hitchcock's earlier works that show the influence of Fritz Lang's crime thrillers. Incidentally, I believe Cary Grant's performance in North By Northwest inspired a screen image of James Bond for author Ian Fleming. 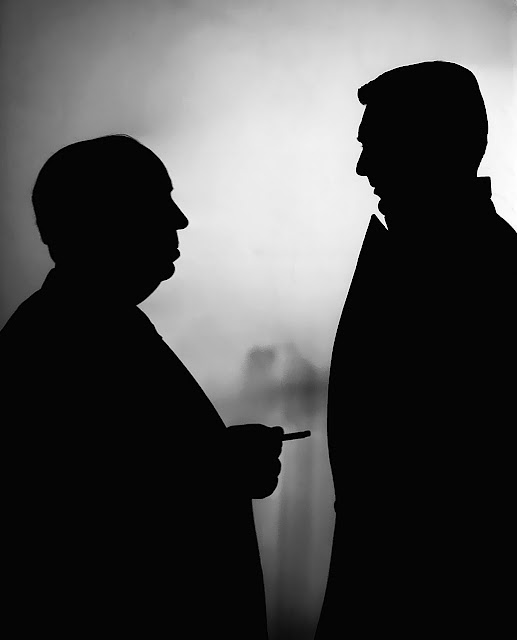 Still need to enter Spy Vibe's summer contest to win vintage prizes? The deadline has been extended to August 16th. Details here. Get ready to meet MIKI ZERO, a Japanese fashion model and spy from 1965! I've written a novel inspired by Spy Vibe. More info at my website here.
Posted by Jason Whiton at 10:26 AM