My greatest passion and life-long hobby is music. I started playing guitar when I was six or seven- about the same time I got my first non-kid record and portable record player. My dad was working as a sound engineer at the time and my grandmother was busy teaching flute and playing as principal flutist for the Greenwich Symphony. I spent time between each of their houses and my ears filled with Debussy and the bluesy sound of our "house" band, the Twinkies (starring family pal Chance Browne/Hi and Lois). In my room, I enjoyed watching that rock record spin around as the music came punching out of the single speaker in glorious mono. That first record? The Beatles Help! A family friend eventually gave me her entire collection of first US pressings and I was quickly immersed in a record hobby that continues to thrive today. I have fond memories of searching for Beatles cards and memorabilia at flea markets and tag sales, which my dad and I frequented on weekends. You could still find treasures on a $5 allowance back then. I once bought a massive scrapbook from a family (I think their daughter got married and moved away). The pages were filled with newspaper clippings from the band's early visits to the US. It was thrilling to look through the images, and at the album art itself, as I listened to my growing collection. Ever dedicated to spreading cool culture, I made cassette tape mixes for kids at school for one cent per song! The Beatles remained the center of focus, and even became a social activity when my childhood pal, Alec, and I would lip-synch to their records in his downstairs studio/playroom. We used badminton rackets for guitars. 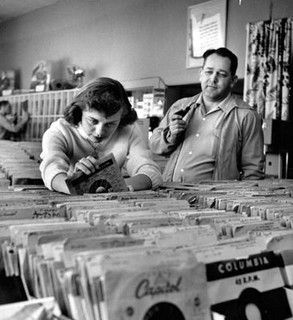 With all of the live music being created around me, my interests also expanded out to collecting other genres. The love of Blues records fed back into my own guitar playing, so the whole passion came full circle. Why is record collecting so vital? The key ingredient is curiosity. Walt Disney said that creation comes from curiosity. And if you have ever flipped through stacks of vinyl, you know the thrill of that moment when a cover design, batch of song titles, or an ensemble of musicians ignites your imagination. It is the pursuit of Art! 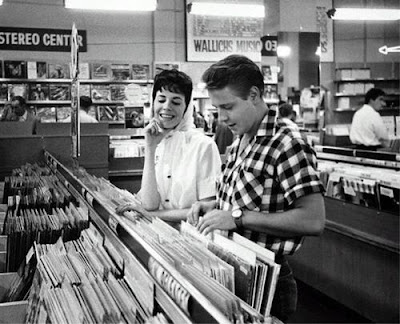 There is nothing like the sound of vinyl. The music moves through the air with warmth and round tones, and it just has a more human quality. I'm excited to see that records are returning to the mainstream. Many of my students are collectors (and musicians), and I see local shops being revived by Record Store Day events. For those Spy Vibers starting out, I urge you to look for used stereo components and speakers, rather than buying a cheap portable player. You'll notice quite a jump in sound quality!

Record collecting has always been a passionate hobby for music fans. I recently created an archive of Vintage Vinyl images on Pinterest. Here are some highlights below: George Harrison was such a record fan, he even had a record player installed in his Jaguar XKE; Eric Clapton and the Yardbirds sign autographs at a shop; Like the old movie palaces, some record stores (like HMV) were designed to stimulate both eyes and ears with artistic care; Dig those listening booths!

Want to find your local record stores? Check out the Vinyl District App and happy hunting! Great record collecting stories: Desperate Man Blues, Vinyl Junkies. Spy Vibe's post about the 8-Track Museum here. Family trivia: My dad produced a strange variety of albums that included DJ/comedian Don Imus, banjo pioneer Bill Crofut, and Bach recordings by Anthony Newman. My grandfather was also a composer/musician, who created work with Roger Sessions and Poet Laureate, William Meredith. One of the most interesting things I've been able to do as a musician was to create a re-mix for a song by Yoko Ono and the Plastic Ono Band. Things do come full circle :) 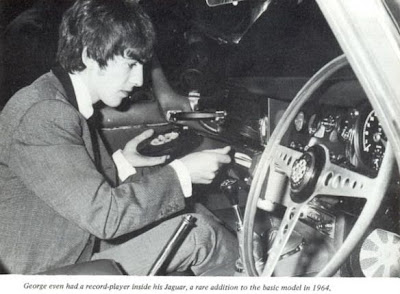 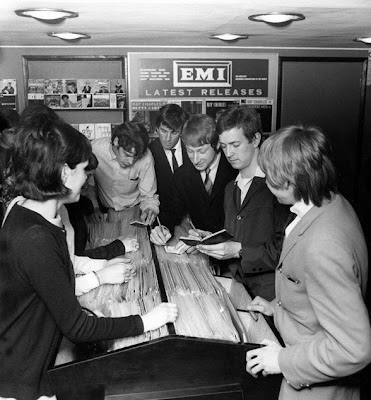 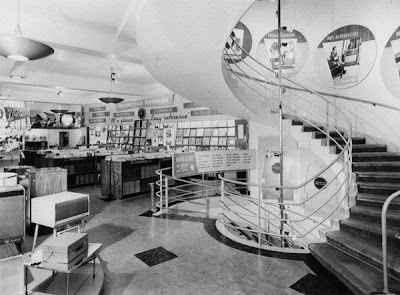 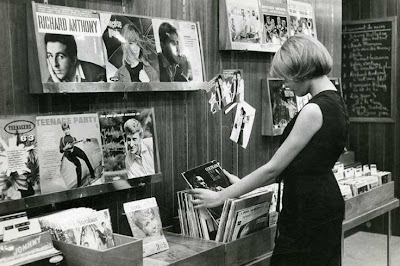 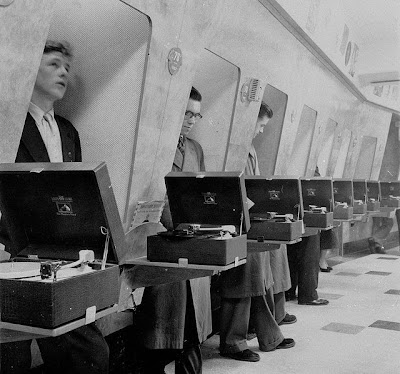 Get ready to meet MIKI ZERO, a Japanese fashion model and spy from 1965! I've written a novel inspired by Spy Vibe. More info at my website here. Can you help Spy Vibe maintain the rising costs of managing the domain? Please make a donation through our secure link at the the top-left of this page.  Recent Spy Vibe posts: Julie Newmar, Erno Goldfinger, Zatoichi Box Set, Hitchcocktribute, Ian Fleming memorial, Emma Peel Megaset returns.
Posted by Jason Whiton at 9:15 AM