Happy Friday, Spy Vibers! I've been doing some music-related research this week and came across some interesting connections. Whether it was Paul Simon, Pink Floyd, Bob Dylan, or Pete Seeger, I found myself being oddly drawn back to Greenwich Village. It all began with a TV special Simon and Garfunkel did in 1969 called Songs of America. It was directed by actor Charles Grodin and his intentions were to capture the social and political landscape of the times in order to provide context for Paul Simon's lyrics. He included scenes of poverty, race riots, and the funerals of Jack and Bobby Kennedy and Martin Luther King Jr. Fearing political backlash from southern viewers, the sponsor actually pulled out of the project. Set mostly to the songs from Bridge Over Troubled Water, the program also included a collage of interviews, recording sessions, and scenes of Simon and Garfunkel walking around New York. At one point they stopped in front the Folkways office, and then in front of a theater. The moment went by in a second, but my curiosity needed to be satisfied. What was the theater? I'm too much of a detective to let something like that pass. I re-watched the clip on slo-mo and was able to make out the Waverly Theater, which is in Greenwich Village. The film listed on the marquee was The Spy Who Came in From the Cold starring Richard Burton and Oscar Werner. Since the movie, based on the John le Carre novel, came out in 1965, I could only surmise the clip was either something S & G had in their archives, or the Waverly was doing a repeat screening. Regardless, it was pretty neat to spot that detail. And I was reminded, of course, of Simon's line in America, which appeared on Bookends in 1968 (cover photo by Richard Avedon):

The Waverly, by the way, was famous for being the first theater to run midnight screenings of Rocky Horror Picture Show. The building was eventually abandoned and became derelict until a recent renovation and reopening by the IFC (nice to see happy endings for old theaters!). At the same time this week, I've been re-reading Bob Dylan's autobiography, so the Village has been vivid in my mind. But the connections continued! As I was watching the wonderful David Gilmour (Pink Floyd) documentary, Wider Horizons, this morning I was struck to hear that his parents moved to the Village permanently in 1965 (did they see Spy Who Came in From the Cold at the Waverly?), and that they had send David a few records from an earlier trip for his 16th birthday in March '62. Gilmour still owns the Newport Folk Festival records, which he showed on-screen. His parents also sent him Bob Dylan's first album (within a week of release) and Pete Seeger's guitar instruction records. So many great British musicians of that era found inspiration in skiffle, and from the players who launched the original folk and blues movement such as Pete Seeger and Leadbelly. It was cool to hear Gilmour reminisce about hearing Seeger's lessons as a kid, and pretty amazing to think that such simple steps like tuning and basic chords would lead to such iconic music. But there it was again, the Village. And connections kept coming. Gilmour then met up with Jamie MacColl (Bombay Bicycle Club) in the documentary to sing Wish You Were Here on stage. And there we were once again, back in the Village and the folk boom. If you didn't recognize the name, Jamie's grandfather was the very famous British singer and folklorist, Ewan MacColl, and his grandmother is none other than Peggy Seeger- sister of Pete Seeger. *added: And the icing on the cake? Gilmour and his band Jokers Wild played a gig at Great Shelford in Cambridge in October 1965. Who was also on the bill? The Pink Floyd and... Paul Simon. Lots of full-circle moments happening on my radar this week, all because I had to pause a video to find out what movie was playing in the background of a Simon and Garfunkel TV special. Here are my quick shots of the screen and a vintage photo as evidence. *Added connections #2: It turns out my aunt and grandparents saw Spy Who Came in From the Cold at the Waverly in 1965! My aunt was twelve and said the film was frightening and that the rainy night added to the tone of the evening. Small world indeed! Related posts: Pete Seeger: R.I.P., Folk Boom, Pete Seeger Grammy, Dylan at Newport, Andy Warhol: 15 Minutes, 60s Overdrive, Make Love in London Psychedelic Celluloid, 60s Exposed. Spy Vibers, You can now hear my new radio segments with Cocktail Nation: Episode #1 (Danger Man) and Episode #2 (The 10th Victim), Epsiode #3 (On Her Majesty's Secret Service). Enjoy! 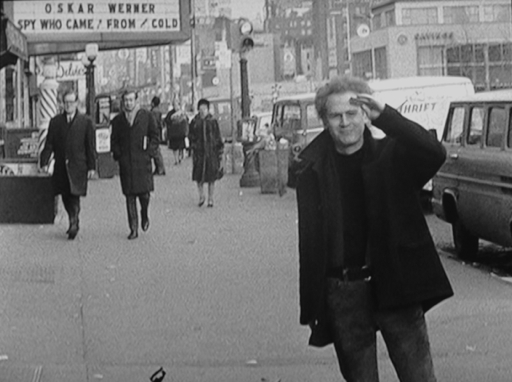 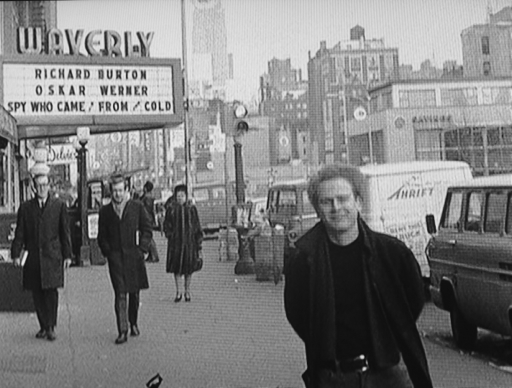 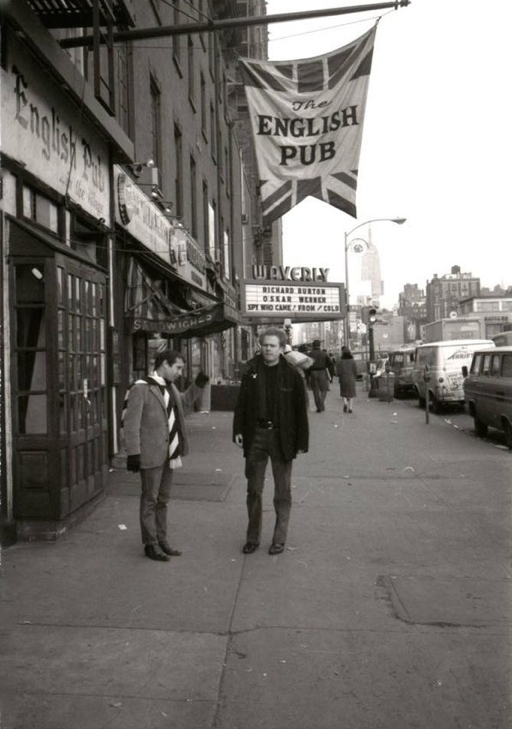