FOR YOUR SHELF ONLY: ROGER LANGLEY

Our next guest is Roger Langley. Roger is the author of the biography, Patrick McGoohan: Danger Man or Prisoner?, and he is one of the key people at the Six of One Prisoner Appreciation Society, which organizes annual trips to Portmeirion, where The Prisoner was filmed. You can hear some of his interviews on-line at the Patrick McGoohan website. 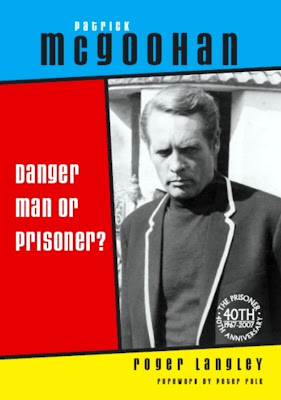 I began buying spy thrillers in the early 1960s, and then Bond books by Ian Fleming after the first movie was released. I found the novels to be more interesting than the stories presented on the big screen, with wonderful descriptions of places, people and events; you could feel the Bentley engine running, smell 007’s special cigarettes and taste the coffee – and cocktails! Being a student at the time I was limited to paperbacks, but in later years I started to seek out the British hardbacks, the Cape first editions. Of course I never owned a Casino Royale 1953 copy, but I did acquire a reprint, with the later Pat Marriott cover playing card design. 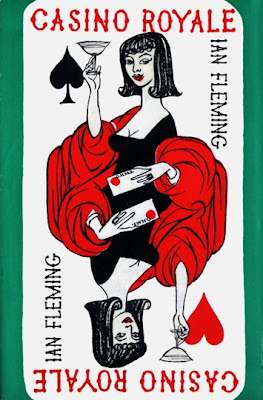 When did you become interested in Patrick McGoohan’s projects- Danger Man and The Prisoner?

In 1959 I used to visit an aunt who could receive London ITV broadcasts and on Sunday evenings Danger Man was shown. I found the show fast-moving for its time and the hero John Drake (Patrick McGoohan) seemed smart and he could also throw a punch. When the various seasons ended I picked up on The Prisoner and found it to be fascinating. I stayed in each week to catch the episodes in 1967/8 and my girlfriend at the time couldn’t figure why I no longer wanted to go out on Friday nights! People used to be intrigued by the mystery ‘Number One’ figure and in the end McGoohan’s unmasking of the character made viewers complain, as they didn’t understand what had just happened and what the ending meant. I had to wait ten years before the show was repeated again and so it was like seeing it all over again as new, but this time in colour! 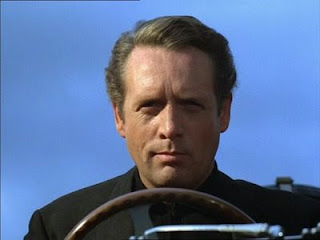 Did you read and collect the books that were published for these shows? Are there rare editions among these books?

The 1965 and 1966 annuals fetch good prices if they are in excellent condition. There is a very nice large French hardback glossy coffee table book, Destination Danger, published in 1996, which also fetches good prices. 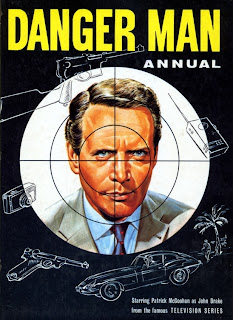 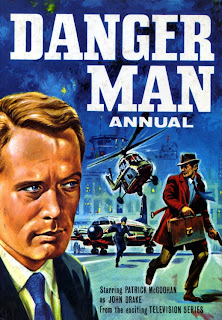 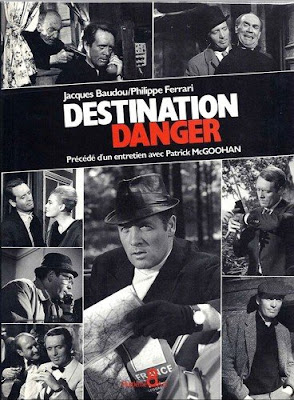 Did you collect the novels? How do those books hold up as literature?

I have all the Danger Man/Secret Agent paperbacks. There are no real rarities. The paperback stories are ok, but you really need McGoohan on screen to lift the action. The Prisoner trio of Ace paperbacks from 1969/70 are really just collector’s items, as the stories don’t follow the TV episodes and there are errors, or inconsistencies. 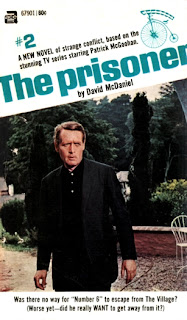 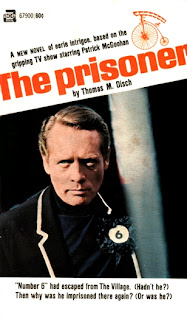 Do you have some pieces that were harder to find as a collector?

I have the three glossy ITC story book, brochure and press book editions from 1967. I used to visit the headquarters of ITC, the company which distributed on TV Danger Man and The Prisoner. I was given the books and this was fortunate as they are very hard to find. 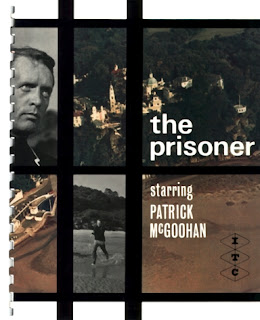 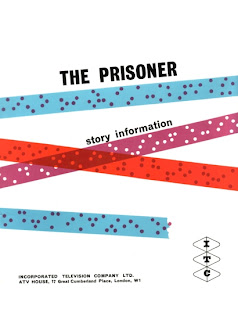 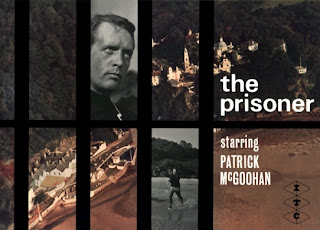 I also have many original photos, some taken by members of the public at Portmeirion in 1966 during filming. And I have movie footage of the location shoots in 1966 which are one-offs.

I acquired my Danger Man / Secret Agent books around 30 years ago. At the time, in the UK, secondhand paperbacks were cheap and of course there were no online auctions or seller websites. I joined the Prisoner appreciation society, Six of One, in 1978 and was able to swap items with members, or somebody would get me a book I needed if they saw a copy in their home town for example. So I was lucky to have quite a few people who could source books for me and I would return the favour. Then I was given the three US Ace Prisoner paperbacks, which were the only novels from the series at the time. However, in 1979, two hardbacks were published in the UK by Dobson, followed in 1981 by paperback versions of the three US novels, published by New English Library (NEL). These had attractive picture covers. So within just a few years I managed to collect all the early books. I have collected many foreign editions of the various novels, as well. 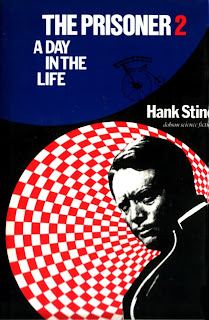 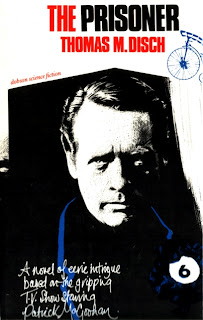 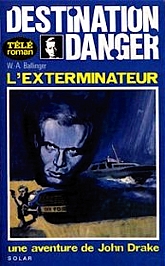 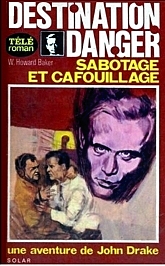 In 1967 there was no Prisoner merchandise, except for a model Village taxi, a vinyl 45 rpm disc of the theme and its sheet music. Danger Man spawned a fair amount of merchandise but I only collected the books, not the games. 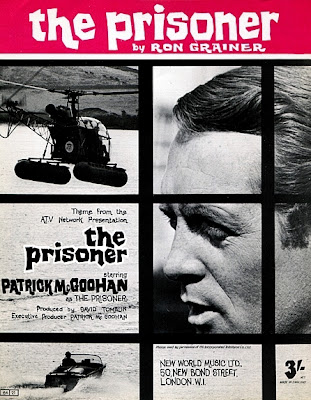 I also was given the Canadian Prisoner Puzzle publication, which is rare, along with its accompanying Program Guide. I haven’t seen these being sold since eBay started up and I don’t think there are many copies out there. 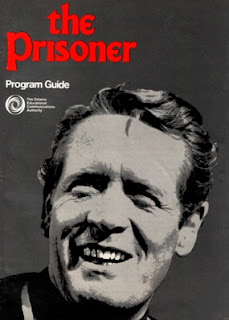 Are there one or two items in your collection that you prize above all others? Where did you find them?

I have some nice messages from Patrick McGoohan. I used to send him greeting cards for birthdays and Christmas and he would send either cards, or telegrams, a telex, or make a call. He never used email. 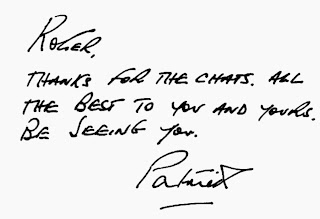 Somehow, I imagine that McGoohan wasn’t a big fan of signing autographs. Are his signatures hard to find?

Quite the contrary. He always sent photos to fans signed to their name and I have several which he sent with a nice covering note. His ‘bad boy’ image was, I think, to keep his screen characterizations intact. A few years before his death he signed many Prisoner shots and movie stills which were then sold online. I have some of those but my favourite ones are a collection he signed for me when he was in London twenty years ago. 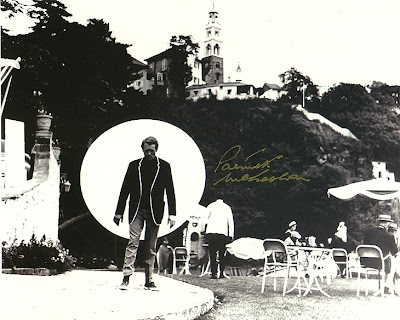 The letter below, which McGoohan sent to fans and enquirers, was one of two which were hand-signed after Danger Man ended. The star was starting to plan The Prisoner and shooting commenced in early September, 1966. He didn’t give much away and for some months the press stories were vague, speaking of a new show shrouded in mystery. I was able to purchase examples of the letters from fans who contacted me and I also had an original copy of McGoohan’s outline synopsis for the show. The actor also signed for me a map which I produced, based on the one seen in the opening Prisoner episode Arrival. 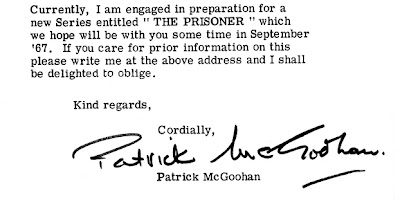 I am pleased to have acquired Prisoner model vehicles from Japan, videos and DVDs from Spain, Italy, Germany, France and Japan. I have a separate glass fronted cabinet of every Prisoner book and publication produced during the past four decades. My one wish is that Prisoner appreciation had started ten years before it did, so that more props and costumes, badges and scripts could have been found. At the first convention in 1978 I met a man who told me he had just thrown out a box of badges and call sheets, cue sheets etc. which he had kept since the Portmeirion 1966 filming. If only I had got there a week earlier! 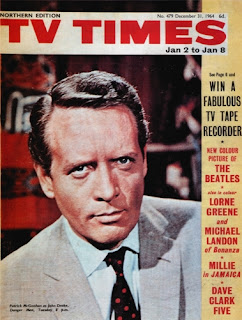 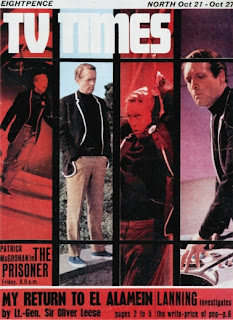 What are the rare ‘holy grail’ collectibles for Danger Man and Prisoner fans?

There was a Prisoner press conference in 1967 and it was filmed, but nobody knows what happened to the footage. I have photos showing a guy with a camera, shooting the event, but the film has never turned up. McGoohan was shouting questions to the press from a cage and was in costume, so to see that today would be memorable, as all the show’s props were on display too.

How did you start organizing tours to Portmeirion for Prisoner fans? Does that run each year?

The annual weekend conventions are organised by the appreciation society, Six of One, and started in 1978. I went to that one and met my future wife. We now have three grown up children and so have imprisoned each other! The Portmeirion events are so well organised that visitors sometimes think that a Prisoner remake is being filmed! 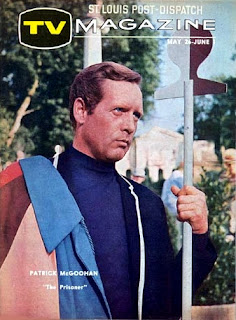 Thanks again to Roger for joining us and sharing his love of collecting and celebrating the work of Patrick McGoohan. I was a big Prisoner fan myself and joined the Six of One society as a kid. I remember being so excited to finally see that there were others (my tribe!), and that there were some publications out there (that I couldn't afford, unfortunately). Before that, I had typed my own episode guide based on observations watching the show. It was quite a task trying to jot down the names as they flew by in the credits! I gave the original to David Webb Peoples as a gift when he was writing a Prisoner script for Christopher Nolan. I never found any McGoohan memorabilia or books in my own hunting, so it's really fun for me to see some of Roger's collection reproduced here.

Scroll down for past editions of our series, For Your Shelf Only, where guests share stories about collecting and show us some of their treasures. Series links: Jon Gilbert, Raymond Benson, Jeremy Duns, Peter Lorenz, David Foster, Rob Mallows, Roger Langley, Craig Arthur, Fleming Short, Matt Sherman. You can find cold war design books and other spy treasures in Spy Vibe's secure Amazon Store.