On this day in 1957 an event occurred at a small church in northern England that would change the course of history. At the invitation of his childhood friend, Ivan Vaughan, Paul McCartney went to the Woolton Fete to see a new skiffle band. The young McCartney was a great fan of music. His father, an amateur jazz musician, introduced him to the standards. He gave his son a trumpet, which the boy later traded for a guitar in the wake of Skiffle-mania, Lonnie Donegan concerts, and the coming of Elvis and Rock n Roll. What is Skiffle, you ask? Check out this nice introduction.


The band performing at St. Peter's Church on July 6th was a local group called The Quarrymen, and McCartney was impressed with the leader, John Lennon, who belted out bluesy improv lyrics with great swagger. Ivan took Paul to meet the group during a break. In this famous encounter, McCartney wowed Lennon with a rendition of Twenty Flight Rock by Eddie Cochran. Eager to see his band grow professionally, Lennon invited the talented younger boy to join the band. Their repertoire grew as they found themselves as a group and as songwriters. The Beatles launched an international wave that rippled throughout the arts. Popular music and culture would be forever changed around the world. Ivan Vaughan was the catalyst. 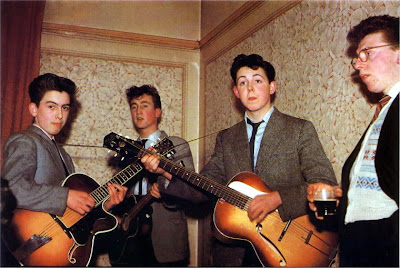 Another factor that was key to their genesis was the end of national service for young men in England. For the first time, kids like Paul and John could pursue their hobbies and explore their identities in ways that were unheard of for their parents. Beatles drummer, Ringo Starr, said in a May 2008 interview that the end of mandatory national service in Britain made it possible for the Beatles to exist. “We were the first generation that didn’t go into the army. I missed the call up by, like, 10 months, and so we were allowed, as these teenagers, not to be regimented and [we] turn[ed] into these musicians." Ivan had been an early bass player for The Quarrymen, but his life turned toward the classics and teaching. Later in life he was diagnosed with Parkinson's. He wrote a book in 1986 called Ivan: Living With Parkinson's Disease, with an introduction by Johnathan Miller (Beyond the Fringe). 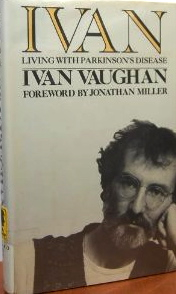 Paul and his friend Ivan Vaughan shared a birthday. Vaughan's death in 1993 prompted McCartney to write a poem. Other writing followed, and he eventually published a collection of poems and lyrics called Blackbird Singing in 2002. In honor of Ivan Vaughan and the anniversary of the meeting between Lennon and McCartney, here is Paul's poem:

The Beatles recorded their studio masterpiece Sgt Pepper in 1967. One of the most innovative tracks was A Day in the Life, which combined fragment songs, abstract segues, and orchestration- a revolution in the days of Rock singles. Spy Vibers can spot a number of influential artists in this film. Who do you recognize? Incidentally, one of the classical musicians on this album was the father of David McCallum (The Man From U.N.C.L.E.). David McCallum Sr was a concertmaster violinist with the Royal Philharmonic Orchestra and the London Philharmonic Orchestra.

As the imagination of The Beatles continues to influence contemporary culture, the two surviving members still write, record, and perform. Paul McCartney, who turned 70 last month, has just been on a world tour. Ringo Starr, who is on tour now, turns 72 tomorrow on July 7th. Happy Birthday, Ringo! Celebrate these Beatles landmarks with music, friends, and imagination. Think of Ivan Vaughan today and remember that it takes friendships and curiosity to start great things.


You can find Beatles music, films, and books in the secure Spy Vibe Amazon Store. Stay tuned for our next installments of For Your Shelf Only, where fellow collectors of James Bond and other spy books talk about their favorites and share some of their treasures. Guests have included James Bond author, Raymond Benson, and Ian Fleming scholar and rare book dealer, Jon Gilbert. Series links to our recent guests: Jon Gilbert, Raymond Benson, Jeremy Duns, Peter Lorenz, David Foster, Rob Mallows, Roger Langley.
Posted by Jason Whiton at 9:25 AM