When I was studying sociology and anthropology in college, my area of focus naturally gravitated toward looking at popular entertainment as a way to understand culture. Berger and Luckmann's The Social Construction of Reality and mythology scholar Joseph Campbell were my guides. Although comics have been a life-long passion, I seemed to restrict myself to works by Japanese artists in order to better understand Japan. Frederik Schodt's books and translations were valuable resources, and I'm happy to say that I eventually met Fred, who kindly visits my art classes annually to share his expertise. But what about American comics? We have seen a lot of imagery in the last ten years, especially around the anniversary of Superman and the popularity of Michael Chabon's The Amazing Adventures of Kavalier & Clay, which have drawn attention to the Jewish experience and perspective of the 1930s and 1940s. I'm sure many readers have seen vintage panels of superheroes landing punches to Hitler's jaw. With our interest in spies and Cold War culture here on Spy Vibe, I'm excited when something appears on my radar. Thanks to an order of Lee Falk's The Phantom from Bud Plant, I learned about a recent book called Comic Books and the Cold War 1946-1962 by Chris and Rafael York. 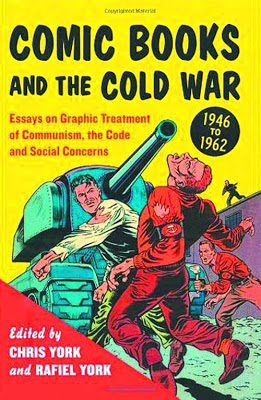 From Amazon: "Conventional wisdom holds that comic books of the post-World War II era are poorly drawn and poorly written publications, notable only for the furor they raised. Contributors to this thoughtful collection, however, demonstrate that these comics constitute complex cultural documents that create a dialogue between mainstream values and alternative beliefs that question or complicate the grand narratives of the era. Close analysis of individual titles, including EC comics, Superman, romance comics, and other, more obscure works, reveals the ways Cold War culture--from atomic anxieties and the nuclear family to communist hysteria and social inequalities--manifests itself in the comic books of the era. By illuminating the complexities of mid-century graphic novels, this study demonstrates that postwar popular culture was far from monolithic in its representation of American values and beliefs." Available in print and Kindle editions. Info at Amazon and McFarland Books. Additional images from "Cold War Comics" by Daniel Leab at Columbia Journalism Review. 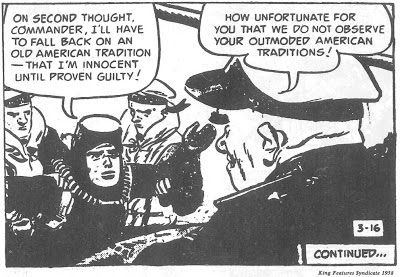 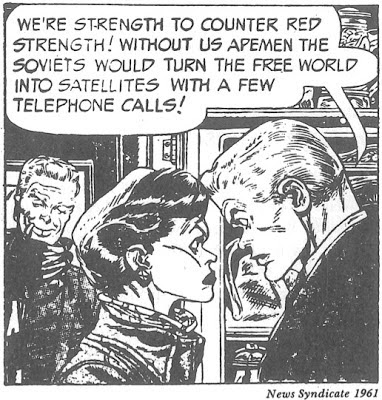 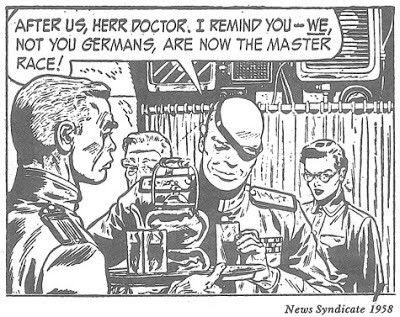 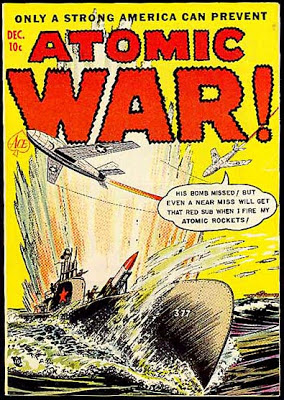