I went to the Disney Family Museum yesterday to see a new Maurice Sendak show. Housed in their special exhibits building, the work on display celebrates the 50th anniversary of Sendak's classic (originally banned) book, Where the Wild Things Are (1963). If we celebrate the revolutionary milestones of the 1960s here on Spy Vibe, we can't overlook the significance of Sendak's message of rebellion against authority and the power of youth that resonated throughout that era. With independence came all of the anxieties of responsibility, just as Max had to learn the power he wielded as a "wild thing" and was forced to find the confidence within himself to tame the monsters. Looking at that time period, it's no surprise that similar themes cropped up in other areas of pop culture. A few novels and films that come to mind are Billy Liar (1963), Catch-22 (1961), West Side Story (1961), La Dolce Vita (1960), The Warped Ones (1960), Lolita (1962), Lord of the Flies (1963), Village of the Damned (1960), and The Leather Boys (1964). Even Spider-Man, who struggled with the responsibilities of his new-found power as a young man, first appeared in August of 1962. Every generation has its coming-of-age stories, but this was the era of "wild things." 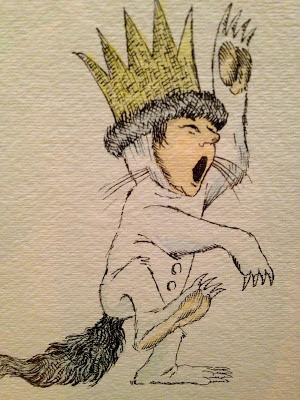 Sendak was a great influence on me growing up and his illustration style inspired me to draw. I got to meet him a number of times over the years. We lived near each other in Connecticut and I tried to attend book signings when I could. The last time we met was at Amherst College. He gave a short presentation in an upstairs classroom and then signed autographs. The room was so hot, I remember I stayed up there and fanned him with my copy of In the Night Kitchen. 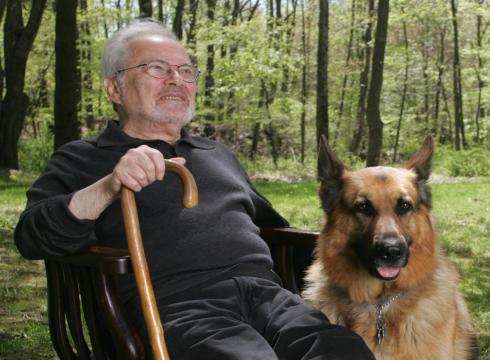 Sendak gave some very candid and emotional interviews on Fresh Air toward the end of his life. He also was the subject of a quirky video portrait by director Spike Jonze called Tell Them Anything You Want. I picked up the DVD at the museum shop and watched it this morning. Like his books, Sendak comes through as a man honestly grappling with the complications of life. But for all of his kvetching, the movie captured the artist enjoying the true happiness and satisfaction he got from his work and from his friendships- the most prominent one in the film being with his German Shepherd. After looking at his lifetime of drawings of dogs and monsters in the exhibit, I was really moved to see so much footage that illustrated the love and communication he shared with his beautiful canine pal. So in honor of all of the four-legged "wild things" we love, here is a collection of some Spy Vibe heroes with furry friends: Maurice Sendak (above), Diana Rigg and Patrick Macnee (The Avengers), Roger Moore, Buster Keaton, Alfred Hitchcock, Alain Delon, Cary Grant, Diana Rigg, Ian Fleming, Federico Fellini, Leonard Nimoy, Peter Lorre, Paul McCartney, Sean Connery, Charlie Chaplin, John Lennon, and assorted Patrick Macnee (on the set of The Avengers). Search the internet for more "wild things" with Alfred Hitchcock, Edward Gorey, George Harrison, Tilda Swinton, Anthony Perkins, Leonard Nimoy, and others. I've had fun looking through the menagerie. 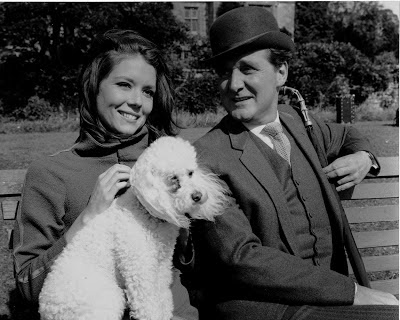 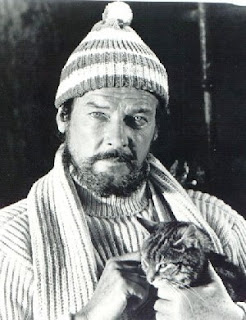 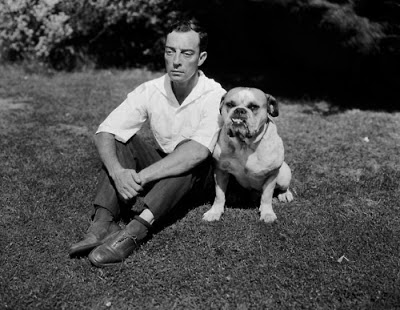 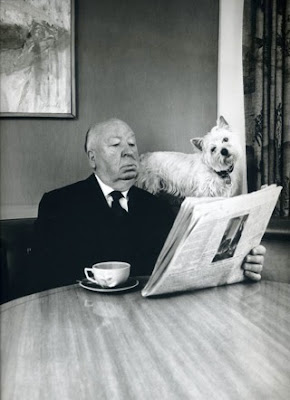 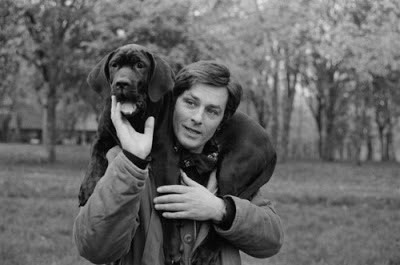 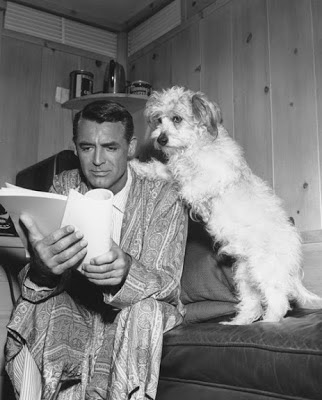 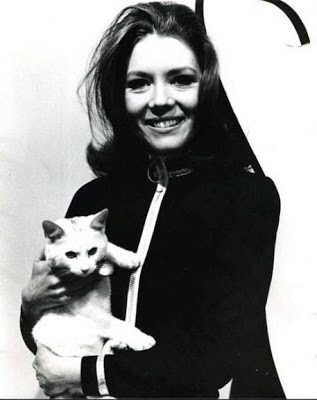 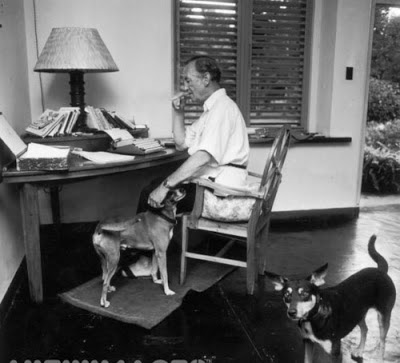 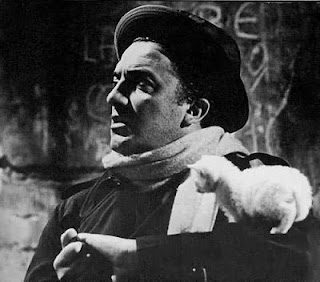 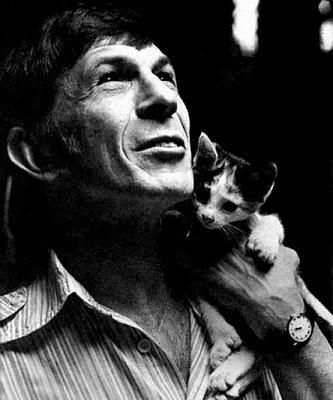 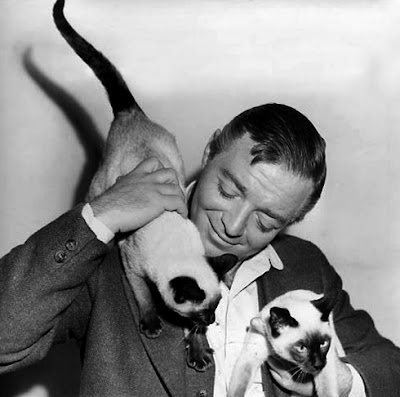 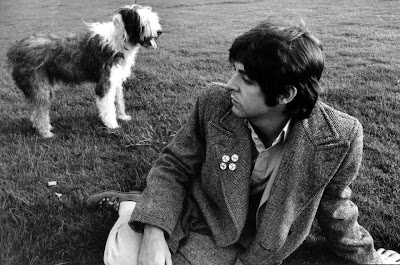 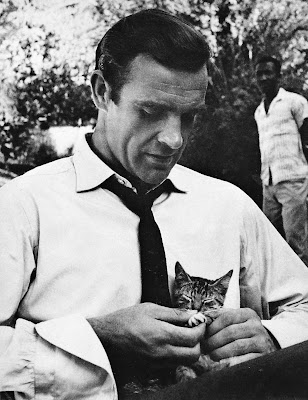 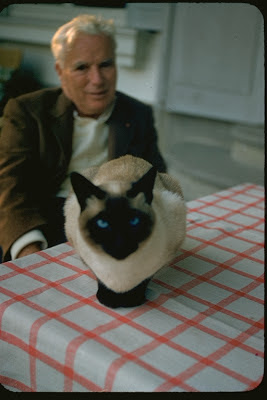 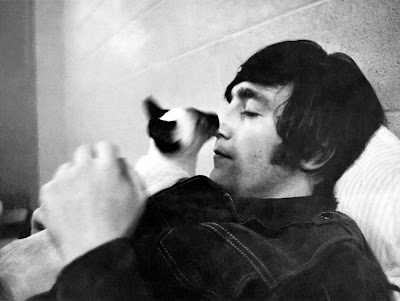 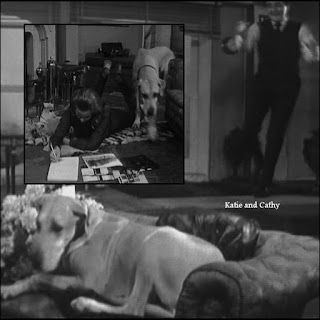 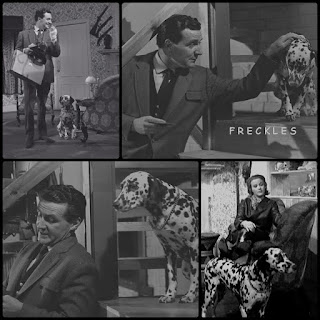 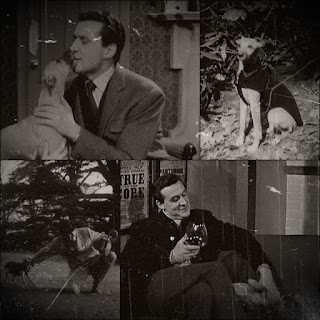 Can you help to support Spy Vibe? Please make a small donation with our secure Paypal tip-jar link at the top left of the main page. Nothing is too small to help cover the increasing bills for the domain, web-forwarding and other costs to maintain the site. Thank you!
Posted by Jason Whiton at 12:45 PM