Pulpfest starts early this year at the Spy Vibe lair. The Shadow Blu-ray edition was released today! From our pre-order announcement: I'm a big fan of classic claffhanger serials and radio shows. Despite their low budgets, they captured the fun mystery/adventure vibe of the pulp heroes from the early 20th Century. Hollywood efforts to bring these properties to the big screen have often missed their mark. Most misfires seem to have suffered from dumbing the material down, becoming too stylized or self-conscious, or from introducing too many edgy or modern elements. One film that managed to achieve some successful sequences and a great cast was The Shadow (1994) with Alec Baldwin. The screenplay was by David Koepp (Mission Impossible, Jack Ryan, Panic Room, Spider-Man), who drew on the original stories and preserved the vintage atmosphere. Fans of the film can finally enjoy a region 1 Blu-ray released today on June 4th. It is currently available from Amazon for $12.96. Looking for more pulp adventure on Blu-ray? Spy Vibe recommends The Phantom and Sky Captain & the World of Tomorrow. Visit Spy Vibe's image archive on Pinterest, which features boards devoted to The Shadow, The Phantom, and others! 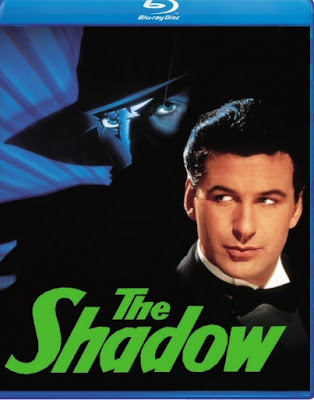 From Blu-ray: "Universal Studios Home Entertainment is bringing director Russell Mulcahy and screenwriter David Koepp's The Shadow to Blu-ray on June 4th. The action-packed adaptation of the 1930s pulp radio serial stars Alec Baldwin as playboy-by-day, vigilante-by-night hero Lamont Cranston, John Lone as the villainous Shiwan Khan, Penelope Ann Miller as a telepathic socialite and Ian McKellen as her father, a War Department scientist.""Synopsis: 'Who knows what evil lurks in the heart of men?' The Shadow knows! When an opium dealer named Lamont Cranston is transformed into a heroic crime fighter, he takes on the alter ego of The Shadow and begins battling evil with his newfound power to cloud men's minds. Soon The Shadow faces his greatest enemy: Shiwan Khan, a descendant of Genghis Kahn taught and trained by the same Tibetan mystic as Cranston. With the help of cab driver Moe Shrevnitz (Peter Boyle), The Shadow must stop Kahn from using atomic science to unspeakably destructive ends. Directed by Mulcahy (Highlander) from a script by Koepp (Mission: Impossible), the film also features performances from Tim Curry, Jonathan Winters and James HongThe Blu-ray edition of The Shadow is presented in 1080p with a DTS-HD Master Audio 5.1 surround track. No special features are included." 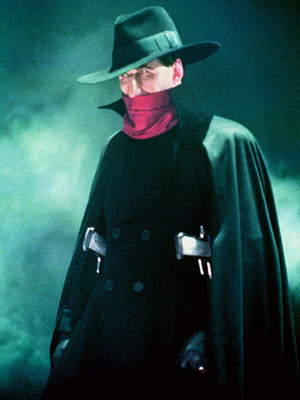 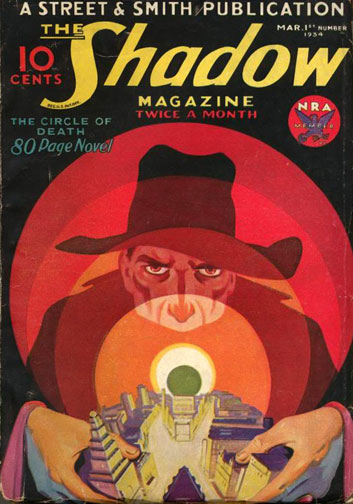 Can you help to support Spy Vibe? Please make a small donation with our secure Paypal tip-jar link at the top left of the main page. Nothing is too small to help cover the increasing bills for the domain, web-forwarding and other costs to maintain the site. Thank you!
Posted by Jason Whiton at 9:24 AM