Our man Jeremy Duns has published a new book! Duns has thrilled readers with a trilogy of spy adventures that follow his character Paul Dark. The first in the series, Free Agent, was praised by William Boyd (Any Human Heart, James Bond), who said it was "a wholly engrossing and sophisticated spy novel set against a forgotten corner of 20th century history. Fascinating and compelling." Free Agent was followed by Song of Treason and The Moscow Option. His curiosity and eye for detail have established him as both a prolific writer of fiction and a respected journalist. Over the past few years Duns has uncovered and clarified a number of fascinating stories about historic spy cases and about Spy Vibe favorite novelists like Ian Fleming and Len Deighton. You can find his work in the pages of The Times, The Sunday Times, The Sunday Telegraph, The Guardian, and many other publications. His new non-fiction book Dead Drop will be released tomorrow. Amazon UK page here. Amazon Kindle page here. Author pages here (UK) and here (US). Simon and Schuster page here. 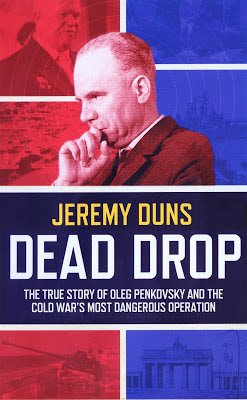 From the publisher: "In August 1960, a Soviet colonel called Oleg Penkovsky tried to make contact with the West. His first attempt was to approach two American students in Moscow. He handed them a bulky envelope and pleaded with them to deliver it to the American embassy. Inside was an offer to work as a 'soldier-warrior' for the free world. MI6 and the CIA ran Penkovsky jointly, in an operation that ran through the showdown over Berlin and the Cuban Missile Crisis. He provided crucial intelligence, including photographs of rocket manuals that helped Kennedy end the Cuba crisis and avert a war. Codenamed HERO, Penkovsky is widely seen as the most important spy of the Cold War, and the CIA-MI6 operation, run as the world stood on the brink of nuclear destruction, has never been bettered.


"But how exactly did the Russians detect Penkovsky, and why did they let him continue his contact with his handlers for months afterwards? Could it be that the whole Cuban Missile Crisis was part of a Soviet deception operation - and has another betrayal hidden in plain sight all these years? Thrilling, evocative and hugely controversial, Dead Drop blows apart the myths surrounding one of the Cold War's greatest spy operations." A favorite Free Agent cover design below: first edition paperback by Penguin US. 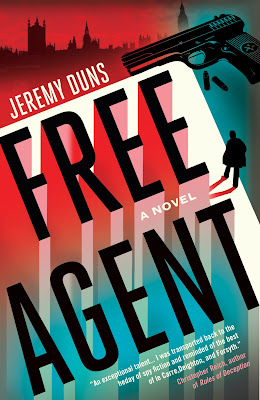 Can you help to support Spy Vibe? Please make a small donation with our secure Paypal tip-jar link at the top left of the main page. Nothing is too small to help cover the increasing bills for the domain, web-forwarding and other costs to maintain the site. Thank you!
Posted by Jason Whiton at 10:43 AM