Spicy Saturday: Spy Vibe has paid tribute in the past to Hugh Hefner, the boy cartoonist who grew up to be a celebrated champion of sex and sophisticated leisure in the 1950s. There were many people in that era who bucked against the post-war suburban ideal and today we spotlight Bettie Page, Queen of the Pin-Ups. Page became a cult hero by modeling for cheesecake, pin-up, and bondage photographs in the 1950s. She appeared in images for under-the-counter portfolio projects as well as high-profile gigs for Playboy and others. She became the center of a Senate Committee investigation that attacked publishers and artists for challenging the strict sexual climate of the times. Page later became a cultural icon of the sexual revolution and appeared as a character in comics, pop art, films, and on merchandise. She passed away at the age of 85 in 2008.

"I don't know what they mean by an icon. I never thought of myself as being that. It seems strange to me. I was just modeling, thinking of as many different poses as possible. I made more money modeling than being a secretary. I had a lot of free time. You could go back to work after an absence of a few months. I couldn't do that as a secretary." More info at her site here. Spy Vibe also recommends the 2005 bio-pic, The Notorious Bettie Page. 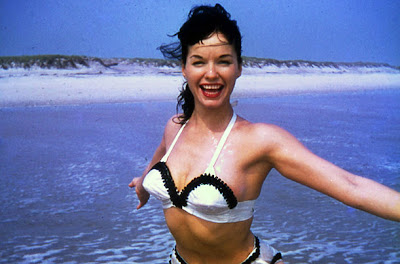 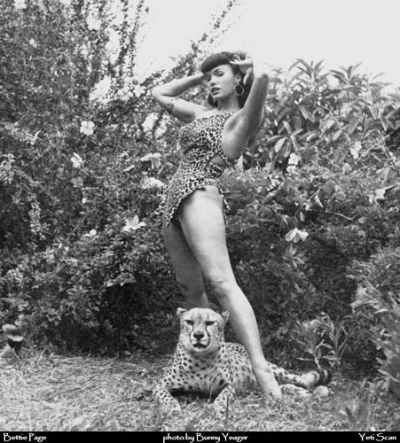 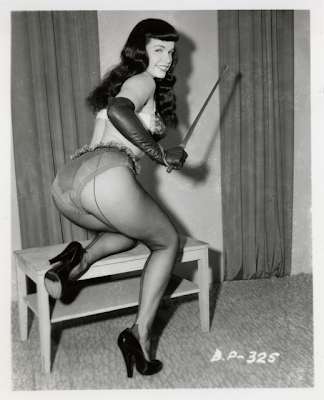 Can you help to support Spy Vibe? Please make a small donation with our secure Paypal tip-jar link at the top left of the main page. Nothing is too small to help cover the increasing bills for the domain, web-forwarding and other costs to maintain the site. Thank you!
Posted by Jason Whiton at 9:35 AM