Listings on Amazon reveal that Blackstone Audio will re-issue a number of James Bond continuation novels read by Simon Vance (Robert Whitfield) in August 2013. Vance was the voice behind the very successful series of Ian Fleming audio books produced by Blackstone that lead up to the Fleming centenary in 2008. The company produced all of the original novels and many of the James Bond books by Kingsley Amis, Raymond Benson, and Charlie Higson. Spy Vibers can now find most of the 007 audio books on iTunes! The reissues announced on Amazon are Amis' Colonel Sun and Benson's Man With the Red Tattoo and High Time to Kill. I am waiting for confirmation from Blackstone and hoping to get a look at the cover designs. The Ian Fleming novels were recently produced as a series of celebrity audio books in the UK- they are amazing! I'm curious to see if they will become available in the States, and how that might impact the availability of Blackstone's recordings. 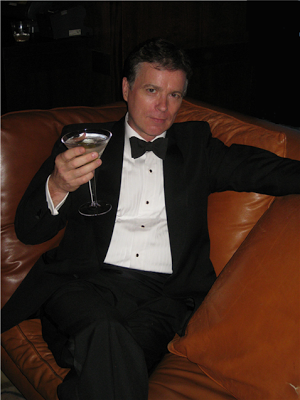 Simon Vance originally hails from Brighton. He had a career in BBC Radio for many years before moving to California to pursue acting and a tremendously successful career as a reader of audio books. Spy Vibers may be interested to learn that Blackstone will release Vance's reading of the Complete Sherlock Holmes in September 2013 (great cover design below)! I asked Simon Vance a few questions about his experiences. The book cover designs below are from his Blackstone audio releases. 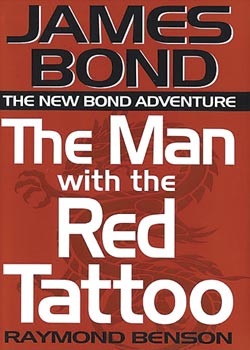 Thanks for taking the time to chat with Spy Vibe. My readers will be interested to learn more about you and your projects.

No problem. Bear in mind the James Bond novels were all recorded quite some time ago. On a quick trawl through my invoices, I found most of the Fleming Bonds were recorded in 2000-2001. Die Another Day was done in 2002 and Never Dream of Dying was in 2003.

I’m aware of celebrity recordings of the Ian Fleming books having been done recently in the UK and I had understood the rights to Bond that enabled me to do them through Blackstone may have expired. This may mean my recordings are withdrawn and the ‘celebrity’ reads become available in the US. I’m not sure how that’s going to work out and it may be worth researching. 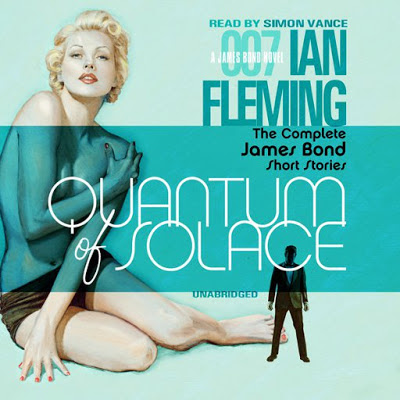 I've sent a note to Blackstone to follow up. Amazon has listed a few titles for re-issue in August: The Man With the Red Tattoo, High Time to Kill, Colonel Sun- though I must say that this was news to Raymond Benson. Have you been involved with plans to record new Bond titles?

I know a new Bond was published a year or so ago and I was not asked.

Carte Blanche was read by Toby Stephens for Blackstone in 2012. So many Fleming fans hear your voice when they read James Bond because of your successful series. How did you first become the James Bond reader?

It’s really rather simple- I was asked. I don’t know how many British narrators Blackstone Audio had on their books, but I’m glad to say I was the one that came to mind when they came to cast them! 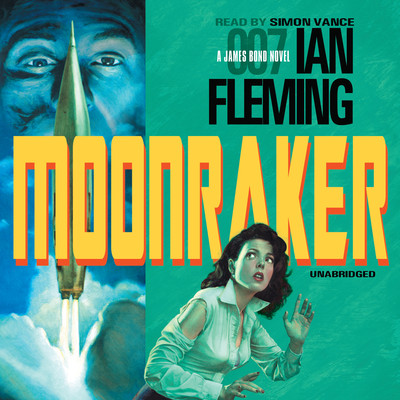 What did you notice about Ian Fleming's writing by working on the Blackstone Audio set?

I suppose I was surprised to find them more fun than I had expected. I was familiar with the movies, but I knew they had been adapted for the screen and generally bore few similarities to the novels. I also became aware of how misogynistic Fleming’s writing was (couldn’t display that fully in the movies in the time of Women’s Lib). Also how much racism was taken for granted then…

At the same time, I find Fleming's Bond more emotionally involved with his companions and more emotional about his experiences. Were you a Fleming fan growing up? Did you collect the novels? Did you have favorite 007 book covers?

I did not, but I remember them being in my parents’ bookshelves. My father died many years ago so I never got to ask him what his impression of them was – but since they were mostly all there he must have enjoyed them.  Funnily enough I was more impressed by the book covers on the Agatha Christie novels my parents had.

I've been looking a lot of those these days. Those vintage mystery novels had great designs. You can see some at my Pinterest image archive here. Are you a book collector now?

I rarely buy books for myself, as I don’t have time to read for pleasure. Just recently I’ve made more contact with authors of books I’m reading as part of my job, so I’m collecting lots of signed copies courtesy of grateful authors. 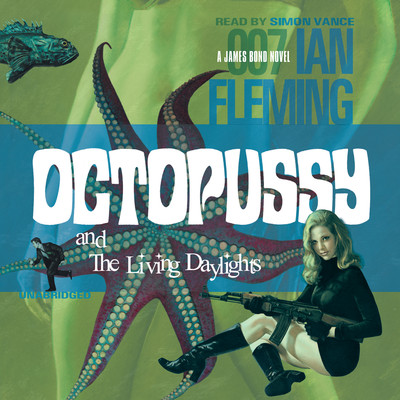 Was it difficult not to let the Bond films influence your readings?

That implies that I wouldn’t want them to influence me. But I welcome all kinds of influences into my narration. And if the public has a perception of how a character should appear or sound, and it fits with the character in the book, then I’m not averse to placing that picture in my head when I voice the words.  To do otherwise might be to do a disservice to the author and his/her fans. I was narrating at the time of Pierce Brosnan, but I think with whoever has played Bond, there’s been a certain ‘style’ (right up to Daniel Craig) that’s hard to avoid… I think I imagined myself as Bond and went from there.

What are your impressions carrying on the Bond legacy into the continuation novels?

I started recording them while still doing the originals. They are not Fleming, that’s for sure… but it’s like a different actor taking on the role – the fundamentals are the same. 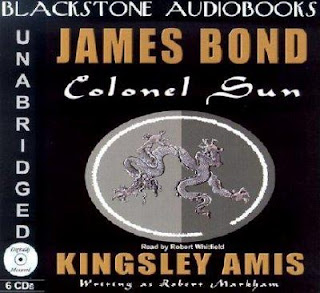 When you were growing up in England, did you follow shows like The Avengers, Danger Man, and The Prisoner?

Absolutely… and I was young enough at the time not to realize that Emma Peel’s name meant M(an) A (p)peal. Of course I saw Goldfinger at age 8 and ‘Pussy Galore’ was just a name…

Funny! I think I had the same viewpoint as a kid. Of course, Diana Rigg was my first crush! Can you tell us something about working on the Complete Sherlock Holmes due out in September 2013? I love the box design. 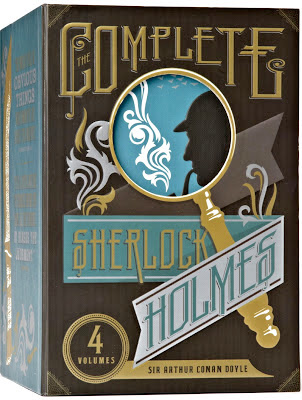 There are a heck of a lot of stories! It took two months, broken up by a couple of urgent projects, to complete. Conan Doyle’s early stories were actually rather difficult to read because of his manner of having people quote other people verbatim who are quoting other people verbatim and so on – (a little bit like Inception… how many layers deep can you go?). Thankfully he got out of that habit later and his writing became much better. The early stories I found a bit clunky in writing style, though the plots were always fun!

Are you a fan of the BBC program, Sherlock?

Yes, very much so. Such a great idea. After initially being a bit dismissive of the US attempt to ‘reboot’ Sherlock – typical of the Americans to steal from the British. I have actually started to watch the Jonny Lee Miller version set in New York. Though that’s so far from the authentic Sherlock as to be barely recognizable. Interestingly, I saw Danny Boyle’s stage production of Frankenstein at the National Theatre a couple of years back when Benedict Cumberbatch and Jonny Lee Miller alternated the role of the Monster and Dr.F – Funny that they’re now BOTH playing Sherlock!

It's great to see these characters continue! Any other comments or ideas that come up for you regarding James Bond? 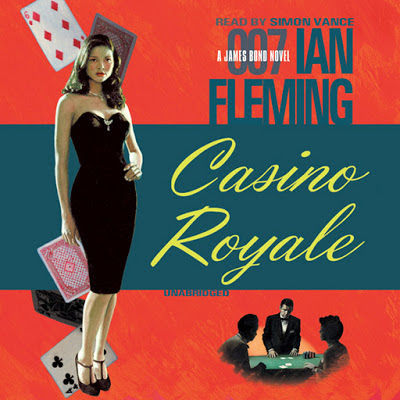 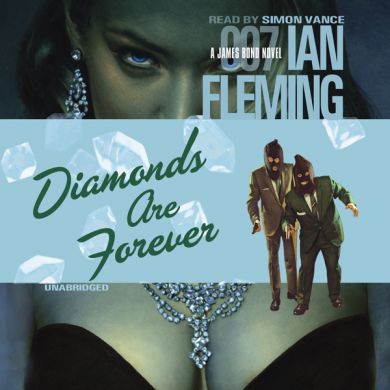 Want to support Spy Vibe? Please make a small donation with our secure Paypal tip-jar link at the top left of the main page. Nothing is too small to help cover the increasing bills for the domain, web-forwarding and other costs to maintain the site. Thank you!
Posted by Jason Whiton at 11:22 AM