It is the nature of the artist to stay a few steps ahead of popular imagination and to push for change, but it's a rare individual who can continually reinvent themselves and predict the course of culture over a long career. David Bowie and Miles Davis immediately come to mind. Miles Davis was born on this day in 1926 and his birthday inspires a brief spotlight on his fifty years as a major trendsetter in music and fashion. From the Bebop era of the mid-1940s, through Hard-bop, cool and orchestrations in the 1950s, to his meteoric rise toward Hendrix-inspired Jazz-Rock Fusion in the late-1960s and beyond, Miles Davis could easily serve as a guide to the history of Jazz and popular music during the last half of the Twentieth Century. 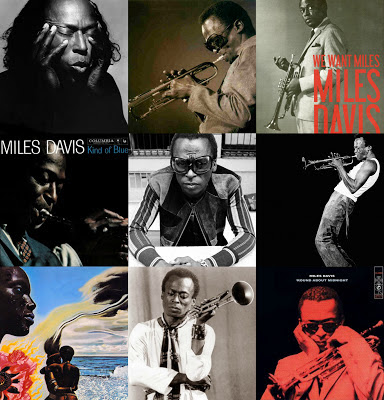 Although classic albums like Kind of Blue, Sketches of Spain, and Bitches Brew are often celebrated, I return most often to his haunting soundtrack for Louis Malle's 1958 film noir, Elevator to the Gallows. Miles Davis worked with a small group of French musicians to improvise a score around Malle's simple tale about two criminal lovers whose murder plot is interrupted when the man gets stuck in an elevator while fleeing the scene of the crime. Davis' mournful sound calls out as the audience watches the lovely Jeanne Moreau pace the night waiting for her accomplice to return. It has been described as the loneliest trumpet ever recorded and its vibe perfectly captures the way the film rests historically between classic noir and the modernism of the French New Wave. The film was remastered by the Criterion Collection in 2006 and includes a short feature about Mile Davis. 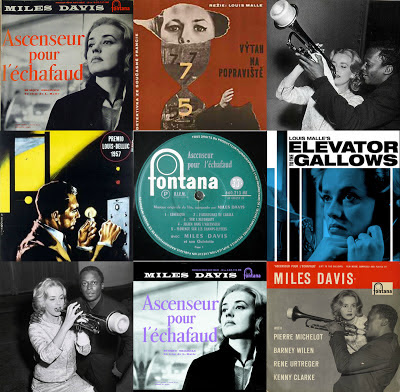 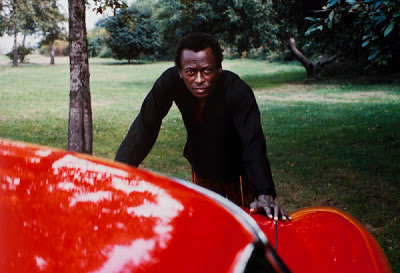 Can you help to support Spy Vibe? Please make a small donation with our secure Paypal tip-jar link at the top left of the main page. Nothing is too small to help cover the increasing bills for the domain, web-forwarding and other costs to maintain the site. Thank you!
Posted by Jason Whiton at 11:30 AM