Takao Saito, creator of Golgo 13, adapted James Bond and The Man From U.N.C.L.E. for the Japanese manga market in the 1960s. The stories were serialized in comic digests and collected for release as paperbacks. Saito's spy manga are some of the hardest artifacts to track down and it's a rare treat when collectors get to see examples of this work. The James Bond and U.N.C.L.E. books rarely appear on eBay and tend to be listed between $100-$300. Here are some rare examples of Saito's U.N.C.L.E manga, Napoleon Solo. It's fun to see how Saito fashioned the characters in the style of Golgo 13 and brought familiar secret agents into the dynamic world of his comic pages. It has been suggested that the style of Golgo 13 was derived from these earlier spy manga, which may have been cancelled due to legal issues. I'd love to see a large collection translated into English in the style of Chip Kidd's Batmanga (hear that, Chip?). Incidentally, Batman appeared alongside Solo in Shonen Magazine and I have included some pages by Jiro Kuwata below. 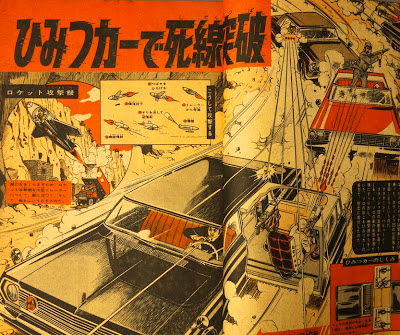 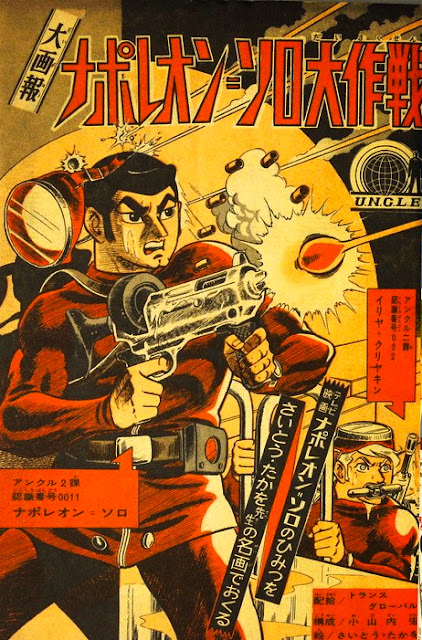 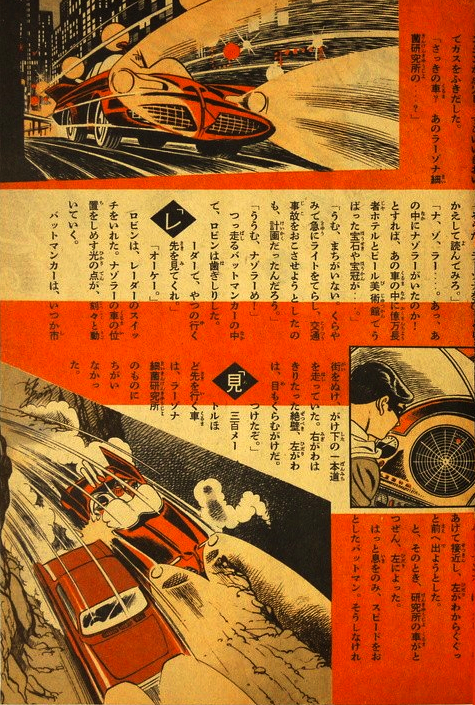 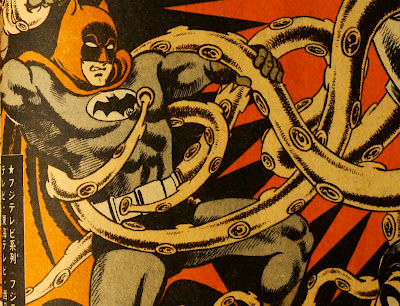 Want to support Spy Vibe? Please make a small donation with our secure Paypal tip-jar link at the top left of the main page. Nothing is too small to help cover the increasing bills for the domain, web-forwarding and other costs to maintain the site. Thank you!
Posted by Jason Whiton at 3:47 PM