The Fleetway Super Library series of comics from the UK sported dynamic cover illustrations that were sometimes based on other book covers and media images. Spy Vibe recently posted images that Fleetway shared with a famous design for a James Bond novel by Ian Fleming (post here). Fleetway's Johnny Nero series used actor Marcello Mastroianni as a model for its character depictions, but they also borrowed from Hollywood for their cover compositions. This famous 1967 Johnny Nero image was actually based on a famous movie still of Humphrey Bogart from the film The Enforcer (1951). My fellow C.O.B.R.A.S. site Permission To Kill has made the plausible suggestion that the Fleetway artist was most likely inspired by the poster art for the 1966 Eurospy film, Upperseven, which probably served as a missing link back to Bogart. 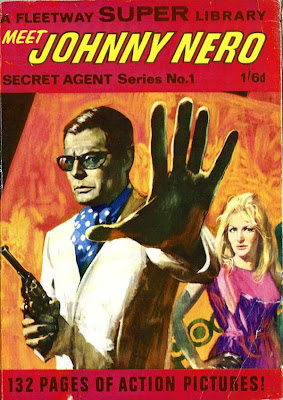 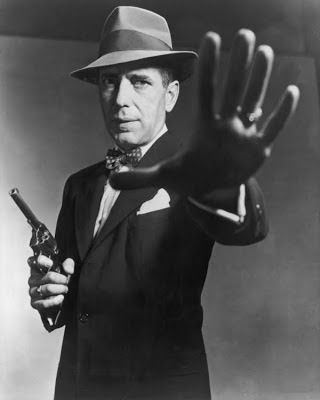 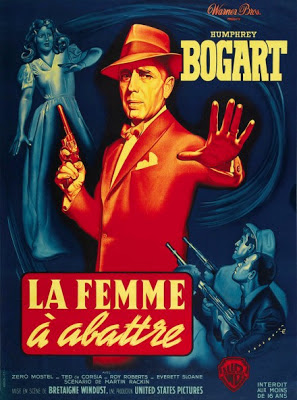 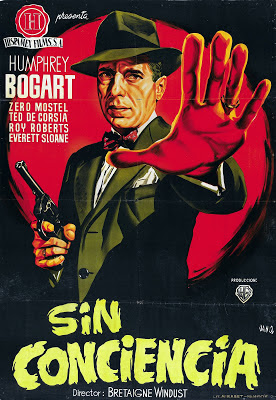 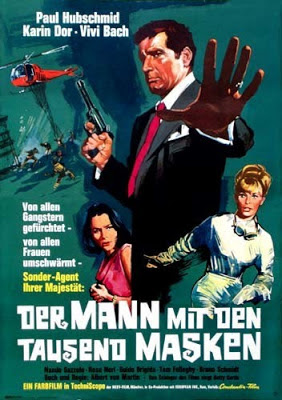 From Spy Vibe's Double 007 Design post: Likewise, we can see J. Oval's portrait in For Your Eyes Only repeated five years later on the cover of The Devil's Secret, a Johnny Nero adventure published in the Fleetway Super Library series in 1967 [Spy Vibe exposed this pairing in our Fleetway Super Library post here]. Have Spy Vibers uncovered similar design doppelgängers? Let us know! 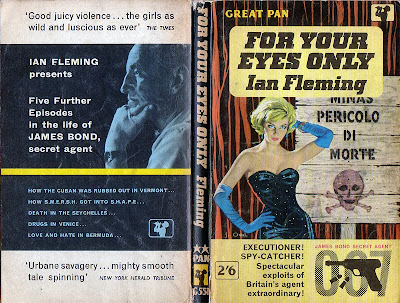 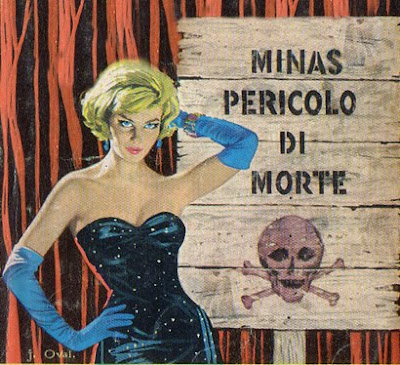 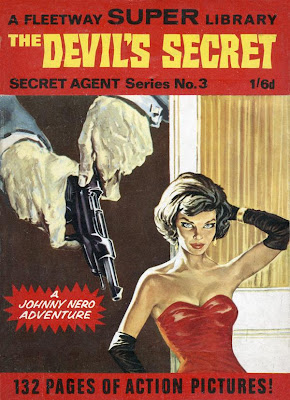 Can you help to support Spy Vibe? Please make a small donation with our secure Paypal tip-jar link at the top left of the main page. Nothing is too small to help cover the increasing bills for the domain, web-forwarding and other costs to maintain the site. Thank you!
Posted by Jason Whiton at 10:49 AM