A notable WWII spy, Krystyna Skarbek, was recently honored at a London ceremony. Skarbek fled Poland after the Nazi invasion and volunteered to work for British intelligence. Skarbek adopted the nom de guerre Christine Granville, which became her legal name when she later received British citizenship. She went on missions around the world and won the George Medal for bravery after parachuting into France to gather vital information toward the end of the war. Known as Churchill's favorite spy, it has often been speculated that she saw Ian Fleming romantically and helped to inspire his Vesper Lyn character, but other reports claim that she was not the James Bond author's lover. Biographer Clare Mulley addresses this in her new book (see below). In our correspondence, she mentioned that Fleming spoke of Skarbek in the 1950s. Krystyna Skarbek survived the war, but was murdered by an obsessed suitor in 1952. She was buried in relative anonymity until the recent efforts by the Polish Heritage Society to renovate her grave and restore her name to prominence. More details at BBC news here.


Krystyna Skarbek is the subject of a new biography called The Spy Who Loved by Clare Mulley, which has received very good reviews. Here is the synopsis from Amazon: "The daughter of a feckless Polish aristocrat and his wealthy Jewish wife, she would become one of Britain's most daring and highly decorated special agents. Having fled to Britain on the outbreak of war, she was recruited by the intelligence services long before the establishment of the SOE, and took on mission after mission. She skied over the hazardous High Tatras into occupied Poland, served in Egypt and North Africa and was later parachuted into occupied France, where an agent's life expectancy was only six weeks. Her courage, quick wit and determination, won her release from arrest more than once, and saved the lives of several fellow officers, including one of her many lovers, just hours before their execution by the Gestapo. More importantly, perhaps, the intelligence she gathered was a significant contribution to the Allied war effort and her success was reflected in the fact that she was awarded the George Medal, the OBE and the Croix de Guerre. In The Spy Who Loved, Clare Mulley tells the extraordinary story of this charismatic and difficult woman; a woman who seemed to know no fear and who exercised a mesmeric power power those who knew her." There was another book about Skarbek published about five years ago that spawned a movie project, but the film apparently did not get off the ground. With Skarbek's history, I imagine Mully's new book could be adapted into a successful BBC drama. Stay tuned for Spy Vibe's chat with the author this summer. 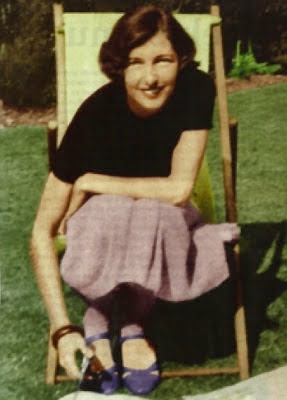 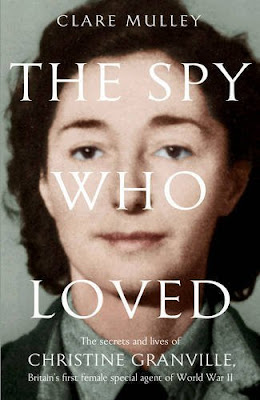 Can you help to support Spy Vibe? Please make a small donation with our secure Paypal tip-jar link at the top left of the main page. Nothing is too small to help cover the increasing bills for the domain, web-forwarding and other costs to maintain the site. Thank you!
Posted by Jason Whiton at 3:30 PM